Take-off to growth! Kide Science makes children excited about science in both Finland and China

Children were the first to get excited, then parents, then financiers. The children’s science educator Kide Science is internationalising rapidly ─ with China as the driver of growth and good IPR protection in its portfolio. The coronavirus spring also kicked the young company’s product development up a nokatch.

Kide Science’s founders Jenni Vartiainen, Aino Kuronen and CEO Sari Hurme-Mehtälä can be pleased with their accomplishments. While many private equity investment firms shut down their money supply in the midst of the coronavirus crisis, the company specialising in early science education for children received EUR 1.5 million in funding to accelerate international growth.

Founded in late 2017, Kide Science has already raised a total of EUR 2.4 million from domestic and international investors. In the spring of 2019, the science education concept that inspires children proved its international appeal by attracting major education investment companies from China, Singapore, Italy and the UK.

“Now, after two and a half years of running the business, we already have operations in fourteen countries in addition to Finland. Kolster’s contract and trademark experts have brought us security to enter new markets and ensured that all resale, partner and licensing agreements, as well as the foundation of IPR, are in order for the international market. Financiers have also wanted to make sure that these matters are handled professionally”, Sari Hurme-Mehtälä says.

There is now huge demand for early childhood science education especially in Asia. Kide Science was only just expanding its science club operations in Finland when the first enquiries already started coming in from China. The company had not even had time to start international sales.

“Exports gained momentum when the President of China Xi Jinping published the White Book of Education. It included an action plan according to which the level of science and technology must be raised significantly in China by 2029 − with special emphasis placed on early childhood education. He cited Finland as an example of a country with high-quality science education”, Hurme-Mehtälä says.

Soon, enquiries started arriving by email from other parts of Asia as well. The company was in a hurry to protect the Kide Science brand and the science education concept for children on the international market.

“I started looking into firms with expertise on China. I heard that if your intention is to embark on the Chinese market and Asia and IPR expertise is needed, it is worth contacting Kolster. I also knew CEO Timo Helosuo through my MBA studies, so it was easy to call him, get the conversation started and find the right contacts.” 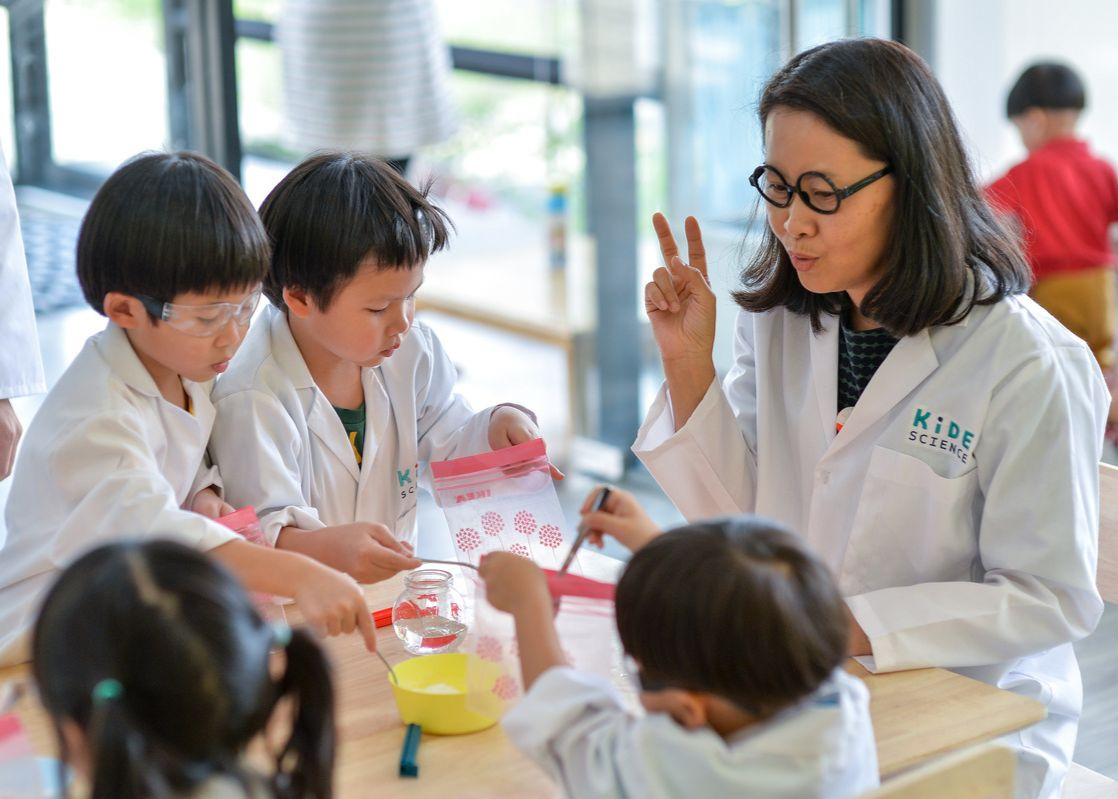 At the same time as Kide Science expanded in Finland, it was entering into international partnerships at a rapid pace. Kolster’s lawyer Sanna Häikiö has helped the company with agreements with new partners.

She developed clear and easy-to-apply basic agreement templates for Kide Science for the licensing of the science club concept for early childhood education professionals, such as day care chains or schools, as well as for international resale partners. The agreements have also been made suitable for franchisees.

“Sanna has seen to it that all country- and case-specific perspectives and different customer groups have been taken into account. She has provided advice on contract terms, pricing models and general data protection regulation issues alike”, Hurme-Mehtälä describes the cooperation.

Legal counsel has also been needed to comment on international partners’ own agreement template proposals and to monitor the interests of Kide Science.

“Sanna has acted as a legal interpreter for the practical significance of contract terms and helped ensure that we can commit to them without business risks.”

The latest big effort was when Kide Science signed a major deal in China in May with the Oran Bear chain. The agreement covers 70 learning centres across China.

“The agreement is very significant for us. It was negotiated and worked on for a long time between Kide Science, Kolster and the Chinese partner.”

Kide Science currently has licensing or resale agreements not only in China and Hong Kong, but also in Taiwan, Vietnam, Singapore, Malaysia, Bahrain, Thailand, Indonesia and Australia, for example. In Finland, Kide Science has cooperation agreements with, for example, the cities of Helsinki and Salo as well as the Touhula day care chain. 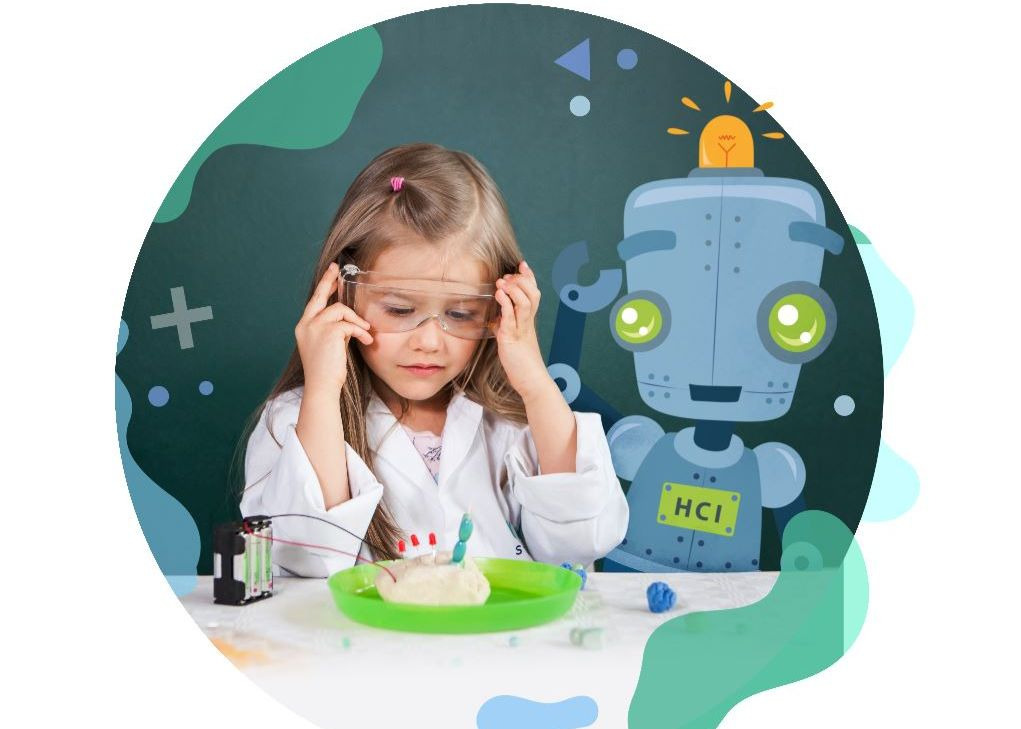 Copyrights can also be registered in China

International trademark protection has been extended to new countries at the same pace as new partnerships have emerged. Kolster's trademark expert with a particularly good knowledge of the Chinese and Asian markets, has been responsible for the protection of the Kide Science brand on the global market.

Kide Science’s biggest growth expectations are in Asia and especially in China, so the company has wanted to protect its business as well as possible on that market. However, the startup company has also had to balance and prioritise extending international protection to new countries between funding rounds.

Registering copyrights is possible in China’s intellectual property system. It is possible to apply for copyright registration for logos as well as other results of creative work. It comes as a surprise to many companies that copyrights can and should also be registered in China.

“They are important in infringement situations, as invoking copyright requires a separate registration in China to prove copyright to the copied work. You need to have it in black and white, i.e. a registration certificate in Chinese”, Kolster's trademark expert confirms.

“In an infringement situation, invoking copyright requires a separate registration in China to prove copyright in the copied work. You have to be black on white, ie the registration certificate in Chinese, ”says Kolster's trademark expert.

At the core of Kide Science’s business are the brand and content: texts, videos, images and characters. In partnership agreements, it has also been essential to take care of the rights to translations.

“With Kolster’s help, we have ensured already in agreements that the rights to content translated by local partners also belong to Kide Science.” 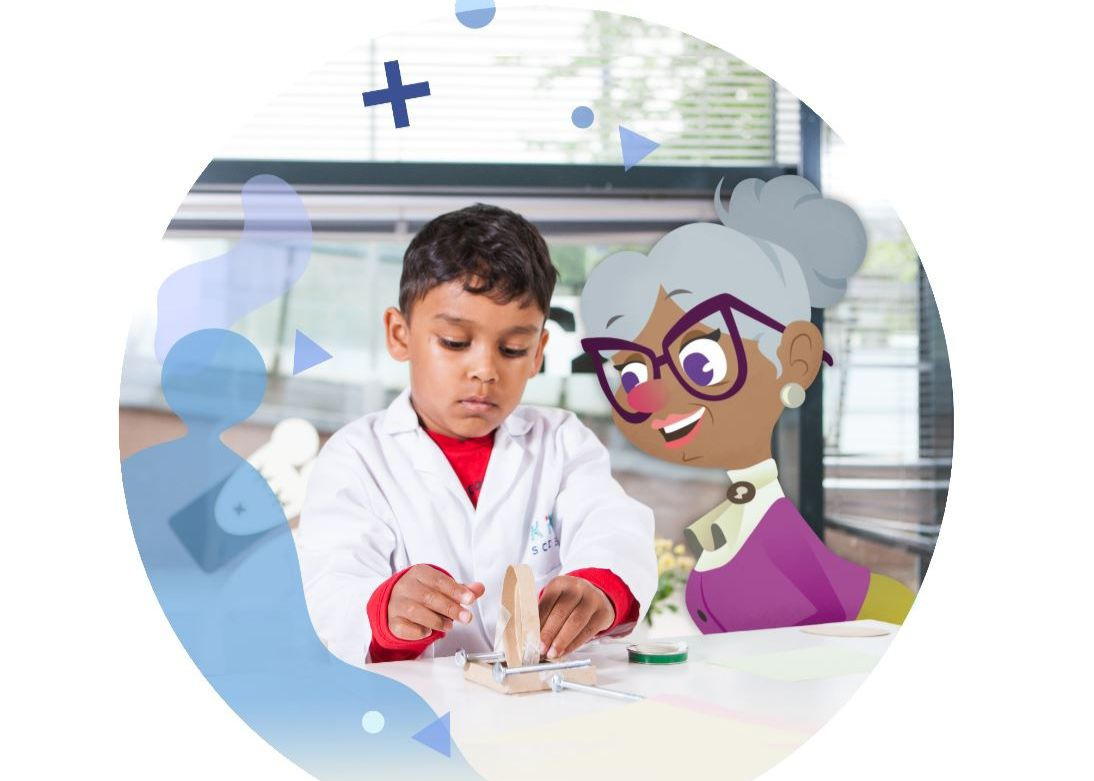 When the coronavirus closed schools and kindergartens around the world, Kide Science used the time left over from sales effectively for product development, and quickly released a new online version of its children’s science club for home use.

“We had already planned to make a product for homes as well. Now with the coronavirus, we had a good time window to complete and push it onto the market faster than scheduled.”

Kide Science’s unique model of playful and story-driven science education was originally based on the doctoral thesis work of Jenni Vartiainen, PhD, at the University of Helsinki. The pedagogical model relies on a playful fantasy world in which children play scientists under the guidance of a teacher or parent. In the stories, the robot Hoseli is often in trouble, and the children should save it with the help of information they produce from experiments.

The model was tested in a three-year research project with science clubs for children aged 3−6 led by Jenni Vartiainen and Aino Kuronen. In some of them, parents were also allowed to be involved. When the study ended, both the kids and the parents absolutely wanted to continue, as they thought the science clubs were “the best hobby ever”.

The concept has expanded from science clubs led by teachers to also include mobile adventures. Kide Science’s founders are also known from the children’s science show "Tiedonjyvä" with Yle, Finland's national public broadcasting company, which utilises the same pedagogy. In addition, the company has a children’s science book series published under the Sanoma Learning brand "Oppi & ilo”. 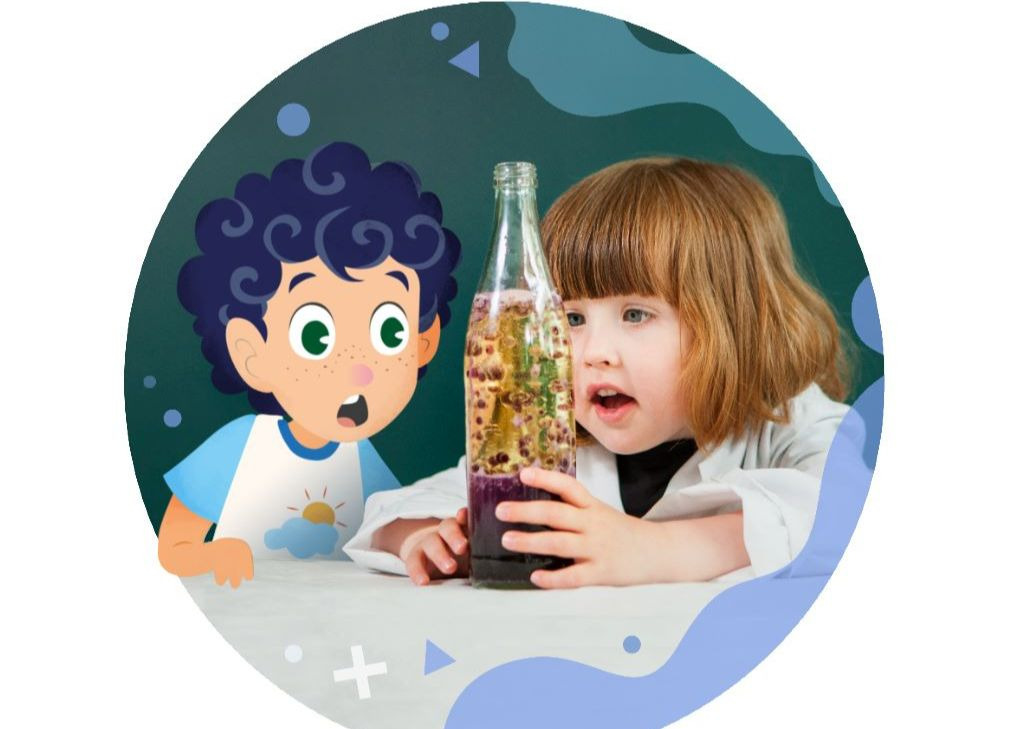 Kide Science and Finland’s education exports on the upswing!

The world’s population is growing, and all countries seeking development have recognised that education and early childhood education are key to increasing prosperity and economic competitiveness. The value of Finnish education exports totalled EUR 365 million in 2018, and the aim of the export growth programme Education Finland is to increase the value of these exports to EUR 1 billion by 2030. Kide Science, too, is pursuing a slice of this growth.

“Now that we have large private equity investment firms involved, the goal is to scale the business quickly and grow internationally.”

There are other science clubs for both parents and children in the world, but Kide Science is a pioneer in early science education for children under school age in particular.

“We know what makes young children excited about science, and the material is of high pedagogical quality. We maintain the children’s own curiosity, and they can find out for themselves how the world around them works. We have created an entire fantasy world around the Kide Science concept.”

With the online platform as well as existing English-language content, Kide Science will next test its science education concept on the home school market in the UK and US. In addition, Kide Science is seeking even bigger partnerships.

“We are currently in talks with a major electronics manufacturer to see if the Kide Science education content could be included and ready to use in their new consumer products through a user interface icon.” 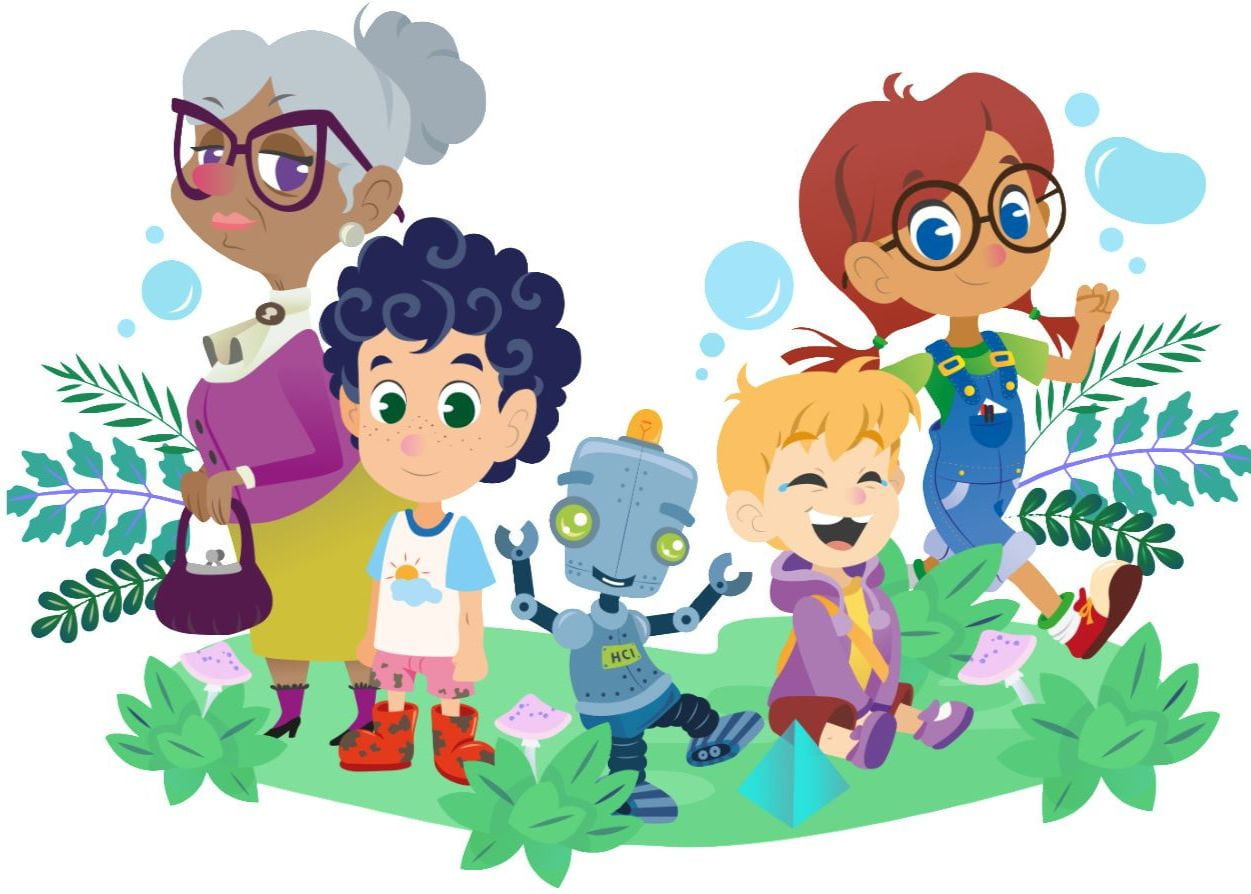 Are you starting a business or is your business expanding into new markets? Contact our legal and IPR experts:

We are not talking about it enough in Finland: China’s digitalisation offers huge volumes for Finnish companies