From a cap to a lifestyle brand! Tella is aiming to the international market

The manufacture of TELLA® artisan caps, which began just under a hundred years ago in Southern Ostrobothnia in Finland, transformed into an internationally growing lifestyle brand. The locally produced caps are blending into a broader, responsibly manufactured line of designer products. The conquering of new markets is progressing in a promising way with brand protection carefully planned and targeted with Kolster’s trademark professionals.

When Liina-Maaria Lönnroth was 14 years old, she designed her first TELLA® line and managed to get it into production through the strict screening of her CEO grandfather, who had seen many fashions.

“I always had to be able to justify whether a design really made commercial sense. I learned the basics, like the fact that a commercial product cannot have too many details. All fabrics were meticulously selected and carefully used up. No more than the necessary number of caps was ever manufactured.”

The production of TELLA® caps began in 1935 at the Teuvan Lakkitehdas hat factory established by the “six-man hat team” of Aarne Saksa, and continued with the family company led by grandfather Antero Saksa.

Now Lönnroth is continuing the story of the merchant family, who came to Finland during the Hanseatic League period, in the fourth generation, and is leading Tella Oy, which she founded in 2016, on an international growth path.

“Tella has taken a significant digital leap. We have modernised production and created a lean strategy, a new business strategy, an IPR strategy and an online shop for the company. All the groundwork has been done well, and the company is now ready for international growth”, CEO and head designer Liina-Maaria Lönnroth says.

The good preparations have been aimed at Tella’s primary markets being outside of Finland already in the near future.

“With this goal in mind, I first met a Kolster representative at an IPR clinic for entrepreneurs in Seinäjoki as I was thinking about a growth strategy for my company. I was left with a good impression of Kolster and the discussions we had.”

From the clinic, Lönnroth got in touch with Kolster’s trademark professionals in Helsinki. Discussions on protecting the new lifestyle brand continued, and the protection strategy matured alongside the business strategy.

“I feel that I have received good service and sufficient information on IPR issues. I have been able to make decisions based on this information in good spirits without being left feeling uncertain. I appreciate it, as international protection involves costly investments for a small company.” 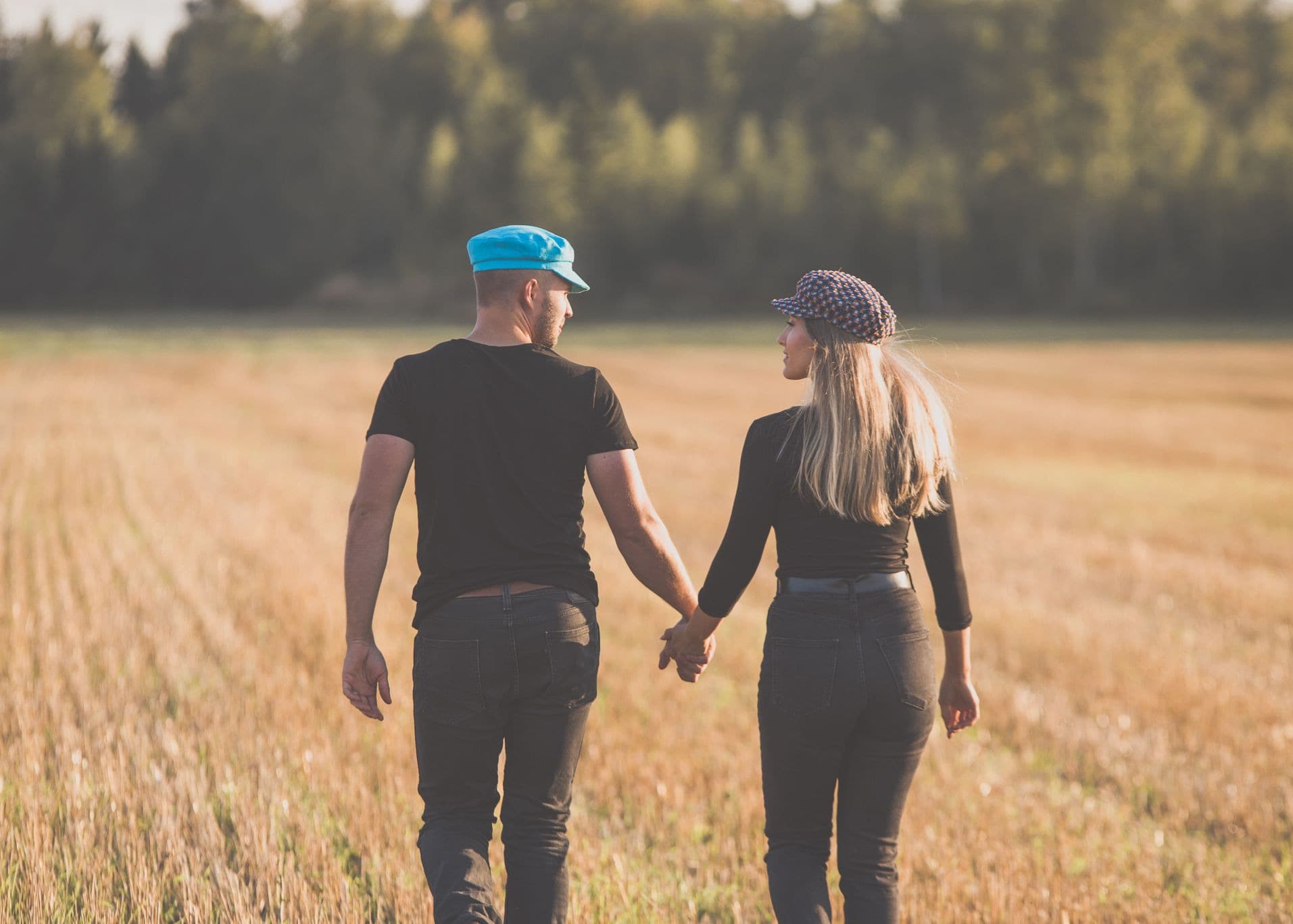 “Proud and handsome cap” is expanding into a lifestyle line

In Tella’s hat-trick, the “proud and handsome cap” is expanding into new product categories: clothing, accessories, jewellery and interior design products. At the heart of the brand is a whole lifestyle that includes responsible choices, not just individual products.

From the outset, it was clear that strong internationalisation is the strategic choice and direction into which Lönnroth wants to take the new Tella.

“Already during the hat factory period, we had significant exports to Central Europe, and we supplied caps to the royal family of Norway, for example”, Lönnroth describes the company’s grand exports history.

With the recession and upheaval of the textile industry, the hat factory ceased operations in the 1980s, and direct exports waned.  For about 20 years, products were exported mainly to the Baltic countries and Russia through Stockmann.

In 2020, Tella’s goal is to boost exports to strong growth in new markets, including outside the EU. The company already has significant distribution agreements in Germany.

“Growth, new customers and opportunities are already in sight. Tella has also been noted at major lifestyle and fashion houses, as we genuinely represent the current megatrends: ethicality, responsibility and local production.”

Telia refined the brand’s protection strategy in cooperation with Kolster’s IP Lawyer. The company then applied for and was granted an innovation voucher by Business Finland, which was used for Kolster’s services and international trademark protection of the TELLA® brand.

At that time, the world conquest had already begun with EU trademark registration. When the innovation voucher was obtained, funding was focused on international applications for the most strategically important growth markets outside the EU: first in Japan, Norway, Canada, Switzerland and Russia. 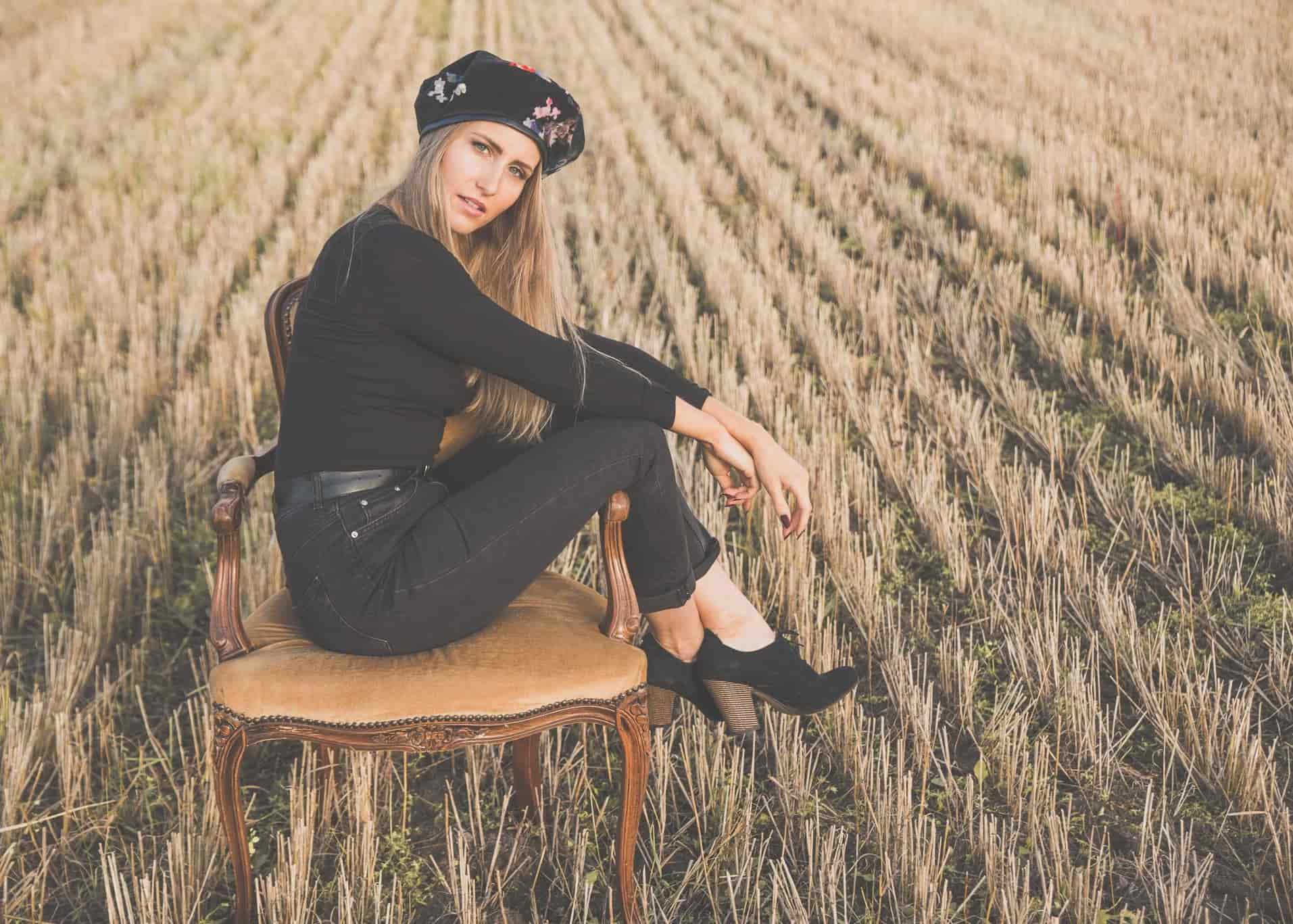 A better night’s sleep ─ thanks to trademark professionals

As a responsible entrepreneur, Lönnroth has wanted all IPR and other legal issues to be handled with professionals from the outset.

“As a large IP firm, Kolster has brought assurance that things go right and I will not be swindled. Kolster has expertise in many areas and matters are not dependent on one person. I have had a better night’s sleep as an entrepreneur through this cooperation.”

Lönnroth explains that she identified a clear business risk in the selection of classifications in trademark applications, for example.

“On my own, I would not have been able to choose the right classes for the lifestyle area and identify the products and services included in the scope of protection comprehensively enough so that all future plans would have been taken into consideration”, Lönnroth says.

It is indeed advisable to be careful with the classifications determining protection, as rectifying any shortcomings later is expensive ─ and you will be left without protection as well.

“The goods and services listed at the application stage may not be extended later on. Therefore, it is best to use resources as efficiently as possible and to build protection to be sensible but as comprehensive as possible. This is done to avoid a situation where, for example one year later, it is noted that now there is a new product to be launched, but it cannot be included within the scope of trademark protection retroactively”, Kolster's IP Lawyer explains. 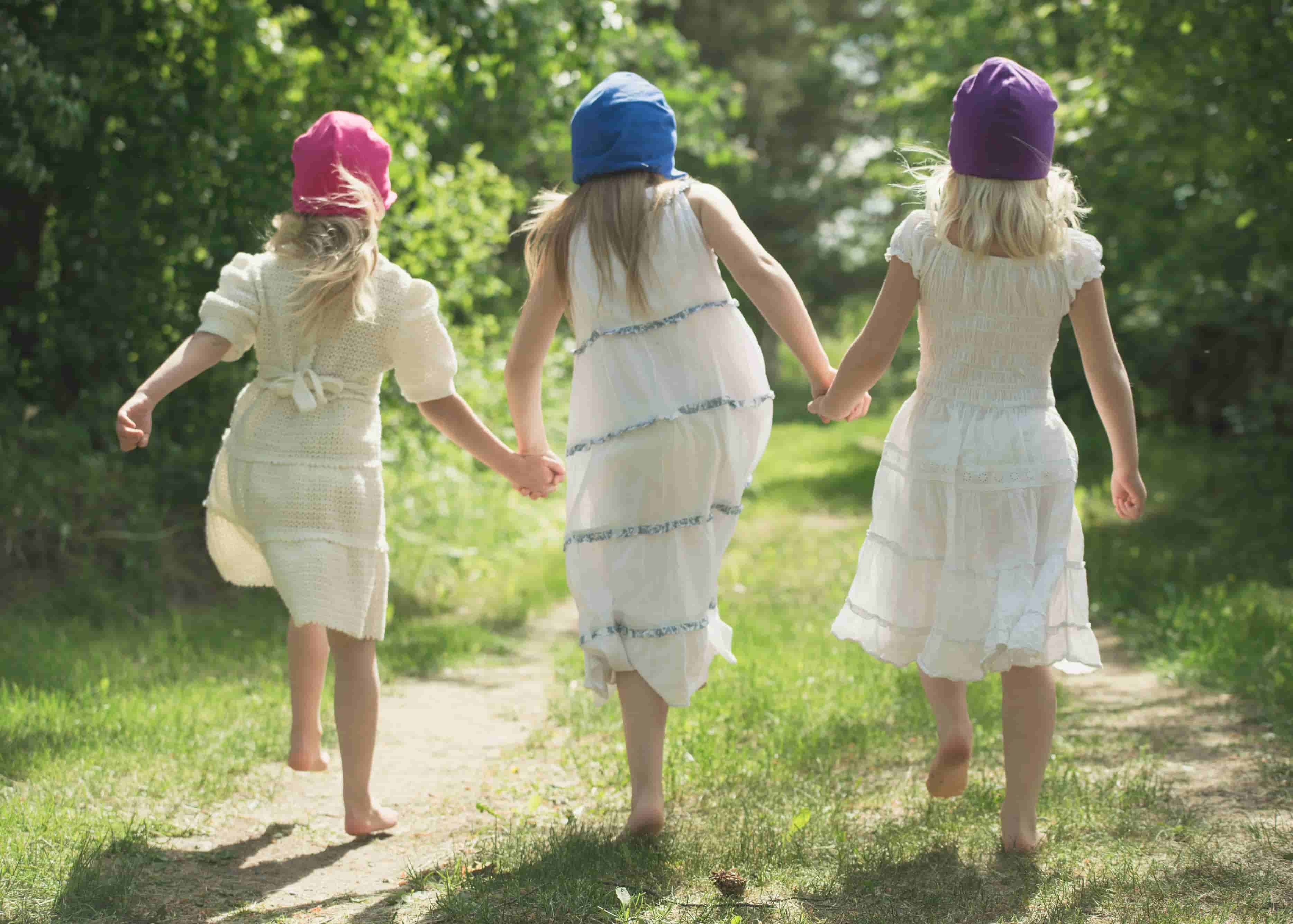 The giant Chinese market is of interest to Tella. Although it will not be a primary market at least in the near future, protection has been sought for the brand against counterfeiters and trademark hijackers also in China as regards the most important product categories.

On Kolster’s recommendation, a national trademark application was filed in China through the local system. The localisation of the trademark in Chinese characters will be considered at a later stage.

“In China, the trademark classification system, especially the subcategories within the main classes, differs from the international system. With a national application, we were able to make better use of these subcategories for protection as well”, Kolster's IP Lawyer explains the China strategy chosen.

The arrival of the TELLA® brand into new markets was first noted in Italy, where a local fashion brand tried to prevent the trademark from being registered in the EU and threatened with opposition.

“If I had applied for the trademark registration on my own, I would have felt very insecure. I would have needed to consult a lawyer at this stage at the latest. As the application process had been handled by Kolster from the outset, defending the brand was taken care of in a cost-effective manner, and the case was quickly resolved.”

According to Kolster's IP Lawyer, it is fairly common for competitors to file oppositions, even without sufficient legal grounds. However, the situation was challenging as the EU registration was needed as a basis for international applications.

“After discussion, the opposing party withdrew, the registration became effective throughout the EU in all desired product categories, and we were able to take advantage of the priority to the EU registration in international application.”

Soon after the filing of the international application, Tella was also approached by invoice fraudsters, who have become more common in the IPR industry.

“Kolster warned me about these senders of unfounded and misleading ‘registration invoices’ in advance, so when I actually received some, I knew to be on my guard.” 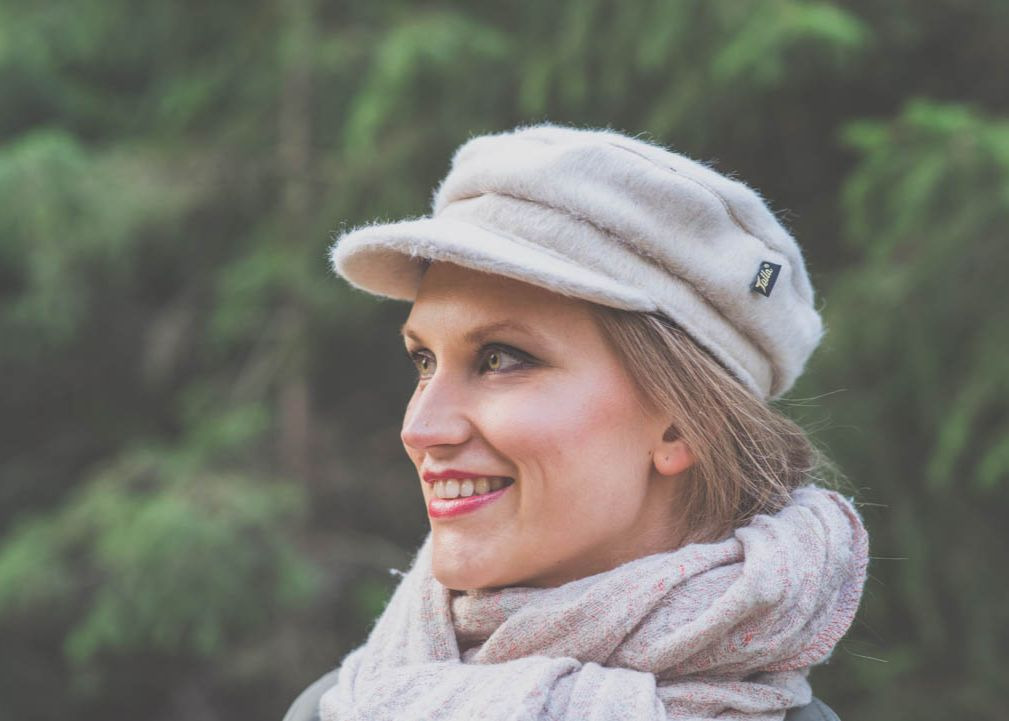 Growth! Something old, a lot of new ─ ethically produced

Lessons from grandfather continue to be valued in the revamped TELLA® brand.

“I think it is great to move the brand forward while still retaining the same value base of local production and ecological choices. We use natural materials, we do not buy anything from outside Europe, and I investigate carefully how the fabrics have been produced.”

The collections are designed to withstand the test of time. There are still classic designs in production, such as the winter hit product, ethically produced BOM merino wool beanie, and the ISTO cap and AINO sunhat created from linen by Lapuan Kankurit, a close local partner company.

“I am excited to be able to implement the new TELLA® Life concept. Now that the brand is protected, we can start exporting it to the world safely and more visibly ─ and make growth happen.”

According to Lönnroth, there are many inspiring things underway through partnerships. Marketing tools of the digital age, such as videos, blogs and influencer marketing, have been introduced to increase international brand awareness.

“We are collaborating with blogger Sandra Emilia, for example. In partnerships, too, I want to act ethically and adhere to the legal rules of marketing. It has been useful to discuss these things and agreement details with Kolster as well.” 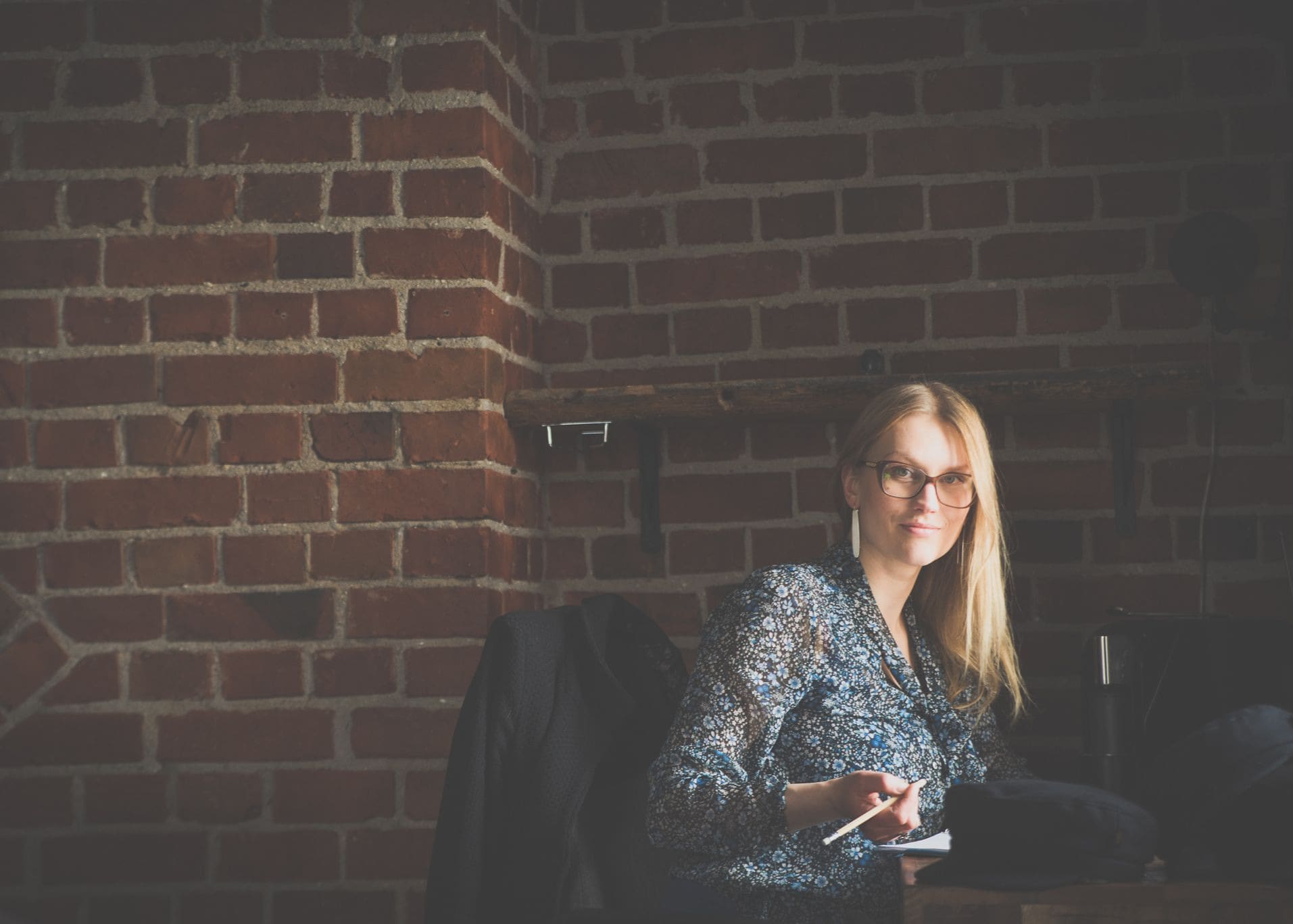 Want to discuss protecting your brand on the international market?

Teknos: Paint and coating brands in a managed way into trademark portfolio