“It is extremely difficult to determine at which point an artificial intelligence algorithm starts to operate independently. For example, a quantum computer is able to read and combine data in a quantity that a person is incapable of taking on. However, an individual may do something unexpected and creative that artificial intelligence is not able to do. But what then is the definition of creativity?”, Kolster’s Partner and European Patent Attorney Marjut Honkasalo wonders.

A heated debate on the possible role of AI as an inventor re-emerged in publicity when a British research team filed patent applications with, among others, the European Patent Office (EPO), in the United States and Britain. In the applications, the artificial intelligence DABUS was named as the sole inventor and Stephen Thaler, the leader of the research team identified as the creator of the AI, was listed as the applicant.

“In December, the EPO announced that it had rejected the applications because, in Europe, it is still presumed that the inventor is a human being. Guidelines for what to do in such situations have been discussed for a long time in the IP world, but no consensus has been reached. Thaler will certainly be appealing the recently published decisions, so the debate on artificial intelligence as an inventor continues”, Honkasalo says.

If artificial intelligence is accepted as an inventor, it must also be resolved who owns the rights to the invention and on what grounds. With the DABUS applications, for example, the EPO was first notified that the applicant had acquired the rights based on an employment relationship – meaning that Thaler would be the employer of DABUS. The notification was then corrected to say that the applicant is the inventor’s successor in title.

Honkasalo: Artificial intelligence equals the data that is entered into it

Even though the workings of artificial intelligence are already raising questions about inventions and creativity, robots that behave like humans and machines replacing all manual labour are, according to Honkasalo, only found in science fiction films and literature for now.

“Anything can happen as quantum computers evolve, for example. However, we are not yet at that level of technology. Artificial intelligence that makes independent decisions similarly to humans is being developed for Kela, for example, but it can take years to complete. I have not yet come across a chatbot that would reply with anything other than ‘the question is too difficult, I will connect you to a person’”, Honkasalo says.

“Artificial intelligence equals the data that is entered into it while it is being trained. In the early days of the Tinder application, it was noted that the application suggests people in an unequal way to men and women of the same age: to men women the same age as them or younger, and to women men the same age as them or older. In one recruiting program, in turn, the operation of the artificial intelligence was based on data on previously hired people, who happened to all be men. This caused restrictions of the ‘this job can only be done by men’ type to appear in the program”, Honkasalo says.

Large offices in the IP sector are almost competing with each other to develop their own AI applications that help examiners, for example, do background work and find references more efficiently.

“When WIPO (World Intellectual Property Organisation) introduced its own image recognition program for trademark image search, EUIPO’s (European Union Intellectual Property Office) Miguel Ortega said that their program was similar but more advanced artificial intelligence -based application. As proof he stated that, according to EUIPO’s trademark search, an image of his face was similar to Superman. The result provided by WIPO’s program was that he is Heidi from the Swiss Alps. So which is the better program?” 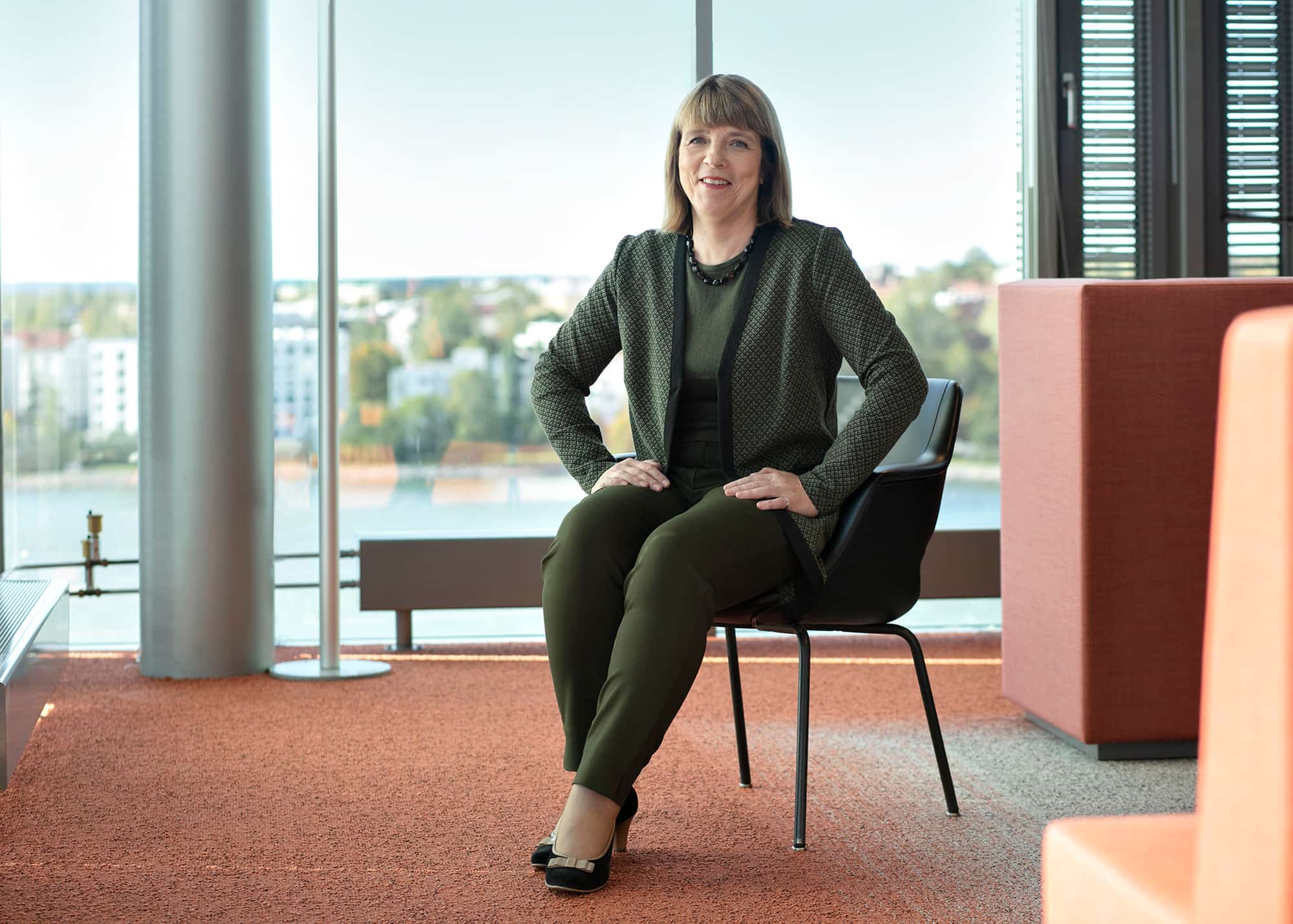 An algorithm alone will not obtain a patent

As artificial intelligence evolves, it becomes necessary to rethink how AI is taken into account in inventions and how it affects the evaluation of inventiveness in patent applications. AI inventions are patentable under the same rules as any software: the use of artificial intelligence must be limited to a specific purpose. In Europe, that purpose must be technical.

“In Europe, the purpose or advantage cannot be, for example, saving money. An algorithm alone cannot be patented either. Compared to the United States and China, the European Patent Office is the strictest in this respect. In Europe, the invention has to be limited to a specific technical purpose, and all other aspects of the invention are stripped away when evaluating inventiveness”, Honkasalo says.

Sufficient description of the invention in the patent application also poses challenges. For example, if artificial intelligence is trained to identify a benign mole and a cancerous one from an image, it must be considered whether it is enough to simply explain in the patent application that a countless number of these types of images have been used to train the artificial intelligence and it can now classify based on them.

“Another problem relates to describing the algorithms running within the invention. Even if the AI invention is based on generic algorithms that anyone can download, do they still have to be described in the application and at what level of detail? For example, when patenting computer programs, codes do not need to be described. However, there is no consensus on this”, Honkasalo says.

And should the algorithms or AI training data be stored when applying for a patent? The issue has been influenced by the biotechnology sector, where biological material is stored in separate deposit facilities, if the material is not publicly available and cannot be adequately described in a patent application.

“The amount of data used to train artificial intelligence is often huge, so storing it separately for storage would be challenging. The data may also contain business secrets or be copyright protected, so storing it in the public domain may involve legal issues”, Honkasalo says.

Patenting AI is always worth considering

On the other hand, the description must provide support for obtaining a patent based on the current criteria.

“Preparing an application that covers all possible options requires a lot of work, time and is costly. However, balancing time, available information and the monetary investment is not just related to AI inventions, but has always been the case.”

Many mistakenly believe that if a computer program or artificial intelligence is used in an invention, it cannot be patented.

“When artificial intelligence is used for a specific technical purpose, patenting is always worth considering. Applications should also not be limited to the European type alone, as it may be possible to obtain broader protection outside of Europe”, Honkasalo says.

Europe rejects, others may grant

The same application may not mature to a patent in every country. Patent professionals need to constantly monitor the updated instructions of offices so that they are able to write a patent application that takes into account the different conditions in different countries – and succeeds.

“The EPO has compared with the Chinese office and the Japanese office examples of software inventions. From the comparison results one can conclude how a particular artificial intelligence application would be rejected at the EPO under the current legal practice, but might be successful in Japan or China. A similar comparison with the US office is currently underway”, Honkasalo explains and gives an example of different practices:

“China would have granted a patent for an invention in which data is transmitted at a maximum or lower speed depending on the value of a parameter in the customer data. The parameter value depends on how much the customer pays for the data transmission service. The EPO, however, rejected the application. As the parameter is based on price, the EPO says that it is a business matter, and all aspects related to financial considerations are eliminated when evaluating inventiveness. In China, no such elimination is done.”

According to Honkasalo, the most advanced types of artificial intelligence are machine learning and machine vision, which are utilised and patented especially in automotive technology and health care.

“The machine sees when a car drives into the parking facility. It identifies the registration number, opens the boom gate on that basis and charges the correct fee. In health care, artificial intelligence can serve as a doctor’s right hand. An AI application can, for example, scan a user’s eye at home and analyse whether or not the situation requires hospital care”, Honkasalo says.

According to Honkasalo, artificial intelligence will change and facilitate job contents in the future.

“It is a tool! People make the decisions, but a smart device can provide assistance in every industry, for example, by speeding up data collection or improving road safety. Artificial intelligence will certainly also help us in the future with industrial process control or when looking for solutions to reduce emissions.”

Entrepreneur, do you want to succeed? Ask IPR strategists to help you

Need protection for your invention?

An abstract idea or a patentable invention?