A strong sense of internationalism and continuity as well as a desire to develop the IP sector and legislation have been the guiding principles behind the Kolster family business since it was established in 1874.

The company’s founder was Rudolf Kolster. His international background and determination to create client relations beyond Finland’s borders paved the way for the firm’s international outlook. The company’s growth is also closely tied to the development of legislation on industrial property rights. Rudolf Kolster was on the committee that drafted Finland’s new laws on patents at the end of the 19th century.

1874
Rudolf Kolster, an engineer, moves from Germany to Finland and starts working in an engineer’s office and as a teacher, but also as a patent attorney as a sideline occupation. He files his first patent application in February 1874, representing two British industrialists. Their invention has to do with the treatment of wood fibre in paper manufacturing. It will not be until ten years later that any more than just a couple of patent applications get filed a year. Old ties to his former country, Germany, and people he meets at work as a teacher at the University of Technology gradually start to result in more assignments from abroad.

End of the 1890s
Rudolf Kolster’s son, Friedrich, begins work as a patent attorney. The number of patent applications in Finland grows with developments in technology and patent law reforms.

Early 1900s
The outbreak of the First World War in 1914 puts a temporary stop to the growth in the patent business. It will not be until the war has ended in 1918 that things start to recover. Rud. Kolster Söner is now a well-known firm specialising in the protection of industrial property rights. It also handles trademarks.

1930s-1940s
When Friedrich Kolster dies in 1929 his widow, Thyra, joins the management team.
In 1936 the limited company O/Y Kolster A/B is founded.
With the outbreak of the Second World War in 1939, the number of patent applications declines. But during the War it actually starts to go up again, with Kolster accounting for almost a third of all applications submitted to the authorities.

1950s
When Thyra Kolster dies in 1950, Friedrich’s nephew, Åke Kolster, inherits the firm. Åke Kolster concentrates on trademarks while Friedrich’s other nephew, Arne, takes responsibility for patents. Arne Kolster becomes the company’s Managing Director in 1958. Under Arne’s and Åke’s management the office becomes the leading company in the field by the 1980s.

1960s
The 1960s sees rapid growth in the protection of industrial property rights. In 10 years the number of patents issued doubles. The number of trademark applications also rises. International activities speed up the growth. Kolster also takes advantage of Finland’s geographical position and specialises in serving clients in the former Soviet Union.

1970s
The Nordic countries adopt the Design Protection Act in 1971. Arne Kolster’s son, Leif, begins to handle design protection issues. The family’s fourth generation is also represented by Åke Kolster’s son, Björn, who joins the company as a trademark attorney in 1972.
In the 1970s the majority of the firm’s clients are still foreign companies.

1980s
Kolster starts to make efforts to build a network of branch offices in Finland in response to anticipated structural changes to the client base. If the company is to grow it needs to attract more Finnish clients.

In 1983 the first regional service unit is opened in Oulu. Service units also open in Jyväskylä and Pietarsaari. In 1987 Kolster opens an office in Tampere.

1990s
In 1993 the Pietarsaari operation transfers to Vaasa. The regional offices become better established and the number of assignments from companies based in Finland increases. There is a focus on staff training, new working methods, and diverse use of information technology.

The volume of work from abroad clearly starts to fall with the growth in international contracts in the sector. Finland joins the European Patent Convention (EPC) in 1996. The same year starts the Community trademark system.

Kolster invests heavily in services aimed at developing industrial property rights strategies and their implementation in companies. Expert advice to help clients make the right decisions and a comprehensive approach to IP consultation, IP strategy and legal services have become more important than ever.

Father and son, Björn and Kim, the fourth and the fifth generation, sat down and talked about the history and future of the Kolster family business, including their own paths in the company.  Read jubilee interview: "We have always had our mind set on the future"

2018: A daughter company Kolster (China) Ltd is established ─ as one of the first international IP companies in Shenzhen. 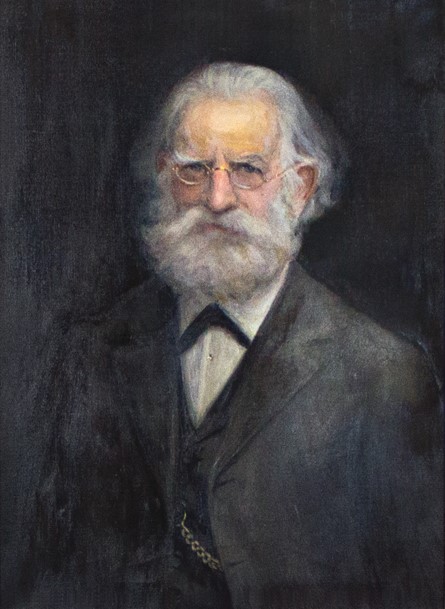