KNL Networks, a startup company based in Oulu, is a forerunner in digitalizing seafaring. The intelligent data transfer technology developed by the company has already sailed all the world seas. The company’s own field of specialization has been patented in cooperation with Kolster in a way that ensures freedom of operation and competitive edge in the heavily patented area of technology.

“This is a fairly cliché story, because the company and idea came into being on the sauna bench,” Chief Technology Innovation Officer Teemu Vanninen describes, in the modest Finnish way, the origin of the company he set up in 2011.

However, chatting in the sauna among three friends and hobby radio operators has carried them far. They managed to modernize a very old invention, a HF radio operating on low frequencies, and develop a software-based fast data transfer network on it. With its aid, ships at sea are able to communicate, from pole-to-pole, without satellites or base stations.

Kolster hopped on the bench when the business potential of the technology started to take shape in commercial seafaring, in particular, and nothing less than worldwide. This resulted in the need to protect the invention quickly.

“We realized that with this gang we are able to outright revolutionize the HF data transfer technology and the potential of the low frequency range it uses, which, in our view, had fallen far behind the present development. We were really interested in the technology itself and at first did not at all think whether our technical ideas could also be used to do business,” says Vanninen.

This forgotten radio frequency range from 3 MHz to 30 MHz had previously been mostly used by radio amateurs and the military.

“We had no experience of patenting. We just had the general notion that it is expensive and slow”, Vanninen thinks back.

From a patent attorney’s viewpoint, the invention is special in that new features have been built on a known technology. Radio communications is generally extensively patented, in particular by the global companies of the mobile phone sector.

“What we needed to do here was to find and focus on the core technology, which has not yet been covered by a minefield of other patents. It has been wonderful to follow how KNL Networks has managed to find its own field of specialization and now controls seafaring communications globally from Oulu in Finland,” Kolster's European Patent Attorney comments on the retro invention his client has modernized.

Under the guidance of Kolster's European Patent Attorney, KNL Networks has patented both a high-performance HF link and other technology and properties that allow the link to be used as a communications network. In commercial seafaring, the company itself acts as the network operator and provider of connections to ships. To another client sector, Security & Defence, the system is typically sold as is and the client itself operates the network.

“Our selling points are providing ships with a connection independent of other systems, cyber security, and a fully global system with pole-to-pole coverage.”

The signal of many commonly used seafaring satellite systems fades out when going north enough, that is, past the magical boundary of 78 degrees. With the technology developed by KNL Netwoks, such a restriction does not exist because it makes use of the layer in the atmosphere, the ionosphere, which reflects radio waves like a satellite ─ and the ionosphere surrounds the earth. The technology has successfully sailed all the seas of the world, very close to the North Pole, too.

“With the ionosphere as our satellite, we can establish connections thousands of kilometres long. However, there are technical challenges due to the functioning of such a data transfer channel being dependant on the time of day, date, and year, in other words, it changes all the time. But we have managed to tame the ionosphere with this technology. Kolster has refined the ideas and technical characteristics we developed into precision patents,” Vanninen says.

“We used the strategy of partial protection”

Patenting has been strategically more challenging because the technology developed by the small Finnish company is used for data transfer in seafaring all over the world.

The company has had to choose where it is worthwhile to register the patents and think how to achieve the best possible patent coverage with reasonable costs.

“One of our patenting strategies has been that some of our patents cover certain countries important to us, and some the remaining important countries. This strategy of half protection was something I learned from Sami, and for us it has been a most interesting solution. The system, however, needs all the patented subareas to work, so this way we have obtained wider protection as a whole by changing the country selections of different patents.”

According to Kolster's European Patent Attorney, further choices had to be made in how the scope of protection of the patent has been formed.

“A good guideline in the extensively patented area of technology has been to focus on the core business and protecting the technology associated with it. Then, patents by competitors are not that easily encountered. The inventions have been approved as patents with a good percentage.”

According to Vanninen, lots of discussions and wise advice from Sami were needed when thinking over the patent strategy.

“The professional skills of the patent attorney are best seen in that he can convert the ideas we come up with into patent applications that best serve the business,” Vanninen describes the smooth cooperation based on mutual trust.

“We put the patents to work”

Each granted patent has been a major milestone for the company. The system has been built and protected by new patents in phases as the understanding of the technical functioning, performance and solutions supporting the  business has increased.

“The future of our company heavily leans on our own IP. It has played a major role in acquiring financing, too. The value of a technology company like ours is always reassessed on every financing round.”

Two years ago, the company collected the highest financing sum in its history, EUR 10 million, from investors to commercialise its technology. The investors were impressed by the protected technology and the huge growth potential of the company.

“Once the patenting process is finished, it gives the investors certain assurance of the fact that others have not patented the same thing. Freedom to operate and risk-free business operations are important standpoints for investors, too.”

According to Vanninen, KNL Networks has now reached pretty much the kind of patent portfolio that at this point of business operations is realistic or possible.

“Our patent portfolio is not in a safe but in use, and put to real work. It brings about more value to the patents and at the same time more interest towards the company.”

The vision of KNL Networks is to be the forerunner of the digitalisation of industrial internet and seafaring and a major provider of communications and connectivity in the very near future. Global markets are now well open and there are currently more needs than solutions.

"We have our own major role in how and what way ships communicate from the high seas. And it makes sense to have a knowledgeable IP partner on board for those future trips, too.” 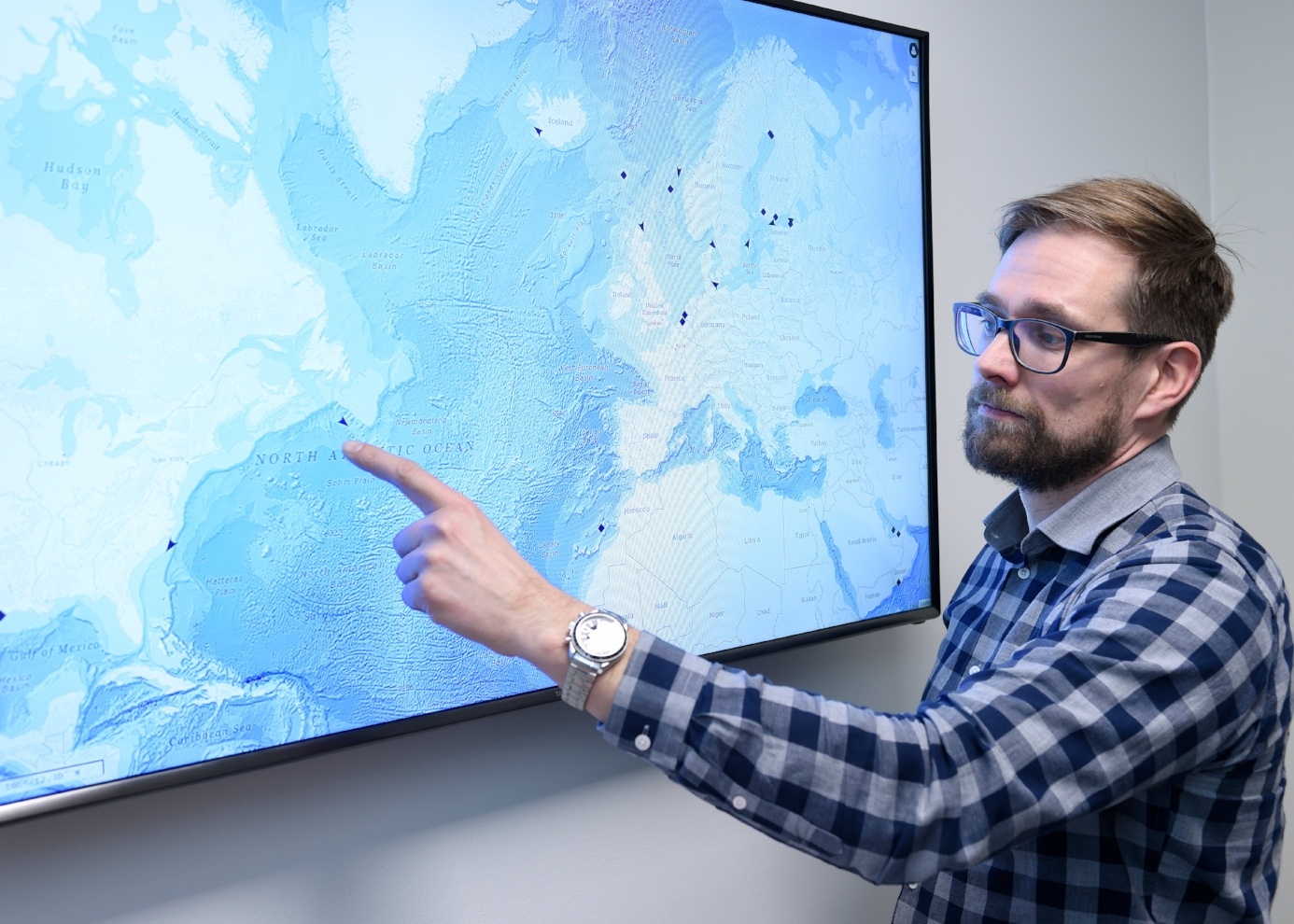 The intelligent data transfer technology of KNL Networks, developed in Oulu in Finland, has successfully sailed all the seas of the world, even very close to the North Pole. Chief Technology Innovation Officer Teemu Vanninen is the founder of the company.

Want to learn more about patenting of software based innovations?