Growth supported by innovation and IPR: iLOQ enters the US market

iLOQ, a company specializing in groundbreaking digital locking and access control solutions, already has a strong presence in Europe, the Middle East and Canada. Its incredible growth story continues in the United States, where a strong IPR portfolio is a prerequisite for success and the best security for business.

iLOQ, a pioneer in intelligent locking and access control solutions, has a clear mission: to free companies, organizations and people from security risks and other problems related to mechanical locks. The company is growing rapidly. Its net sales have doubled in three years, increasing to almost EUR 103 million in 2021. Over the same period, its operating profit increased from EUR 6.5 million to EUR 10.6 million. The company aims to become the market and technology leader in digital access management on all continents.

Now the company is entering the US market, beginning with the East Coast during 2022. From there, the company plans to expand to California and Texas. The goal is to have around 20 employees in its US operations by the end of 2024. 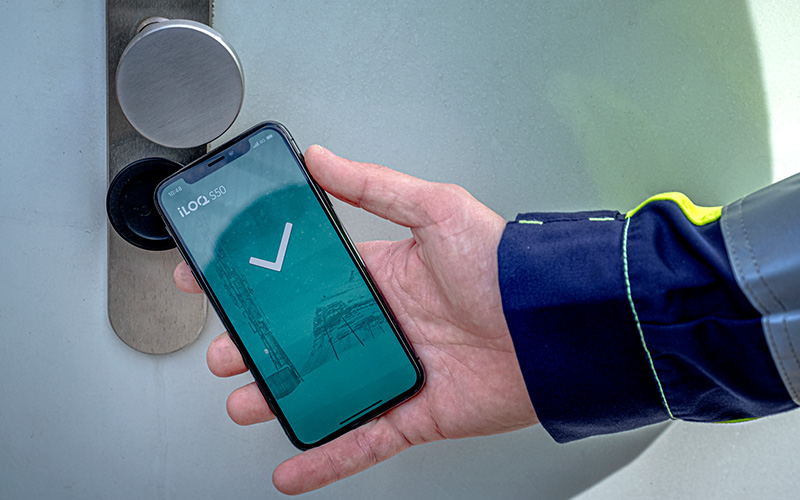 iLOQ provides solutions that enable the use of physical smart keys and smartphone-based applications. The locking systems developed by the company are battery-free and wireless.

“Traditional mechanical locking still has a strong position in the United States. Our technology offers a modern and safe alternative that reduces life-cycle costs. The United States has a large number of growing cities with millions of residents, and legislative changes support the transition from mechanical to electronic locking,” says Joni Lampinen, General Manager of iLOQ’s operations in the US.

Such efforts include the Federal Identity, Credential and Access Management (FICAM) Architecture, created to support construction and focused on digital and automated access control.

iLOQ offers locking and access control solutions primarily for rental apartment buildings, administrative and municipal buildings, schools and universities, healthcare and rescue services, and critical infrastructure such as data centers. This means that the rapidly growing cities of the United States offer considerable business potential for the company.

The United States is a large market with much to offer, but gaining a foothold also requires a great deal of resources. The US market is more expensive than Europe’s in many respects: general price levels, salaries, office rents, marketing and brand building. Vast geographical distances also increase costs.

The ANSI (American National Standards Institute) lock cylinder standard also poses challenges: the size and design of US locks differ from those in Europe. Lampinen says that starting business operations in the United States is a much bigger investment and project than starting a company in a European country.

“The investment will pay off, because iLOQ stands out in the US market. Our innovative technology challenges established industry practices. Our competitors’ digital solutions run on batteries or require an external power source. These are not necessary for our locks, so we make access control easier and safer. At the same time, we provide customers with real added value by reducing maintenance costs and battery waste.”

According to Lampinen, iLOQ’s strengths also include its corporate culture and service attitude.

“The Finnish way of doing business and managing customer relationships is appreciated in the United States. We maintain a high level of quality and keep our promises.” 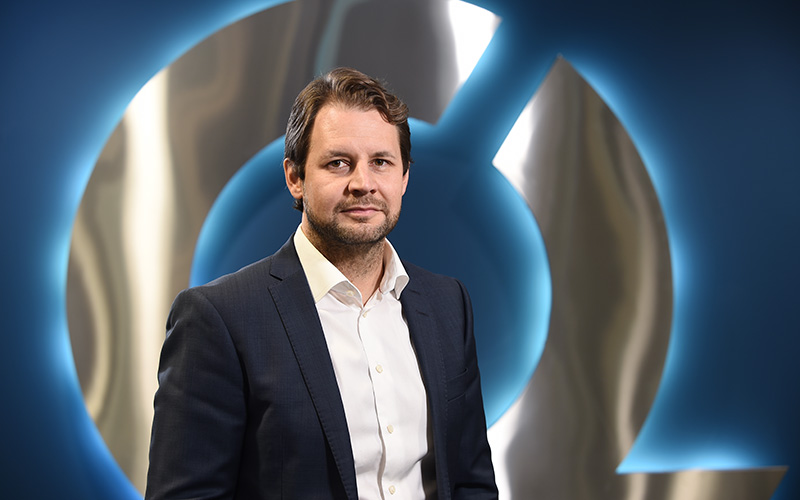 Joni Lampinen, General Manager of iLOQ’s operations in the US.

Effective IPR management is a prerequisite for business

As a company built on a groundbreaking invention, iLOQ has understood from the very beginning the importance of protecting innovations and the significance of IPR assets. Built together with Kolster, its IPR portfolio of patents, trademarks and design protection is part of its international growth strategy.

“Investing in IPR is vital for us, as it secures the core of our business operations: technological innovations and development work. It also signals that we are a profitable investment and partner. It’s important that Kolster knows the legal requirements of different markets. We operate in the security business, where market-specific certificates, registrations and approvals play a key role. They ensure that we are perceived as a reliable operator,” Lampinen says.

Pertti Brockman, European Patent Attorney at Kolster, has contributed to building iLOQ’s patent portfolio and has followed the company’s growth story since 2007. He points out that a well-managed IPR portfolio effectively protects a company’s operations in the US market.

“In the United States, litigation costs can be very high, and an extensive patent portfolio provides leverage for negotiations in potential disputes. In such situations, an agreement can be reached on the cross-licensing of patents, for example, which means exchanging technologies with another company,” says Brockman.

A proactive approach is also advisable. A company seeking to enter international markets should allow sufficient time for patent applications. According to Brockman, processing a patent application in the United States can take several years.

Off to a flying start with Kimi Räikkönen

The international expansion of iLOQ’s unique technology is accelerated by Kimi Räikkönen, one of the most famous Finns of all time. He has served as the company’s brand ambassador since 2019. When Räikkönen drove in the highly popular NASCAR Cup Series in the United States in August 2022, he was watched for days by tens of millions of television viewers. This meant wide visibility and massive media coverage for the iLOQ brand.

“Räikkönen helps us stand out from the competition. Our cooperation is natural, as we have a lot in common. Much like Räikkönen, iLOQ has always done things in its own way and achieved success based on its own strengths, without following the mainstream. He will join us again in late 2022 and early 2023, when we present our updated business strategy, revamped brand and renewed customer promise,” Lampinen explains.

This ambitious growth company seeks to establish its presence in one or two new countries each year. The American continent will be followed by Southeast Asia, where Räikkönen, also known as the Iceman, enjoys perhaps an even more mythical reputation than in the United States.