Langh Group is growing and solving its customers’ problems and aspirations for more environmentally friendly seafaring by patenting its cleantech innovations. Throughout its history, the business that started with industrial cleaning services and shipping has been built around practical inventions. The family company’s portfolio includes more than 200 patents.

Lang Ship did not hesitate when the International Maritime Organization (IMO) and the EU started planning stricter sulphur emission limits for ships about ten years ago. The first SOx scrubber was installed in one of the shipping company’s own ships in 2013. A few years later, the patented solutions that had been polished into commercial products began to be sold to other shipping companies as well.

“We are now strongly a cleantech company, and SOx scrubbers for ships are a rapidly growing core business area for the Langh companies. With regard to SOx scrubbers, our turnover has increased roughly twenty-fold in a couple of years and the growth is continuing”, says Laura Langh-Lagerlöf, Managing Director of Langh Group.

She is one of the developers of the SOx scrubber innovation, the hybrid scrubber. A scrubber that purifies the flue gases from the engine combined with a water treatment unit developed by the company which allows dirty cleaning water to be purified on board in a closed loop and waste to be delivered in solid form ashore to hazardous waste disposal plants.

“The initial impetus for the invention came from me and product development was done in a team, but the project was completed and the new technology developed further into profitable business with Laura’s perseverance”, says the companies’ founder, Chairman of the Board Hans Langh, who has been rewarded for his many inventions and carries the Finnish honorary title of “Maritime Counsellor”. 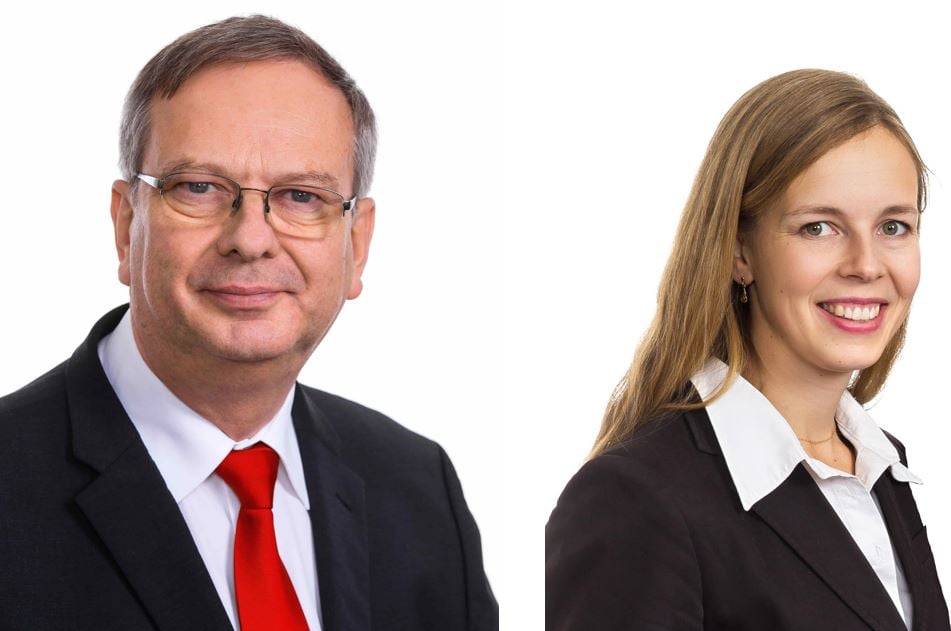 From the beginning of 2020, the sulphur content of marine fuels must not exceed 0.5% in all of the world’s waters. In accordance with the EU Sulphur Directive, the limit for the Baltic Sea is stricter: 0.1%. Consequently, ships must switch to expensive low-sulphur fuel or purify the flue gases of the inexpensive but high-sulphur heavy fuel oil using SOx scrubbers to meet set requirements.

Shipping companies are now carefully calculating the profitability of the investments in relation to mileage and the age of their vessels. Profitability calculations were also the starting point for the technology developed by the Langh companies.

“We first looked for SOx scrubbers to buy for our vessels, but the solutions, especially for an environmentally efficient closed loop, had not been fully thought through. In addition, the prices of the SOx scrubbers were steep compared to the value of our ships. Because we already had strong expertise in process water purification through our cleaning services company, we also started testing flue gas purification and developed our own scrubber tower equipment around it”, Langh-Lagerlöf describes the creation of the SOx scrubber with unique water treatment properties in a pilot project that lasted about two years.

With the competitive technology, Langh Ship has turned the Sulphur Directive into profit and competitors into its customers. Shipping companies from around the world now shop for SOx scrubbers at the Langh family business. The order capacity has been sold out for the next few years.

“Thanks to our process water purification expertise, other SOx scrubber manufacturers are now our customers as well”, says Langh-Lagerlöf. 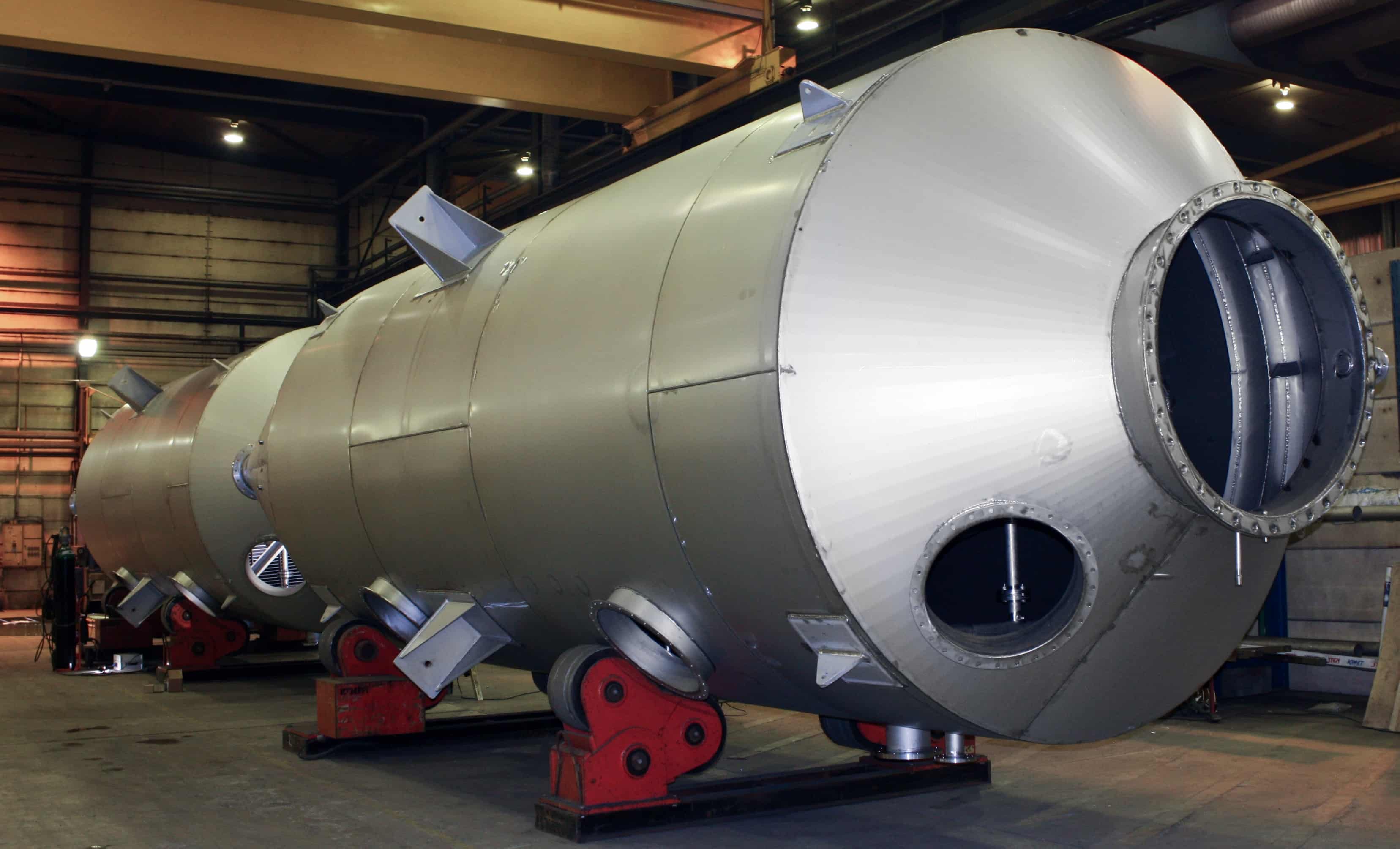 Throughout their history, the Langh companies have solved problems by developing working methods and technology. Down-to-earth inventions for agriculture, seafaring, transportation and industrial cleaning needs have been made on the Langh family’s 350-hectare farm in Piikkiö, Southwest Finland, where the Langh companies are also headquartered.

“Hans Langh has believed in patenting practical solutions and shown that patenting product improvements can also bring significant business benefits. He is a true problem solver who has been ahead of his time, especially in maritime safety and environmental issues”, says Kolster’s Patent Attorney Klaus Roitto, who has been responsible for the patenting of the Langh companies’ inventions since the early 2000s.

In addition to SOx scrubbers, the most prominent patented inventions of Hans Langh and the Langh companies include cradle tween decks for cargo ships and special containers. Even the first patented invention from the 1980s, a cleaning truck and its equipment that combines high-pressure washing and high-power vacuum suction, still represents advanced technology.

“Kolster was well-known and had a good reputation in the patent industry. That is why I contacted Kolster with my first invention. I have learned how to apply for patents from Roitto and understood that you cannot win at this game without skilled patent professionals”, Hans Langh says. 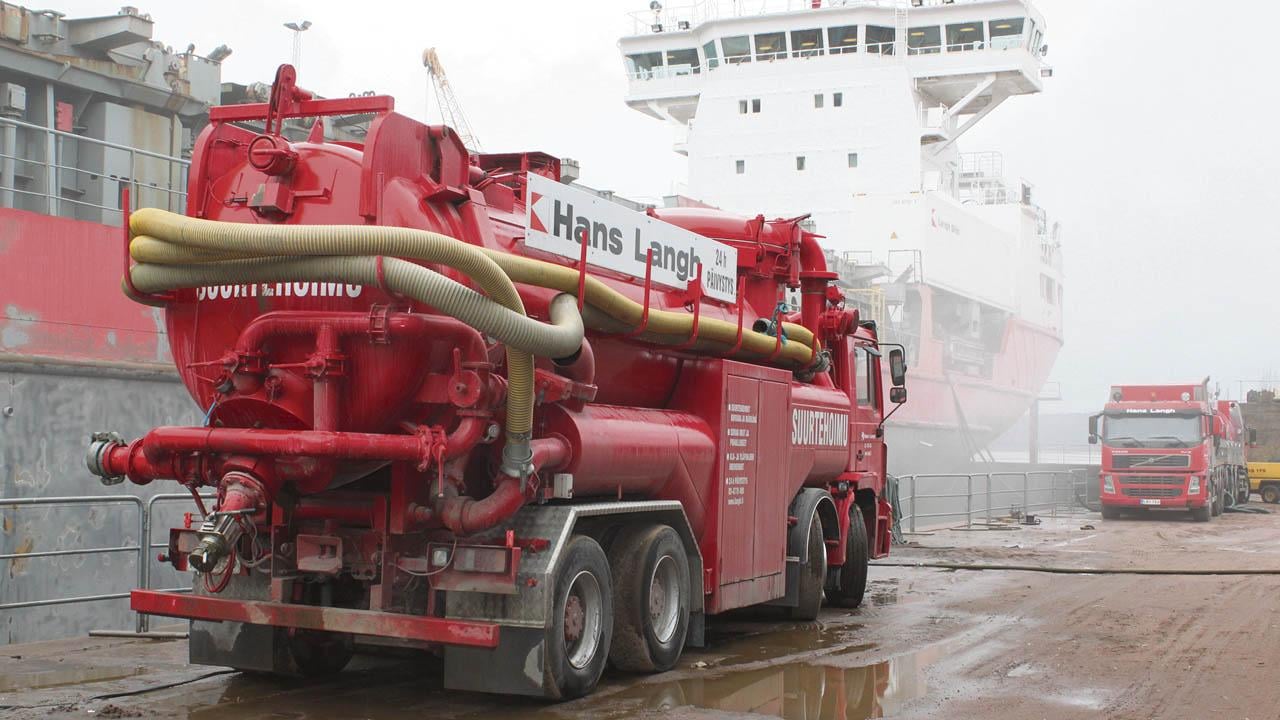 The cradle tween deck solution developed by Hans Langh to improve the safety of marine transport can be described as a legendary in the logistics industry.

Langh Ship has been transporting heavy and by rough sea easily damaged steel coils as special cargo for some twenty years. When loaded at the bottom of the hold, they render the ship overstable, resulting in violent and rapid rocking/rolling of the vessel in strong winds and waves. The ship’s rolling (oscillation) at sea is described using the GM value (G=gravity, M=metacentric height), which is influenced by the mass of the cargo and the height at which the cargo is located on the ship. The higher the GM, the harder the ship tries to return to its upright position when rolling, and the ship’s oscillatory movements are also accelerated, easily moving the cargo.

“I had been a shipowner for a long time, and often when I visited ships, the captains would tell me what a horrible ‘GM’ they had had. I initially dismissed it as some sailor nonsense, until I understood what they meant and how much it affects the safety of the cargo and personnel. I had observed the same phenomenon already as a child when we went fishing in an archipelago boat and the bottom of it was filled with herring”, Langh recalls.

The cradle tween deck, developed to improve the stability of the ship, enbles to shift the vessel’s centre of gravity higher. Hence, the cradle tween deck greatly reduces the rocking of the ship during a storm, and the period of oscillation from one side to the other is increased significantly. Loading into the tween deck ‘cradles’ also prevents cargo from moving and being damaged, speeds up loading and unloading in ports, and reduces fuel consumption.

As for the idea for the special containers that improve the safety of marine, land and railway transport, Langh came up with it while working on the farm from the opening mechanism of the grain dryer hatch.

“In the special container, the cargo is clamped in place against posts using a mechanism similar to the one used in the grain dryer originally built together by me and my grandfather”, Langh says. 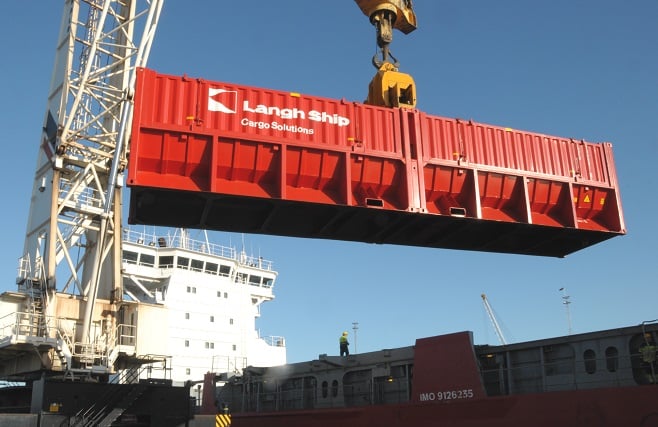 Patent dispute turned into a victory – business on a new upswing

The cradle tween deck invention took the safety of marine transport to a new level, and the related patent has been very significant for the business of the shipping company. The patent also involves a very unusual patent dispute in Finnish circumstances, in which two competing Dutch shipping companies tried to invalidate Langh Ship’s patent in the 2000s.

“It was important to us that we were able to keep our patent in force. We received compensation and got the cargo business of the shipping company back up and running with the patent. Defending our rights in court has served as a warning to others, and there have been no further attempts to invalidate our patents since then”, Hans Langh says.

“In this patent dispute with many stages, the contribution of Kolster and Klaus Roitto as a technical expert and IPR support was very significant for Lang Ship”, says Laura Langh-Lagerlöf.

She took operational responsibility for haulage while her father Hans focused on the demanding patent trial.

Langh-Lagerlöf is pleased that it has now been possible to put resources towards furthering the new cleantech business instead of fighting over patents. There is plenty to clean in the world’s ship traffic: The Economist reports that the 15 largest cargo ships alone produce more sulphur and nitrogen oxide emissions than all the cars in the world combined.

“Cleantech is the field of the future. In addition to SOx scrubbers, we have launched product development cooperation with the German company MAN to reduce the nitrogen emissions from ships. It is great to be involved in developing new environmental technology”, Langh-Lagerlöf says. 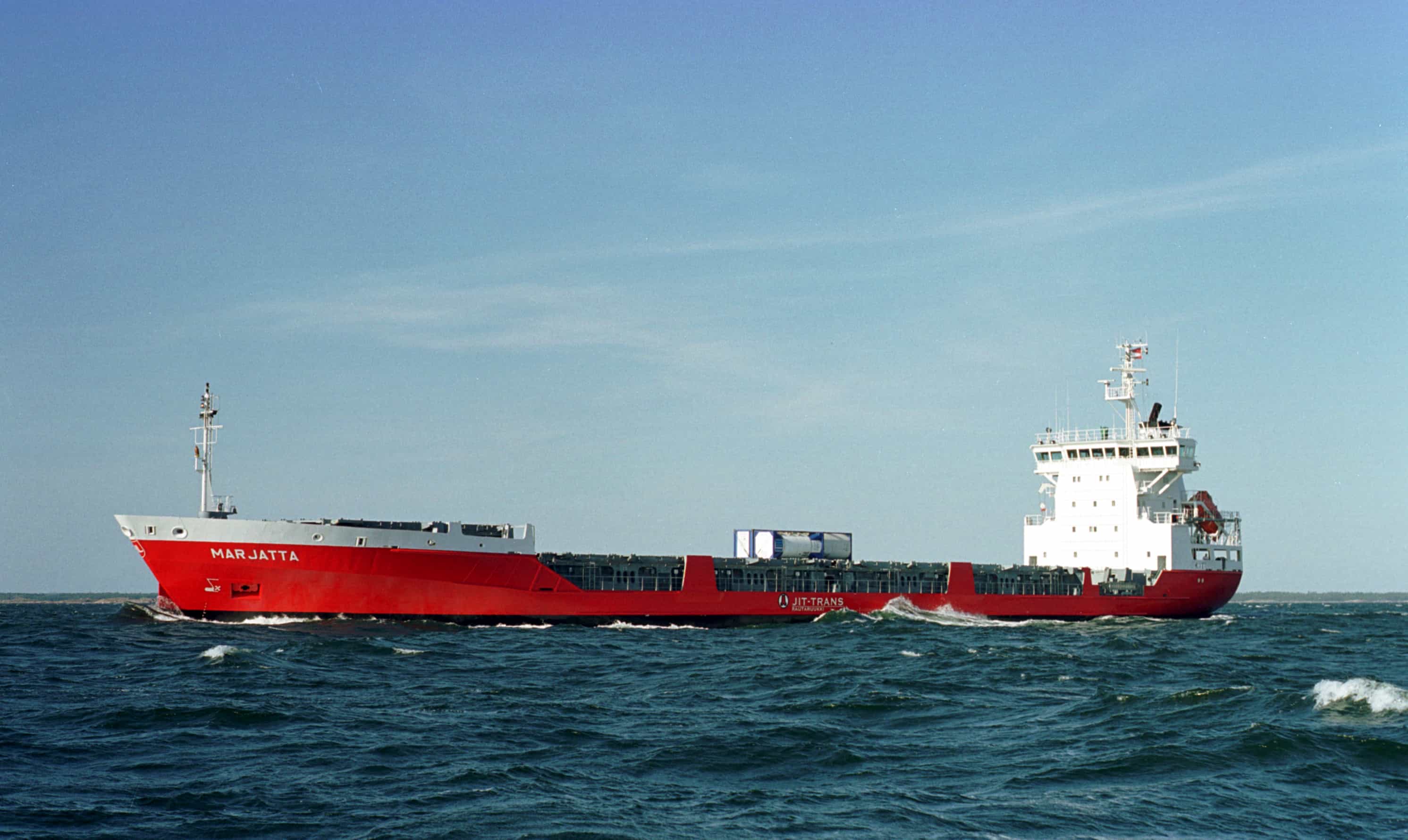 Patenting strategy as if from a hockey match

Hans Langh says that he has realised over the years how important it is for an invention to have a broad scope of protection which can also withstand attacks from competitors. This requires that you are able to include in the patent application more than just a restrictively described and defined invention.

“Klaus Roitto is skilled in this regard. We have also been building a patenting strategy more generally by the same logic. We have applied for patents for smaller inventions around the main patent as well to protect the core invention as broadly as possible. It is a bit like in hockey: one attacks and other players defend from the sides”, Langh describes the content of a patent portfolio that is significant in size for an SME.

Laura Langh-Lagerlöf, in turn, says that she has realised how eye-opening reviewing the patents of competitors with a patent professional can be for your own product development.

“In meetings, I have gained ideas for further development when we have gone through what others have patented while considering our own protection decisions. It is valuable to know that you are not infringing the patents of others – and then implement your own solutions better.”

Do you need professional help to assess the patentability of your invention?