The new European patent system is in the hands of Germany

There was a major step forward in the entry into force of the long-planned unitary patent (UP) and unified patent court (UPC) when the United Kingdom ratified the agreement on the UPC on 26 April 2018, despite its preparations for Brexit.

The entry into force of the new European patent system requires the ratification of the UPC agreement by thirteen of the EU signatories to it (25/28 EU Member States signed up), and that these countries include three major EU patent countries - the UK, Germany and France. Like Finland, France has already ratified the agreement.

The entry into force of the system is awaiting Germany’s ratification of the UPC agreement. Thereafter, the new European patent system will cover all EU countries in which the UPC agreement has taken effect at the time the unitary effect of a patent granted by the EPO is registered.

However, Germany must first resolve the last barriers to entry into force, namely a complaint made by a private individual to a German court that the UPC Agreement may even be in breach of Germany’s constitution. In addition, the Alternative für Deutschland party has placed  a motion before the German Parliament (Bundestag) for the repeal of the acts enabling accession to the system. The motion has not received support from the other parties, but will require due consideration by parliamentary committees. Rapid progress could be made on the issue if the court processes and rejects the complaint quickly. 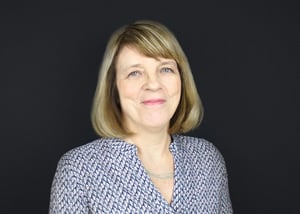 - Businesses should now consider, on a case-by-case basis, which European patents can fall under the unified patent court, and which should not, says European Patent Attorney Marjut Honkasalo.


- When Germany ratifies the UPC agreement, almost all granted European patents will automatically fall under the jurisdiction of the UPC. However, it is still possible, prior to the system’s entry into force, to proactively opt patents out of the jurisdiction of the UPC, if you want to keep them under country-specific jurisdiction. The opt-out option will only become available the day after Germany declares that it will ratify the UPC agreement. Companies should therefore consider their strategic choices well in advance, to at least ensure that current EP patents and EP patent applications do not fall under the UPC against the will or interests of the patentee.

- As a patent attorney, I would interpret the United Kingdom’s ratification of the UPC as meaning that, in the Brexit negotiations, it will still be possible to agree on the UK remaining signed up to the UPC agreement after leaving the EU. This means that the UPC would also resolve disputes concerning national EP patents validated in the UK after Brexit, even though the UK will not any more be within the territorial coverage of unitary patents.

A unitary patent is an alternative to, not a replacement for, the current European patent

In terms of its effect, a unitary patent means a patent with uniform protection and equal effect in all EU countries in which the Unified Patent Court (UPC) Agreement had taken effect when the unitary nature of the patent was registered. A unitary patent is intended as a regional alternative to the current bundle of patents; a European patent has to be validated separately in each country after the grant of the patent. At the end of the transition period, however, it will no longer be possible to opt out traditional (current) European patents from the UPC's jurisdiction. The transition period will last at least 7 years.

At best, the new European patent system will only cover the EU area, leaving out a large number of the 38 member states of the European Patent Convention. These include for example Norway, Turkey and Switzerland.

The new European patent system will therefore not simplify patenting in Europe.

Our patent attorneys help you estimate, on a case-by-case basis, when to choose a unitary patent and when country-specific traditional patents and to opt for a country-specific jurisdiction.

IP & Brexit - what changes, what does not?