The history of the sauna stove dates back to the early 20th century, when Fredrik Terho patented his method for manufacturing sauna stoves made of iron. Over the past century, the product has evolved and far from a traditional barrel stove, modern saunas can boast a designer stove in the shape of an elf, for example.

Saunas are a key part of Finnish identity, and the heart of any sauna is its stove. Originally, in a smoke sauna, the heat-storing stove was little more than a pile of rocks in a chimneyless room and heated by an open flame.

Until the early 20th century, heating the heat-storage stove was time-consuming work and the smoke sauna itself often filled with soot. The advent of masonry chimneys saw a rise in popularity of  heat-storage masonry stoves, with a smoke flue and a steam hatch that could be closed to speed up heating and keep the sauna free from soot.

Finns have always been enthusiastic in developing sauna stoves and practices. In the rest of the world, this traditional Finnish custom has been mostly met with bafflement. Development on the sauna stove has lead to a number of solutions and designs, each with their passionate supporters. Still, many swear by the traditional smoke sauna and its sooty, black steams.

When and to whom was the first patent for a stove granted?

“The first patent for a sauna stove was Finnish patent 4010 issued in 1910 to Fredrik Terho for his method of making iron stoves. His invention was to construct the walls of the stone and smoke compartment from sheet iron.

Terho narrowed the top of the stone and smoke compartment above the firebox into a smoke flue covered by a hatch and leading to a masonry chimney that could be closed with a register plate. This removed the need for most of the heavy and heat-retaining masonry, making the stove lighter, faster to heat before use and cheaper to produce.

The same year, Finnish patent 4090 was granted to a similar metal-cased stove that was further equipped with a hot water tank.

These two designs can be considered as the forefathers of industrially manufactured heat-storage barrel stoves. Barrel stoves enjoyed their greatest popularity throughout the early 20th century. One could be found in almost every sauna in Finland.”

What kinds of patents were developed in the following decades?

“Patents in the 1910s and 1920s were mostly related to hot water systems attached to a sauna stove, which removed the need for separate hot water boilers. In those days, hot water was not something to be taken for granted. Patent number 11378 even proposed a sauna stove equipped with a shower. It undoubtedly gave some boiling hot showers, though it did also include a cold water tap.. 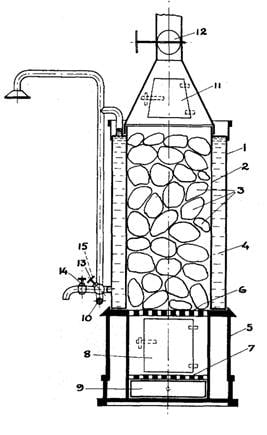 In 1933, merchant John Backman was granted Finnish savupatent 15290 for a sauna stove in which the stones were laid in a compartment above the firebox and stove casing so that the combustion gases came into contact only with the tank’s metal underside, not the stones themselves. In other words, the stones were heated with heat conducted through the metal underside. Flue gases were directed through drafts directly into the smoke flue, which allowed the water to be thrown on the stones even while there was still fire burning in the firebox. Backman had invented the continuous fire stove. Its compact size made it suitable also for smaller sauna rooms. And as the soot was kept in the firebox, the stove was easier to keep clean.”

When was a sauna stove first protected by a design right?

“Arne Kolster was the patent agent in Kolster’s first design right application by architect Matti Suuronen for his design for a sauna stove in 1971. The protection was granted by the Finnish Patent and Registration Office with the registration number 1. The stove design was futuristic and spherical. 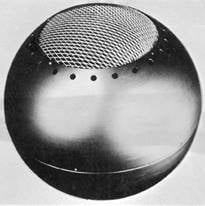 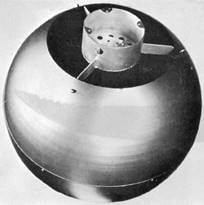 In total, 147 design rights related to sauna stoves have been registered since then, 48 of which are still active.”

Did sauna culture ever expand outside Finland?

“The sauna has traditionally been a Finnish custom and leisure activity. Products referred to as sauna stoves have been patented also elsewhere, but in most of the rest of the world, the name sauna can be attached to almost any kind of steam room. A sauna outside Finland might have a steam boiler without heated stones to throw water on, for example.”

Finnish sauna customs were revolutionised by the electric stove.
Who was its inventor?

“Finnish saunas are known to have had electric stoves already in the 1930s, but the first patented electric stove is described in the Finnish patent  24221 granted to Väinö Savolainen. Instead of stones, iron blocks were heated in his stove .

A first workable electric stove with sauna stones was proposed in the Finnish patent 29081 granted in 1957 to Kari Vikström. The patent application was filed already in 1952. The electric stove revolutionised saunas, as now, they could be constructed also in apartments in multi-storey buildings. The stove was also compact and easy to use. With the introduction of electric stoves, private saunas in apartments became more common from the 1960s onwards.

Since then, patent applications for electric stoves have been filed in abundance, most of them related to the stove’s usability. A new era began in the 1980s, when insulated and heat-storing electric stoves were launched into the market. Finnish patent  83157 by Helo Oy and represented by Kolster disclosed an electric stove with an insulated, lidded stone compartment in which stones could heated continuously with low electric power while the keeping the lid closed. When the lid was opened, the sauna stove was ready for use without a need for long pre-heating.

Since then, numerous functionalities that improve user-friendliness have been patented for heat-storing, ready-to-use electric sauna stoves.”

What does the future hold for the sauna stove?

“From the 2000s onwards, the sauna stove has evolved from a piece of technology and is increasingly an interior design element in saunas, along with glass walls and designer sauna benches. Kolster has been involved in registering the Saunatonttu (‘sauna elf’) stove designed by Ristomatti Ratia, which has an appearance unlike any traditional electric stove. Another example of a sauna stove with a distinctive and protected design is the IKI stove by Jouni Kerrman, which features a mesh casing. In this continuous fire sauna design, the stones are visible inside the mesh and surround the firebox and smoke flue.” 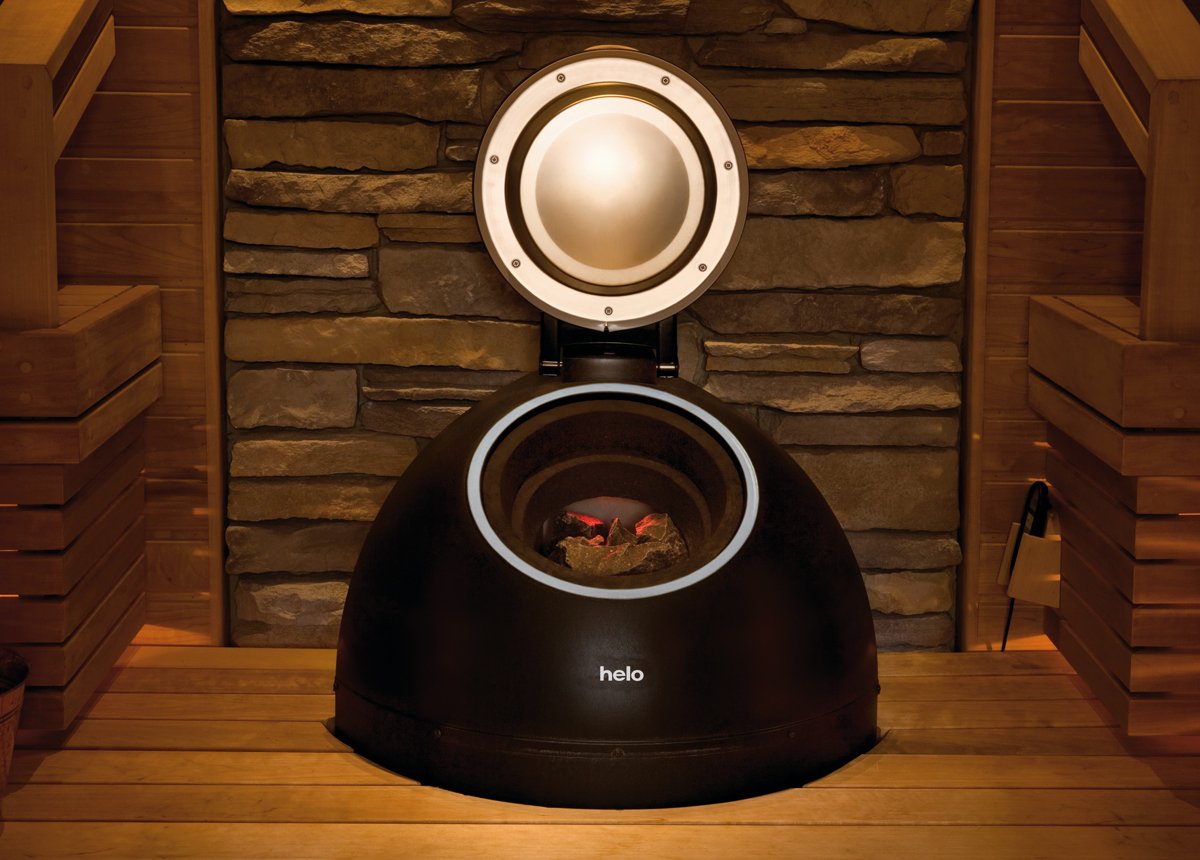 Abloy – the lock that can’t be picked