When measured by the number of invention reports, the University of Oulu is on par in innovation with US universities. The university’s research groups develop promising new technologies, creating new intellectual property and research-based companies. Kolster is a long-standing partner in protecting inventions.

“We produce around 60−70 invention reports each year. When considering our annual research budget and the average cost of a single invention report, we stand at an internationally good level compared with US-based universities, for example,” says Pekka Räsänen. 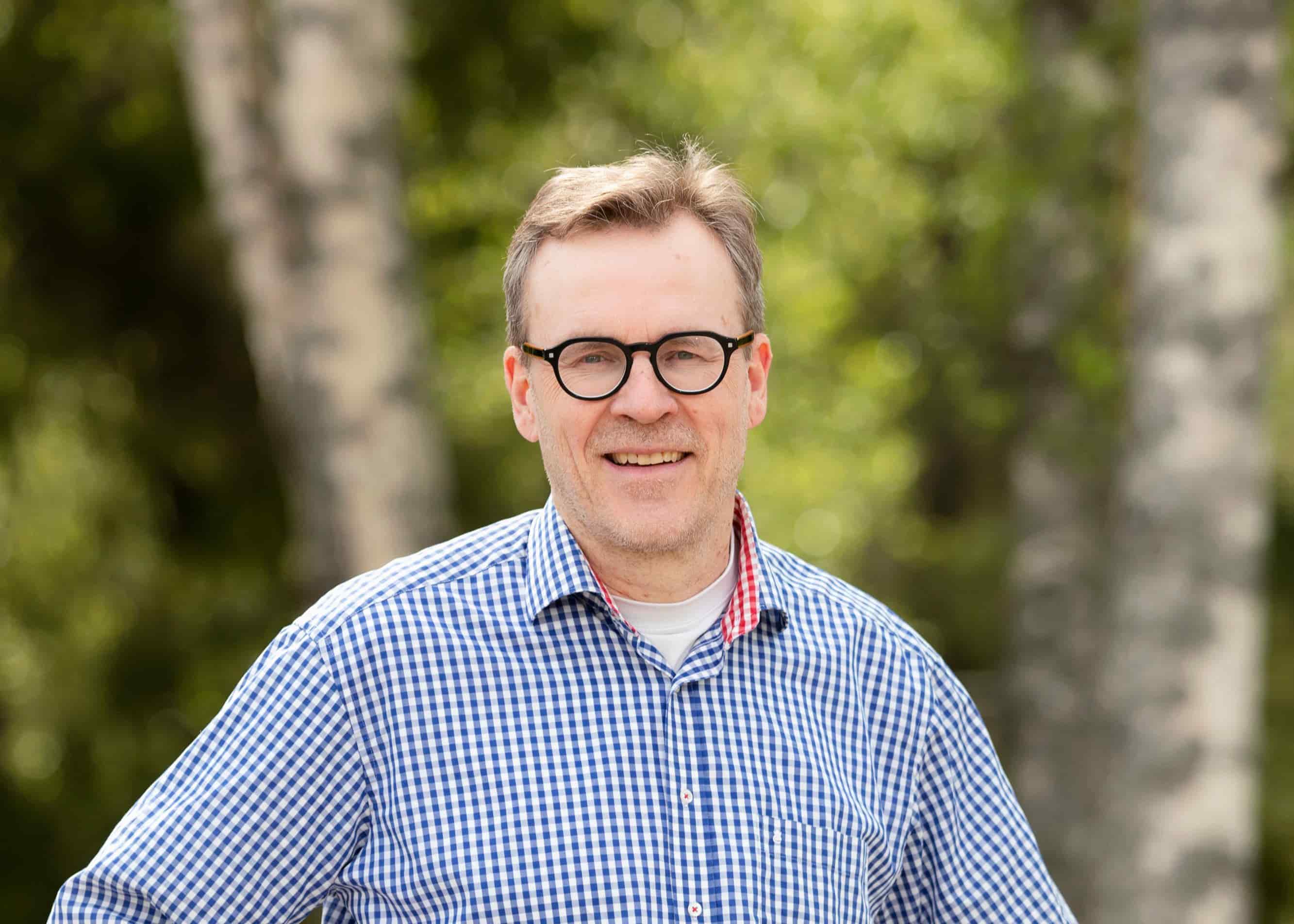 As other good indicators of performance, Räsänen lists granted patents, licences and technology transfers to companies.

At the end of last year, the university held rights to 35 patent families, with some half dozen new applications made each year. Still, expanding its patent portfolio is not an aim in itself for the university. Instead, it actively transfers patents and technology on to companies for commercial use.

“Patents and patent applications bring credibility to the university’s work in research. Our research results must be protected in order to secure future opportunities to use the new technologies. Protection is also important for research consortiums that seek funding for their projects from the EU or other sources,” Räsänen says.

“We use the best professionals for IPR protection”

At the University of Oulu, a majority of inventions and IPR are produced in the Faculty of Information Technology and Electrical Engineering and the Faculty of Technology. According to Räsänen, the choice of patent attorney is always determined by expertise in the relevant field of technology.

“We also employ the services of other Finnish patent firms, but Kolster is our long-standing and important partner. The professional profiles of Kolster’s patent attorneys in Oulu match the technologies being developed at our university very well. All are graduates from the University of Oulu, and some have done their diploma work and post-graduate research at the university before their careers as patent attorney. This provides a solid and natural starting point for cooperation.”

The University of Oulu also produces many cross-disciplinary inventions, such as from collaboration between engineering and medical technology.

“An excellent example of this is the groundbreaking Finnish technology in heart rate monitoring and the company founded for its commercialisation, Polar Electro. Basic development of the technology began at the University of Oulu under the guidance of then professor of electrical engineering, who set out to advance the project commercially,” Räsänen explains.

The University Innovation Centre strives to assist both researchers and companies in discovering new, commercially viable innovations and developing these into new business.

“Businesses, make use of academic research!” 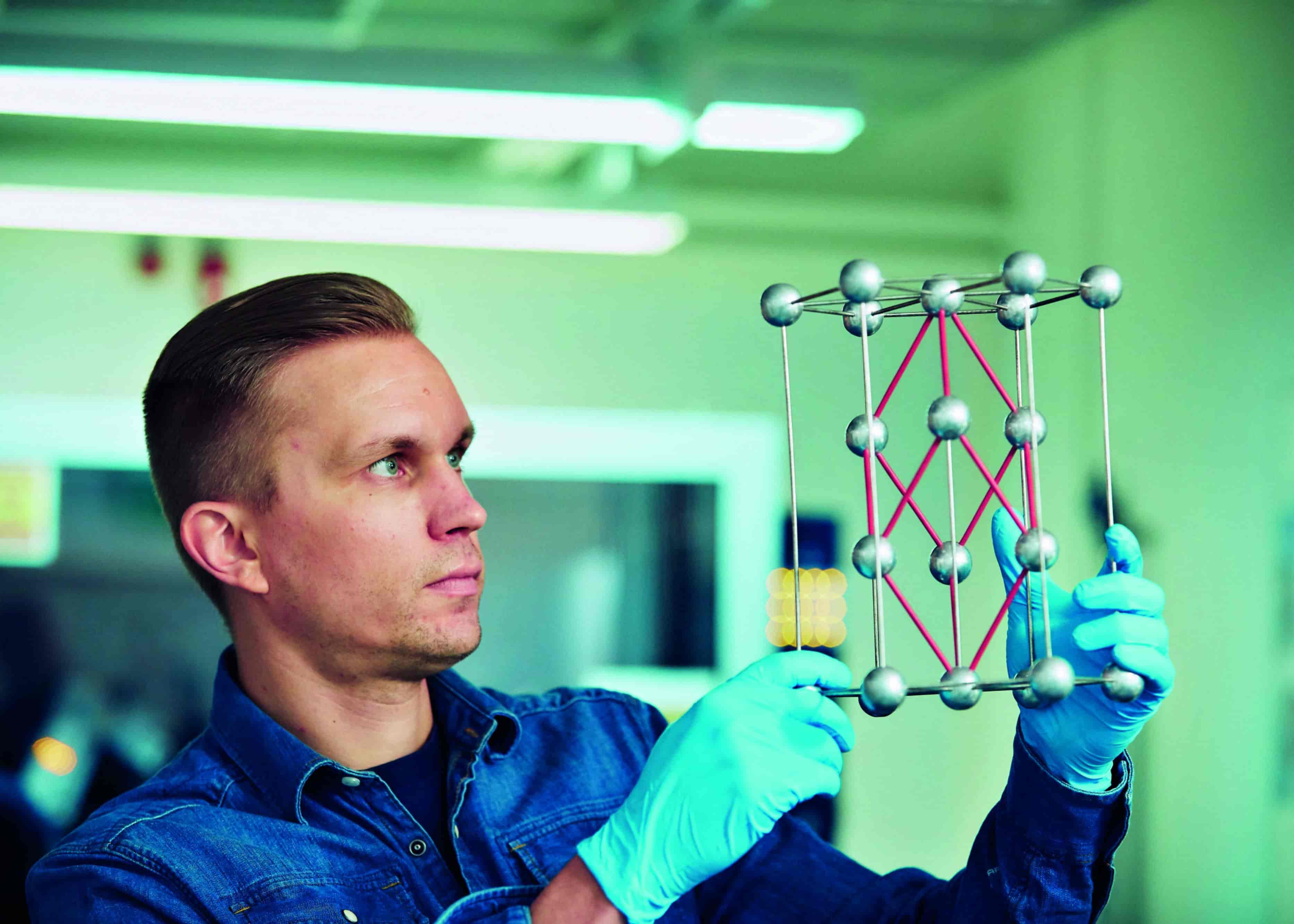 The university’s goal is to expand collaboration with companies. Important forms of collaboration include research and product development projects, as well as offering businesses the opportunity to use the university’s research environment and equipment. Cooperation fosters new commercial innovations, potential companies and licensable technologies.

Finland and Oulu are internationally renowned particularly in innovations related to wireless data communications. As Räsänen explains, some technologies have their roots in university research and collaboration with businesses. Finnish state-of-the-art research is recognised around the world, and in many fields of technology, international companies make use of the results of Finnish university research more actively than their domestic counterparts.

“There is plenty of research data available. I want to encourage Finnish companies to investigate what kind of research relevant for their field is already being made at universities, and to think about how they could make use of it in their own product development. Right now, many of our technologies are licensed and sold to foreign companies.”

Räsänen also reminds companies of opportunities in making use of research infrastructure at the university.

“For example, data communications developer for the maritime industry KNL Networks tested the early versions of its ideas in the university’s wireless communication test network and leased our facilities for its product development laboratory. The research ecosystem at the university offers a natural way to foster collaboration and the creation of new ideas and business.”

Indeed, wireless communication is one of the technologies being developed at the University of Oulu. Researchers are already discussing sixth-generation 6G network solutions and seeking out companies interested in collaboration. Companies also have access to a 5G test network.

“We have many different types of test environments and infrastructure, research and test equipment that businesses could utilise to a much greater extent than currently,” Räsänen says.

The 5G test network was recently used by mobile service provider Uros in a successful test of the functionality of its eSIM application in future 5G micro networks in cooperation with the University of Oulu. 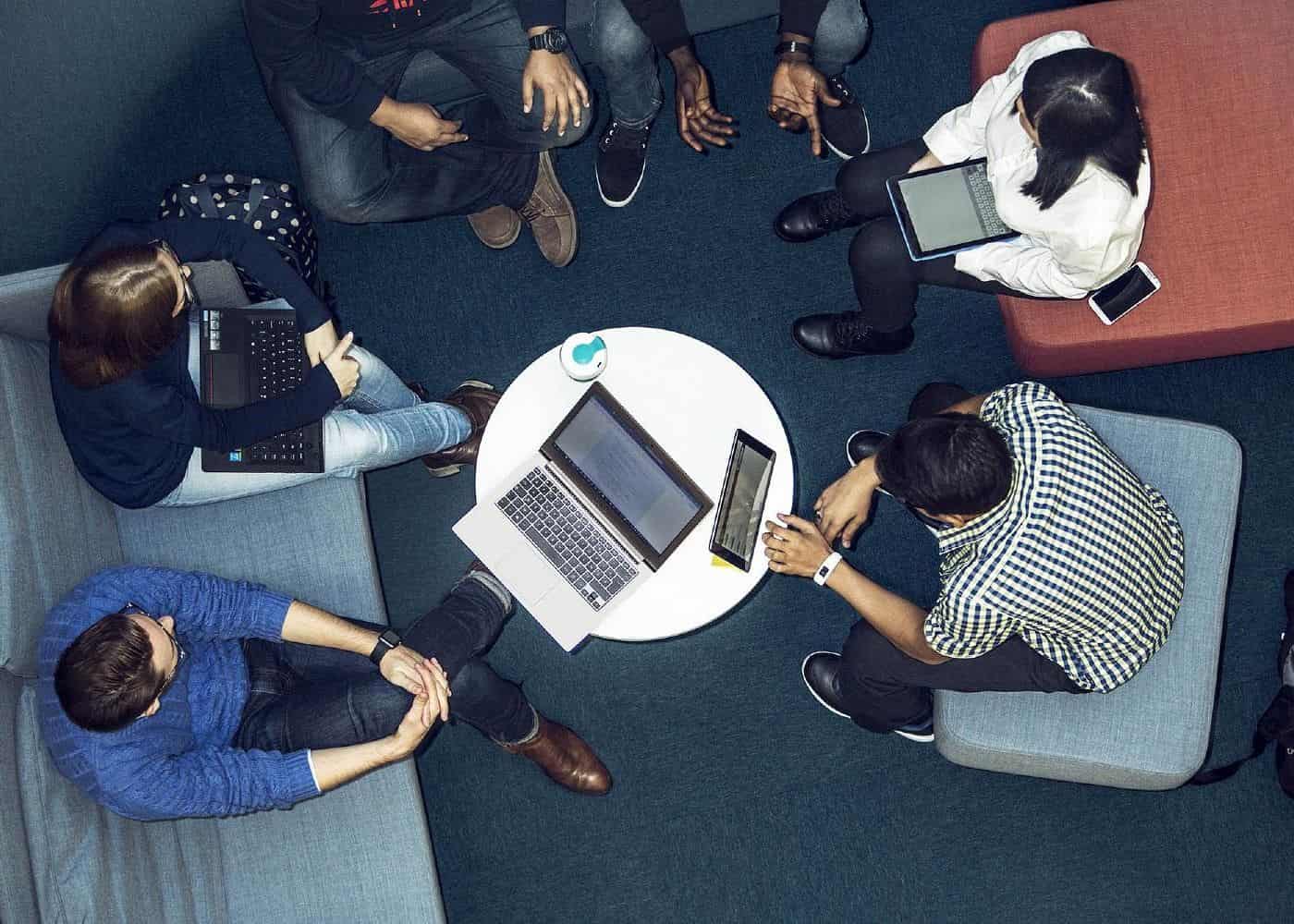 Since the turn of the millennium, more than 60 research-based companies have sprung up from the University of Oulu. The university is also a co-owner in eight spinoff companies, to which it has transferred its intellectual property in exchange for a share in ownership. In addition, it provides between 15 to 20 technology transfers to companies each year.

An example of a research-based company that has received international recognition and significant international funding is IndoorAtlas, which develops a new kind of indoor positioning technology based on magnetic fields.

“Our development work since 2012 describes the lengthy path that must be taken to bring a technology invented and first demonstrated at the university to international markets or consumer devices. The company is now ready to demonstrate and realise the commercial potential of its technology,” Räsänen says.

He explains that in order for research-based companies to access international markets, foreign funding must be attracted already at a very early stage in the process, otherwise there’s a risk of remaining stuck on the provincial level. For this reason, the Innovation Centre also assists new companies with the most potential in obtaining funding.

“The purpose of university research is to provide the industry with stimulus for growth. The importance of research is highlighted through indirect influence, creating with new international business, research collaboration and jobs.”

“Many leading future technologies are being developed in Oulu” 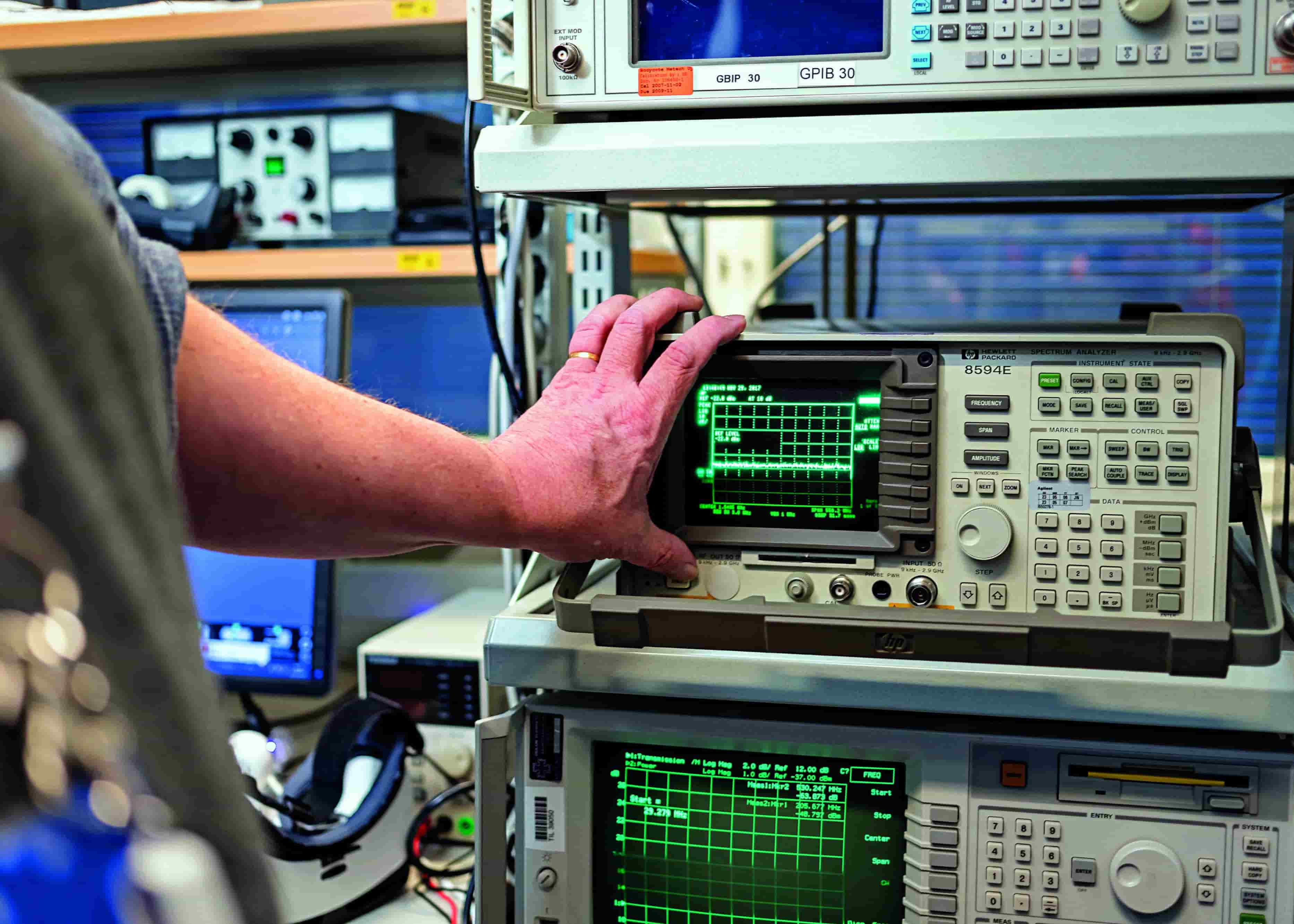 Particularly strong and patent-intensive areas of research in Oulu include the previously mentioned wireless communications and medical technology, as well as electroceramic materials and manufacturing processes, steel materials, biochemistry and life sciences, along with their many areas of application, and various radar, lidar and laser scanner applications.

As examples of particularly exciting technology companies formed during the past few years from university research, Räsänen names Luxmet, Cerenion, Sensmet and the recent startups Maknee and AISpotter.

Luxmet develops optical measurement and analytics systems for use in monitoring high-temperature metallurgic processes. Cerenion engages in cross-disciplinary research for an AI application that measures brain functions in ICU patients. Sensmet develops measuring instruments for industrial process water analytics and mineral identification. Maknee, the winner of Slush 2018, is developing an imaging procedure and device for diagnosing and monitoring joint disorders, such as arthrosis. AISpotter aims for the world of sports with artificial intelligence, developing video analysis automatics for coaches and other potential users.

Kolster helps protect the intellectual property rights of these companies and their new technologies.

“With patents, a long-term partnership is invaluable”

As basic technological research is a marathon, not a sprint, longevity and continuity in patent collaboration are also of invaluable help, according to Räsänen. Because inventions are often interconnected, a deep understanding of the field of technology, attained through experience in protecting inventions, gives added quality and versatility to patent applications.

Long-term collaboration also offers flexibility, as the cooperation is seen as a partnership.

“I recently called Kolster’s patent attorney Arto Karppinen after an inventor contacted me about a case that is already being heatedly discussed with a number of companies. We want to quickly reinforce our patent portfolio in the field of radars and laser scanners with a new application. A familiar attorney will make room for an urgent application draft even on a slightly more urgent schedule.”

The university occasionally invites Kolster’s patent attorneys to take part in advisory meetings, based on which final decisions on IP protection are made.

“We last held one of these consultation sessions with an invention that was not quite your usual run-of-the-mill. It involved both a software and mathematical solution and a treatment and diagnostic procedure. We were looking for interfaces to help build protection for the potential invention, as well as investigating which parts of it could be patented in Europe and the US.”

In addition to drafting patent applications and offering consulting, the university has made use of Kolster’s expertise also in intellectual property valuations.

“We need an impartial opinion on the value of our technology when selling or licensing. It is useful to ask for a third-party opinion on the correct price. We rely on these valuations when working out new contracts,” Räsänen explains.

A highly significant technology transfer in the history of the University of Oulu took place in the late 1990s, when results by the research group on collagens were transferred to the company FibroGen for the development and commercialisation of collagen medication. The university initially held a share of ownership in the company, but that has since been sold to California in the US.

“The case proves that the university, too, can make an exit – and even turn a profit. FibroGen continues to collaborate with our researchers and provides funding for our studies here in Oulu.”

One current commercialisation project related to the highly topical field of life sciences is a fully calorie-free sweetener developed from the protein brazzein found in the African oubli plant.

“We have developed a promising production method, and are in talks to form a licensing agreement with a Finnish or international company in order to launch production. The calorie-free and natural sweetener can solve a global problem and has significant commercial potential.” 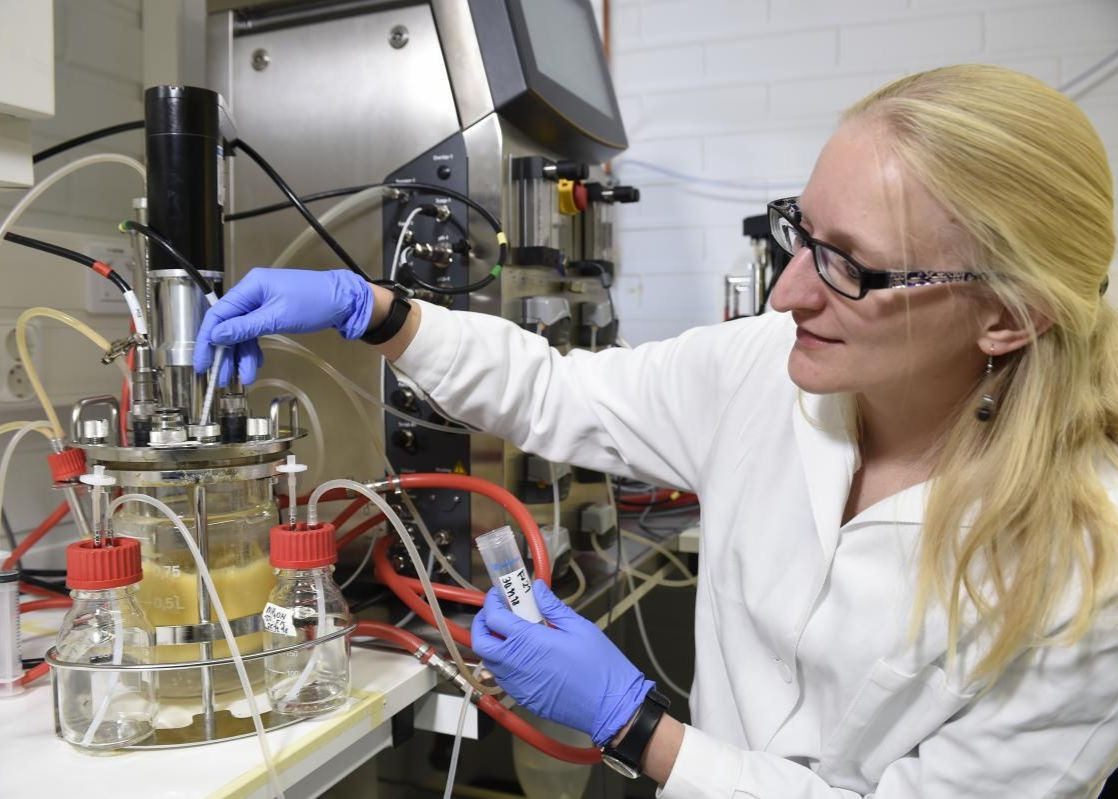 Main image of the article by Mikko Törmänen

Kolster patent attorneys at your service in Oulu and Northern Finland:

iLOQ brought locks to the digital age with patents