These phenomena reverberate into the IP year 2019: Climate change, artificial intelligence, and uncertainty

The changes brought about by blockchains and artificial intelligence, as well as Brexit and the uncertain state of the world will dominate the IP trends of the future. This is the vision that Tapio Äkräs, Director, Patents, at Kolster gives for the new IP year.

The topmost IP vision of the new year relates to uncertainty. Many major issues such as the economic growth slowing down and the threat of economic wars keep the world on its toes. We are on the threshold of big changes without knowing or even being able to guess what new the future holds for us. For example, the economic situation or focus points of world trade may change very quickly. This is reflected on the business activities of companies, whereby more though is put in what IP to protect and where.

The trade war between the USA and China has already taken Chinese laws and judicial system to a more open direction, from the point of view of the IP of foreign companies. On the other hand, to balance all this China has significantly enhanced and supported the protection of its own innovations outside of China, and copying products and services has given way to developing them more and more.

Brexit keeps us on our toes

In Europe, the biggest uncertainty factor of the following few months is Brexit, also insofar as IP is concerned. There have been numerous discussions about the effect of Brexit on the future and schedule of both the Unitary Patent (UP) and the Unified Patent Court (UPC). The moving of Great Britain outside of the European Union (EU) also represents a major uncertainty factor for existing protections.

Britain has issued various notifications on, for example, how the rights of registered EU trademarks and community designs remain in the country and on what terms and conditions the pending EU applications can be transformed into national applications. Brexit furthermore will necessitate that the IP practices and licence agreements for trade between Britain and the EU are checked by companies. A no-deal Brexit would result in an ambiguous situation already in April.

Products and services relating to counteracting climate change are becoming more common, which is reflected to the IP sector too. IP protection is applied more and more, for example, for bio-based materials and fuels, wind energy and other ecological solutions. The protection of business activities directly or indirectly associated with climate change becomes more common as the technologies develop and we learn to do things in a more sustainable manner than before.

IP protection is often considered a hindrance to spreading of innovations into more extensive use in the developing countries in particular. On the other hand, innovations cannot be developed into products without financial investment. IP acts as a middle man here and makes it possible for you to get compensated when you invest in the good - and consequently, others will be able to develop more good around it. Patenting, after all, also meets the requirements of transparency included in responsibility: in exchange of obtaining patent, you give your knowhow to others for further development.

Smart IP leads to much new

Applications of the blockchain technology are also entering the field. IP rights are associated with numerous events and agreements that can be verified by means of blockchains. For example, transfers of rights of inventions and patent applications could be entered in successive blocks in the blockchain whereby the transfer chain and the current holder are reliably verifiable in connection with an acquisition, for example.

The concept of invention deliberated

The patenting of new technologies will become as challenging as that of software and business methods has been so far, resulting in that a high percentage of the applications is likely to be rejected. It is often difficult to find patentable technical features in artificial intelligence applications. However, it is necessary for companies to apply for protection and hope that legislation and practises of patent offices would become more favourable for inventions of this type.

The basics of patenting originate from a time when computer software was seen as a mere list of codes, and the legislation has not kept up with technical development. Because an ever increasing share of innovations relates to knowledge and its utilisation in various applications, the concept of invention should be broadened to also cover artificial intelligence and data processing solutions. They will play a major part in the ongoing third industrial revolutions and automatization of work tasks. With the present situation going on, there will be important artificial intelligence innovations left without protection, or patent applications are rejected due to outdated legislation. 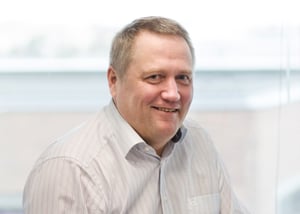 IP & Brexit - what changes, what does not?