Jukka Salonen, a cowboy of mobile digitisation, has mounted his horse in Texas to put BookIT and the entire Finnish patent license and partnership business on the road to growth.

Technology developed by BookIT at the beginning of the 21st century ― reliable and strong digital recognition of the end user for mobile phone services ― has already penetrated the U.S. market. In the Internet of things and services, it is important to identify the correct end user, regardless of time, place and terminal device. This has major commercial value.

At the beginning of 2017, in the true pioneering spirit, BookIT established a BookIT Labs research unit and an IPR accelerator in Texas. The goal is to achieve an international licensing business through partnerships. A portfolio of over 100 patents, which has been built up carefully since the year 2000, provides a foundation and credibility for defence against modern “cattle rustlers”.

This is a major project on the Finnish scale. BookIT has received 3.4 million euros of Tekes funding for its internationalisation project, which actively benefits from intellectual property rights. BookIT has also taken equity investors and business angels to Texas. The funding raised for this patent licensing project comes to over 10 million euros.

- Hustle and bustle is in the air in America, says Jukka Salonen, the company’s founder, technology developer and leader of the BookIT Labs project, who has settled in Dallas, Texas.

- Americans are more open to partnerships than Finnish companies. Commercial opportunities are grabbed quickly here. In Finland, everything is mulled over in an engineer-like fashion, from the nuts and bolts up: companies want to take the long road and develop technology on their own. But that is how you lose the time window for doing business!, Jukka laments.

Jukka’s vision is that the BookIT Labs project will also benefit high technology companies outside Finland. It offers its partnership and protected smart technology to all companies that want to produce effortless and reliable mobile services for end users in the Internet of things and services. BookIT Labs brings together professionals from a range of application areas and seeks new business partnership models.

- Few Finnish ICT companies, with the exception of Nokia, have managed to refine their business in a way that would create notable international license and partnership operations. With BookIT Labs, I want to provide innovative companies with tools that are similar to those used by Nokia, Jukka comments.

The hottest area in BookIT technology and the Powered by BookIT partnership model is probably logistics, in the area of package deliveries.

Time-request messages related to home deliveries of postal parcels, which are familiar to many Finns, and interactive messages preventing fraudulent use of credit card purchases, are examples of the technology’s applications.

BookIT provides its cloud-based communication technology, on top of which the partner builds its own application. The application is also protected under BookIT’s 100+ patent, when the service product bears the label Powered by BookIT. This reduces the risk of product copying.

- BookIT provides its technology to new business areas, while the partner’s business operations are protected through the partnership. The end user benefits from easier communication with the mobile communication system, regardless of time and place, Jukka describes.

A notable new partnership in the field of logistics is cooperation with the Dutch city delivery company Smart Mile Solutions. BookIT has invested its technology and received a stake in the company return. It is a strategic partnership, with which BookIT is striving for growth in the wider market both in Europe and the U.S.A.

Promising areas of application also include the travel industry and public transportation, finance and banking, the entire online shopping ecosystem, and the Internet of things and services, in which connected devices are controlled with mobile phones. And the best part: BookIT technology is suitable for any field of business.

In the United States, the City of Nashville has joined BookIT as a travel partner. The city is developing a new type of transportation for its residents, “the Uber of public transport”. A total of 44 transport services are included in the service. BookIT technology enables mobile tickets independent of mode of transport: a single ticket can include several service providers for one journey. Tickets are booked and paid for using the BookIT service.

Various business models, which utilise mobile phones, are forming around the sharing economy. In Jukka’s opinion, now is the time to form partnerships with those who have already developed and patented the required technology. Don’t miss the commercial time window.

- How to create international business models and innovate new mobile services through partnerships? This is what every Finnish company should be thinking about, instead of the nuts and bolts!, Jukka urges.

Jukka wants to encourage other Finnish companies to go international and join BookIT on the road to growth.

- Invest in partners who are leaders in their fields, such as Kolster in the field of IPR and international patenting.

A company has to have credibility in the international market. BookIT has needed persistence and determination to build a patent portfolio, on which its credibility rests, over the last fifteen years. The company has spent the last fifteen years refining its patent strategy and building a more extensive network of partners, aiming for active use of their patent portfolio.

Achieving credibility in the international market is a major challenge for Finnish SMEs, as it was for BookIT. Giants in the ICT sector tend to reap the benefits of R&D performed by small, innovative companies. Ten years of product development can be copied in the blink of an eye in the digital world. In many cases, small companies lack the ability, resources or David’s courage to defend themselves against the Goliaths of the ICT industry. BookIT is now striving to change this through license partnerships and a local presence in the main market.

- When you have credibility, license agreements are signed at an early stage and you avoid the need to enforce your IP rights through court processes. 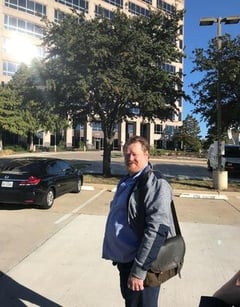 BookIT is a mobile technology company established in 1999. Most Finns have already used services based on BookIT technology. Tens of thousands of bookings, confirmations, remote payments and other mobile transactions are made with the technology each day. Large companies, such as Finnair, VR and Posti, use the technology for their mobile services.