The academic, researcher and professor emeritus of the Academy of Finland Teuvo Kohonen is a pioneer of machine learning and artificial intelligence research who considered the grouping of information in the human brain already in the early 1980s. The problem was how to present complex observations in such a way that the brain could absorb the information at a glance.

In 1981, Kohonen presented an artificial neural network model, a mathematical algorithm that mimics the adaptive learning of the brain. He called the model a self-organizing map (SOM), but it is also commonly known as the Kohonen map.

Kohonen is himself the inventor in a few patents applying the method that were filed through Kolster in the late 1980s and early 1990s. 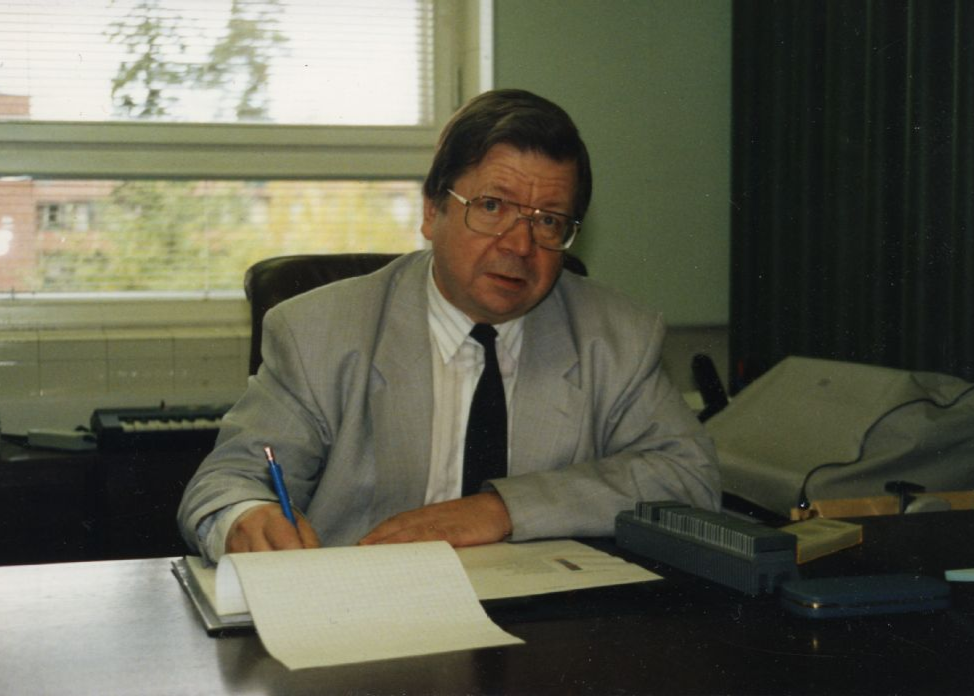 What is the Kohonen map about, Kolster’s Patents Director Tapio Äkräs?

“Neural computing is used to solve problems for which no mathematical formula can be devised: instead of inventing an algorithm, a neural network model is sought to easily analyse the information describing the problem. Common problems include, for example, various pattern recognition challenges, such as the recognition of text in an image or handwriting, clear modelling of behavioural models and real-world processes as well as predictive weather forecasts.

The self-organizing map is a learning neural network model created by Teuvo Kohonen that can organise and classify large amounts of data so that similar things gravitate close together. This generates a map with the information organized into clusters or areas that represent differetent categories in the data set.

How is the Kohonen map used around the world?

“The Kohonen map is probably the single most cited work in Finnish science history. Kohonen’s scientific articles have been cited in thousands of scientific publications and numerous patents.

The Kohonen map was originally created to recognise speech, but nowadays it is almost a standard method for visualising extensive and multidimensional data sets. The Kohonen map is used, for example, in document and image analysis, process technology, electrical engineering, chemistry, medicine and economics. The invention has been used to illustrate things with up to hundreds of variables. It is also a popular way of presenting information in various educational materials.”

Did Kohonen apply for a patent for his invention?

“Kohonen is the inventor in only a few patents applying the method. They were filed through Kolster in the late 1980s and early 1990s with Nokia as the applicant. Patenting of research results was not yet common at Finnish universities thirty years ago, so Kohonen cooperated with Nokia.

In patent applications FI891035 and FI902922, Kohonen’s method was applied to the reception and learning expression of a digital signal. As everyone knows, the signal strength and quality of a phone, for example, deteriorates on the way from the base station to the receiver. In a mobile phone, this manifests itself as choppy sound when the phone is unable to interpret the poor digital signal. Usually, the aim is to improve the quality of the received signal with special equalizers so that the signal can be better understood. In Kohonen’s patents, the self-organizing map teaches the receiver to understand the poor signal.

The patent application FI913046 filed in 1991 was a further development of Kohonen’s original mapping method. Kohonen maps were placed in a sequence to conduct a two-stage classification so that the first map feeds pre-classified information into the following maps. This improved the accuracy of the classification.”

Kohonen was a prolific inventor, what else did he accomplish?

“Kohonen himself filed the patent application number 892764 through Kolster. It presented a digital composition method that used a music sample to form a set of rules describing its characteristics. When other music was entered into the software having the set of rules, a new piece of music was created. The end result could be Beatles with a Latin twist.

The software produces background music automatically without the need to pay copyright fees. The rights of artificial intelligence software as a creator were not yet considered at the time. In the follow-up application W09015405, the idea was applied and background music was produced with an electronic organ. When a musician started playing the electronic organ, the machine created a background in the desired style based on the playing. So artificial intelligence replaced the bass player.

At the turn of the millennium, the Helsinki University of Technology also had a WebSom project in which Internet data was categorised into groups and placed in illustrative WebSom maps using Kohonen maps. Pieces of similar data were displayed next to each other on the WebSom map. This was a kind of semantic search engine that was ahead of its time.

The Kohonen map is still present in a number of learning artificial intelligence applications and will help refine information into human use also in the future.”