The atmosphere at the former boiler hall Kattilahalli in Suvilahti in Helsinki was excited as a large crowd of IPR experts gathered there. The main message of Kolster’s 145th anniversary reached for the future: Investments in IPR make commercial successes from excellent ideas.

The core of Kolster’s story, which reaches back five generations, is in its intellectual property rights expertise. The opening speech by chairman of the board, Kim Kolster, honoured the work of the previous generations and proved that the speech Arne Kolster gave 45 years ago at the 100th anniversary still holds true.

“We still have customers everywhere in the world, and we help commercialise the fruits of domestic industry research. The good side of a family business is that you do not need to invent everything from the beginning,” Kim Kolster said.

Guests at the event represented a wide variety of small and large-scale businesses as well as IPR experts and other influencers from Finnish organisations, associations and IPR network. Guests who had travelled the furthest came from Russia and China, where Kolster nowadays has local presence.

Deputy Mayor Pia Pakarinen gave a speech on behalf of the City of Helsinki and emphasised the city’s good will to be the best possible home port for innovative companies. She highlighted the Finnish educational system and health technology, which are globally known as pioneers. She also recognised the challenges that companies face: slow permit processes and the problems in the availability of foreign labour force.

“However, Helsinki is a good test platform for innovations as we are simultaneously a sufficiently large and a sufficiently small city,” Pakarinen says.

The example of the pharmaceutical revolution

Tamro’s Managing Director Kai Kaasalainen talked about the company’s major change of direction from a pharmaceutical wholesaler to an integrator of the Finnish healthcare and wellbeing industry.

“We had a deep discussion on what our customers truly want and came up with our current strategy: we are a service provider that unites the entire healthcare sector. On the other end of the value chain is healthcare research, and on the other, a private customer. Our market lies in between,” Kai Kaasalainen said.

Tamro recently launched the new Finnish OLO-apteekki pharmacy chain, which it owns together with the pharmacists and health service provider Terveystalo. OLO’s first branch opened its doors some weeks ago in Graniittitalo in Kamppi in Helsinki. The OLO pharmacy, with the slogan “Finland has too many taboos and too little wellness”, is an example of the renewal of the pharmaceutical industry.

“Knowledge of genomes and healthcare technology create an enormous amount of new possibilities, and we want to be in the front lines, creating health and wellbeing. And, at all times, we have to remember to secure the brand, concepts and innovations,” Kaasalainen said.

CPA Global’s Chief Strategy Officer Toni Nijm gave the party an international view to IPR. CPA is one of the world’s leading intellectual property management and technology companies. In his presentation, Nijm emphasised the change in markets, especially through disruption. He challenged his listeners to ponder how their company is keeping up with the change.

“The most important thing is to recognise and define the problems in your market. What is your position in the ecosystem of innovations? Is IP management a part of your future strategy? Are you the one who will change the market?” 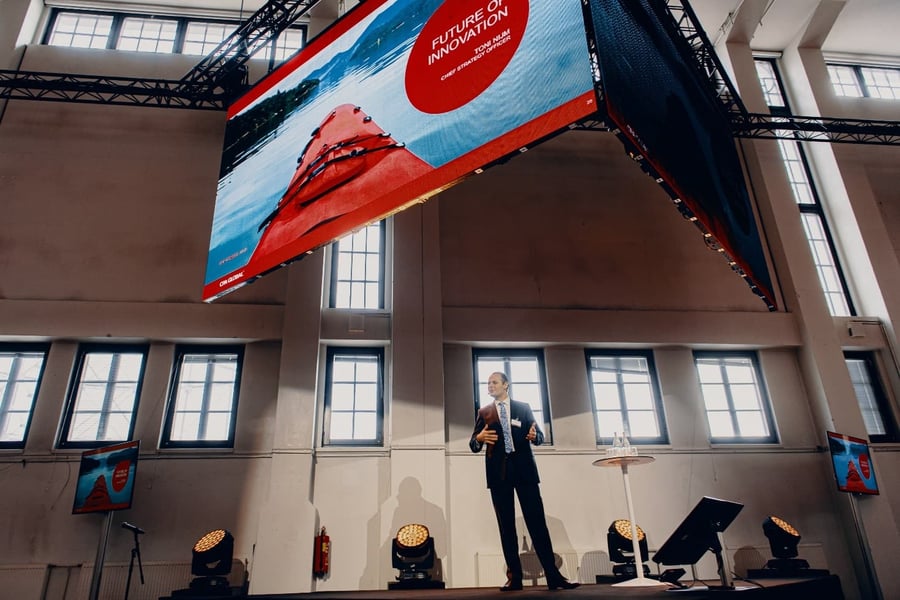 According to Nijm, Europe does not really understand that the focus of development has changed: China already applies for three times more patents than the entire Europe combined. On the other hand, only two per cent of the globally applied patents end up being commercial successes — there is a lot we still need to develop.

CEO Jari Pajunen and CEO Timo Helosuo presented a survey that market research company Taloustutkimus and Kolster had carried out together. A larger proportion of large-scale companies responded to the survey than normally, indicating the importance of the issue. “You asked something that really mattered to the respondents,” Jari Pajunen said.


Insights on the IPR sector from 200 Finnish corporate decision-makers reveal that innovations are valued, but the investments to produce or commercialise them are still insufficient. 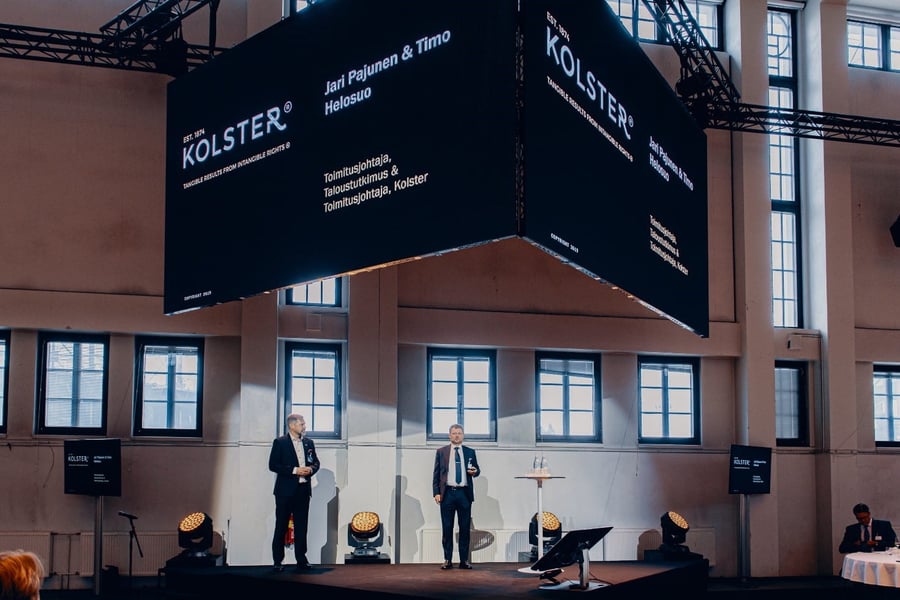 “There is a lot of work in branding and marketing, but also, a lot of potential. We will now challenge this thinking that it’s not possible to get to the top from Finland. We have great innovations, and, together, we can make them into successes. A product or service is not an innovation yet if it cannot be commercialised,” Timo Helosuo said.

Read more on what the guests thought about the IPR survey

Survey: Corporate decision-makers do not see China as a competitor — however, they believe in increasing Chinese investments