Oulu-based entrepreneur Marko Höynälä intends to revolutionise the microwave oven market and cross-country skiing with his patented IoT inventions – while also making life easier in developing countries with his smart pain assessment device. Having founded three companies, he has learned that a technology startup needs the support of a strong patent partner.

In late winter 2015, Marko Höynälä’s wife’s skis did not glide. She cursed her husband’s poor waxing on the ski tracks in Levi in Finnish Lapland, and the weather was getting worse and worse as well.

The engineer had an idea, resulting in a “secret weapon” now used even by Norway’s national ski team: the SKIIOT® ski analyser worn on the ankle, and the related mobile application. 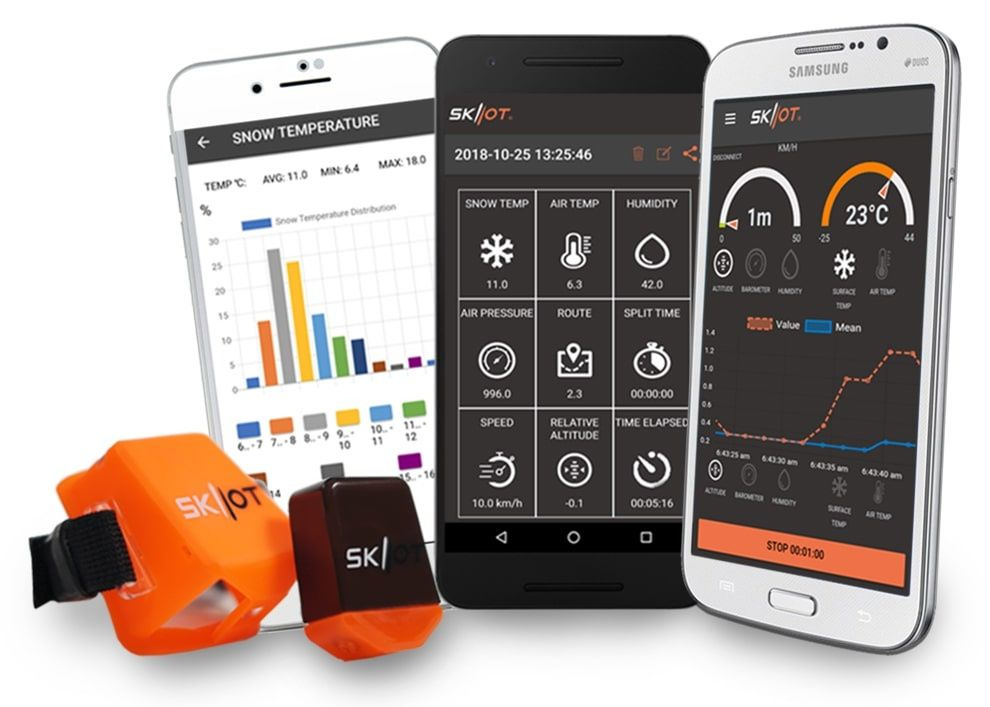 SKIIOT® utilises patented technology and it measures gliding performance of the ski, technique of the skier and surrounding conditions, all realtime.

Since then, Höynälä has made two other IoT inventions and founded companies to commercialise his innovations. He is now bringing digitalisation and artificial intelligence also to kitchens with his CMICRO® smart microwave oven, and to hospitals with his KIPUWEX™ pain assessment device. All inventions have been protected with patents, and the aim is the international market.

Höynälä says that he has learned the hard way, and by losing money, how important it is for a technology startup to find a patent partner who successfully and accurately can draft and prosecute the applications into granted patents, and guide the applicant with the process.

“The very first patent application for my first invention went in the wrong direction initially. I did not know enough about what it takes for a granted patent. Then I got good advice and found Kolster, and things started to move in the right direction with my two later inventions from the outset”, Marko Höynälä says. 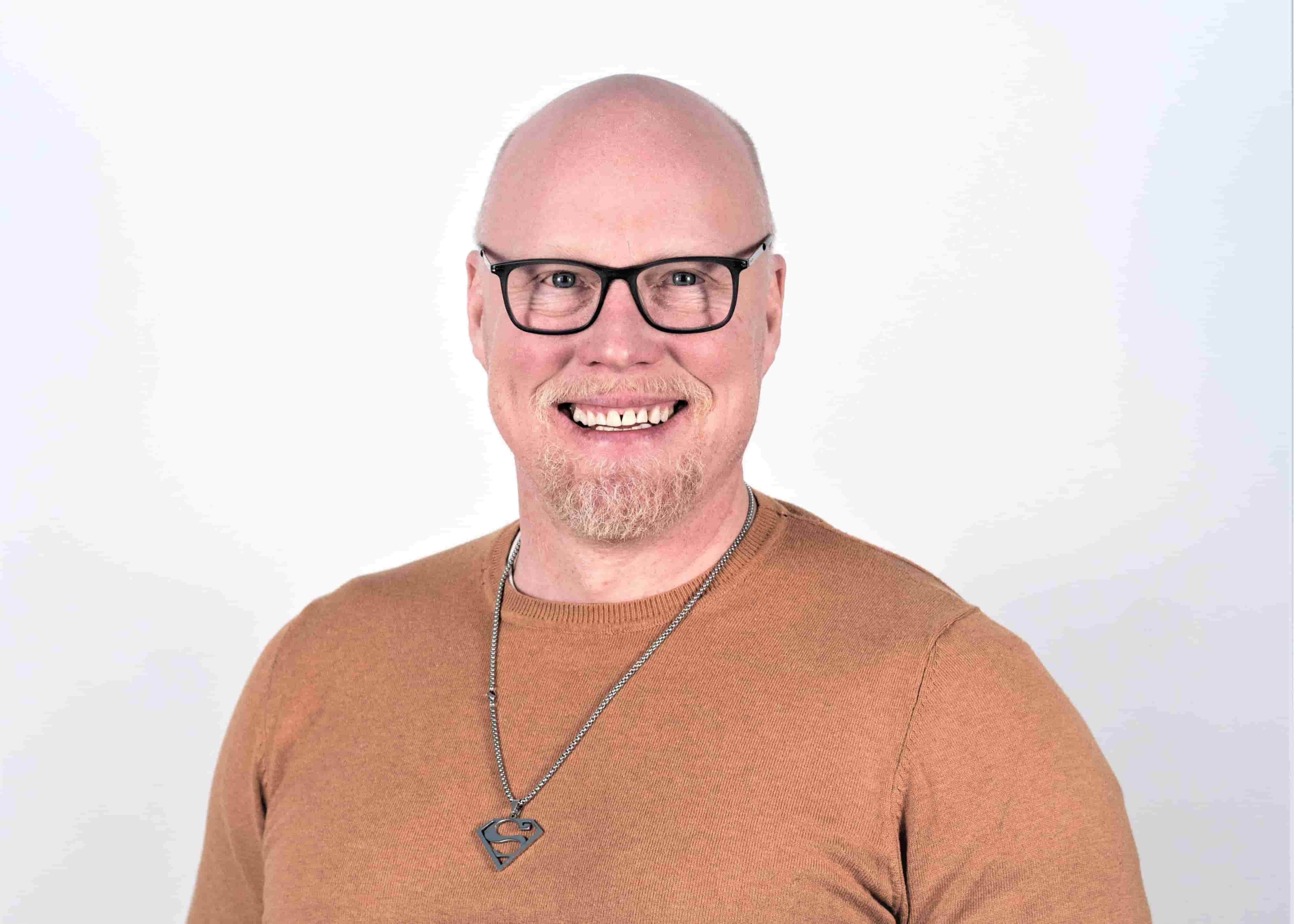 “The starting point for protection has been obtaining patents with real commercial significance for my inventions. When you have a strong patent, the technology can also be licensed”, says Marko Höynälä, IoT inventor and founder of Exiops Oy, Wiciot Oy and Kipuwex Oy.

Höynälä’s second invention utilises wireless network technology in microwave ovens. A smart sensor measures temperature in real time and alerts you when the food is at your desired temperature, not too hot or too cold.

“In the very first quick prototype, I put electronics inside a split beer can to see if they remain safe from microwave radiation there”, Höynälä says.

As the prototype progressed, Höynälä founded Wiciot Oy and started the patenting process. He applied for and received public funding to support it, an innovation voucher granted by Business Finland.

“Had this innovation funding not been available, the patent application might not even have been filed. The voucher was just enough for the initial phase of protection, i.e. surveys and the filing of the first patent application”, Höynälä says.

“With a good invention and patent application, the official processing can go even faster than expected. It is still quite rare for a patent to be obtained in less than 18 months. We received an official action on approval quickly and a granted patent in less than a year”, Harri Antila describes the problem-free application process.

As a follow-up to the Finnish patent, protection was extended to the most important target markets through the international application system. A separate application was simultaneously filed in China via the national system in order for it to enter into force as quickly as possible to prevent copying − and it was worth it.

“The Chinese patent was obtained in the summer of 2019, in about a year and a half”, Antila says.

Is this what the microwave oven of the future will look like? CMICRO® is revolutionising the market with a completely new kind of technology and design. The final design will be implemented by an international licensed manufacturing partner.

Investors are not convinced with PowerPoint presentations, but with commercially valuable patents

Höynälä believes that every small technology company needs the support of a strong patent partner. That ensures that the requirements for obtaining a patent are met properly right away. Commercially valuable patents also convince investors.

“Investors always ask about IP protection. They also find out what has been protected and what makes the solution unique in quite precise terms. Investors cannot be fooled with just any patent or PowerPoint presentation”, Höynälä says.

The patent protection of the smart microwave oven has been supplemented by brand protection. Kolster’s trademark lawyer helped with the trademark registrations of the CMICRO® product name to ensure that the IPR package is sound from the point of view of investors as well.

“With a good concept, I was able to secure my first funding for the smart microwave surprisingly painlessly”, Höynälä says.

KIPUWEX™ to reduce the amount of pain in the world

The initial push for the serial entrepreneur’s third IoT invention came when Höynälä’s father fell ill with cancer and suffered severe pain in the final stages. How could pain management and measurement be digitalised, Höynälä pondered.

“I wanted to solve a major problem and reduce the amount of pain in the world.”

There are twelve different physiological biomarkers associated with pain that allow its intensity to be calculated. The wireless KIPUWEX™ pain meter created by Höynälä can measure nine of them.

“It is technically challenging to link such a large number of biomarkers to a small measuring device. No one has previously been able to develop a reliable pain meter for small children who are unable to express themselves, for example”, Höynälä describes the technological challenge.

In 2017, KIPUWEX™, a device attached to the patient’s chest, won the innovation competition of the Northern Ostrobothnia Hospital District. This launched close product development cooperation with the Oulu University Hospital. Kolster filed the first patent application for the invention at the time of the innovation competition ─ with another application submitted as the product development progressed.

Pertti Brockman, a patent attorney well-versed in IoT inventions, is responsible for the patenting of the KIPUWEX™ pain care and assessment device at Kolster.

“As an invention evolves, it is a good tactic to file new applications and start gathering a wider patent family around your area of technology”, Brockman says. 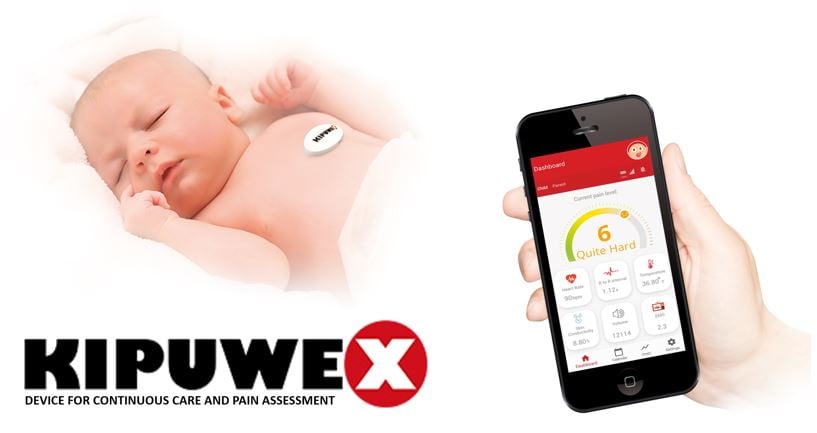 KIPUWEX™ has been developed in cooperation with the Oulu University Hospital. International cooperation is being carried out with Nanjing Children’s Hospital in China as well as other partners operating in China, Dubai and Pakistan, for example.

According to Brockman, the patent application for the smart pain meter has progressed very promisingly.

“The results of the examination carried out by the European Patent Office were entirely positive, so the invention is on its way to comprehensive protection in Europe. International applications have now also been filed in major markets in China and the US.”

The company’s strategy is to jump straight onto the global market with the pain meter.

“We have a strategic decision to take the device to emerging markets first. The first orders have already been received from Pakistan. With this product, we are not thinking about technology licensing to begin with, but instead are striving to bring the device onto the market ourselves through an international distribution network. The products are currently manufactured in Oulu”, Höynälä says.

But what about that first invention, the ski analyser created on the snows of Levi?

“SKIIOT® has been the most ‘painful’ invention to put on the market. The technology was ready a couple of years ago, but it has been difficult to find investors in this narrow niche market. In addition, the coronavirus has messed up the strategic cooperation plans for production and the ski season is almost over, so conquering this market will have to wait a bit.”

Want to discuss international protection of your technical innovation or brand?

iLOQ brought locks to the digital age with patents

KNL Networks: Digitizer of seafaring tamed the ionosphere with its patents