The most valuable components of SISU® vehicles are IPR and brand

“SISU® has found its place on the heavy trucks and special vehicles market”, say Timo Korhonen and Petri Kananen, the executive duo driving the growth of Sisu Auto’s export business. They consider intellectual property, the SISU® brand and special expertise to be the company’s most significant assets. IPR partner Kolster’s valuation of the latest SISU GTP® product strengthens the company’s balance sheet and growth prospects.

Sisu Auto, a company celebrating its 90th anniversary next year, relies on the traditional and globally widely known SISU® brand, its quality reputation and solid special expertise in heavy vehicles. Despite the extremely fierce competition in the industry, the company has managed to grow in its domestic market since 2015. Business and IPR strategies have now been primed for growth in new export markets as well.

Sisu Auto has expanded its operations from traditional truck and military vehicle manufacturing to special vehicles designed for export markets, as well as design and project services for the transport equipment industry in developing countries.

“We strongly believe in our brand’s ability to increase market share in all of our business areas”, says Petri Kananen, Managing Director of Sisu Auto.

In the next few years, leading the growth is the latest product developed by the company, the armoured special vehicle SISU GTP®. It is suitable for most defence and security operations, for example, as a personnel transport, patrol and system vehicle. The acquisition of a test series for EUR 3.8 million announced by the Finnish Defence Forces last summer has already enabled the launch of serial production. The vehicle also won a procurement comparison organised by the Latvian Ministry of Defence, which involved a dozen international military vehicle suppliers.

“The overall security situation has become more unstable over the last ten years. That is now boosting the demand for our military vehicles, especially in the neighbouring Nordic and Baltic countries, but the product has global market potential through local cooperation and licensing.” 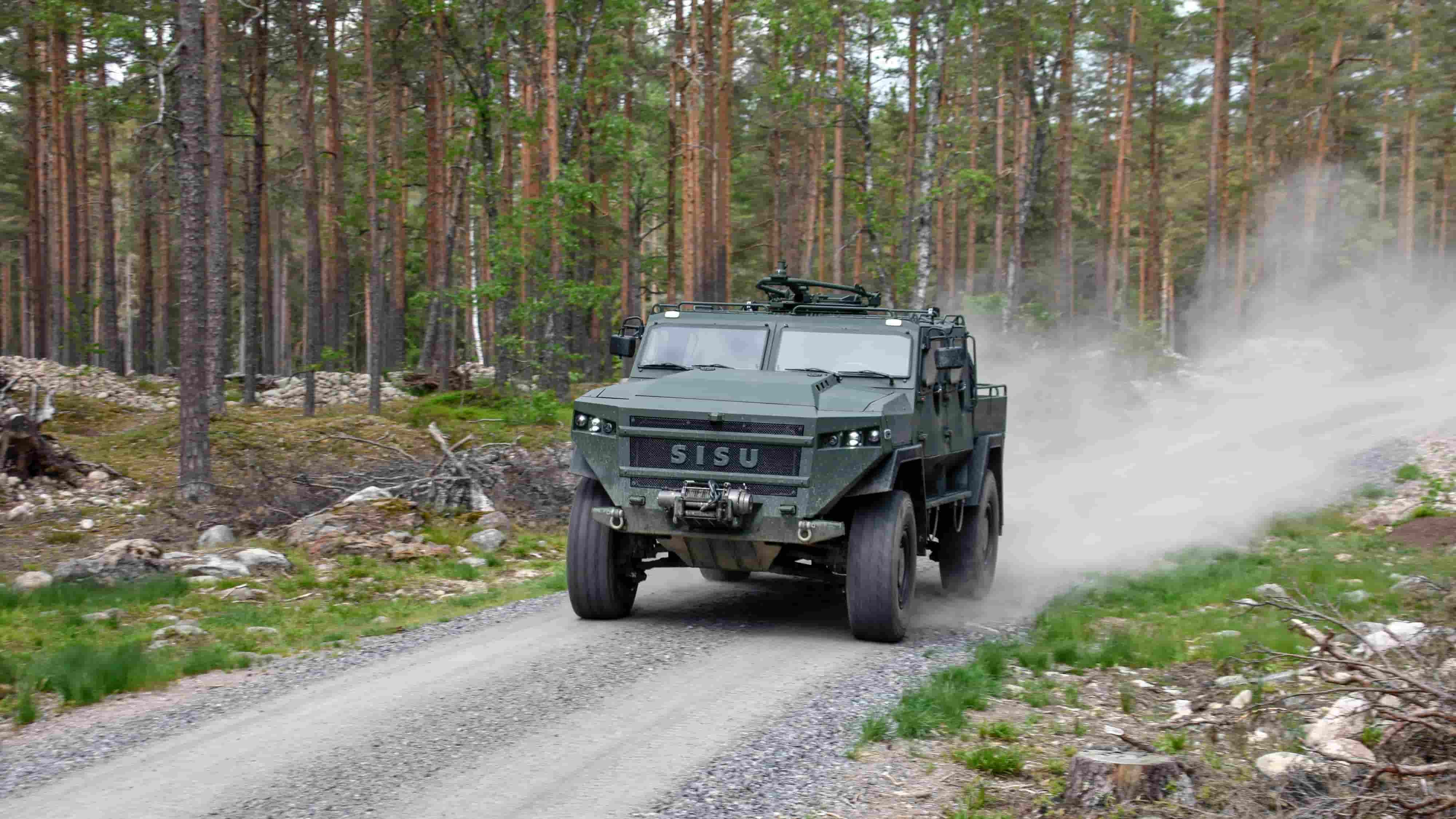 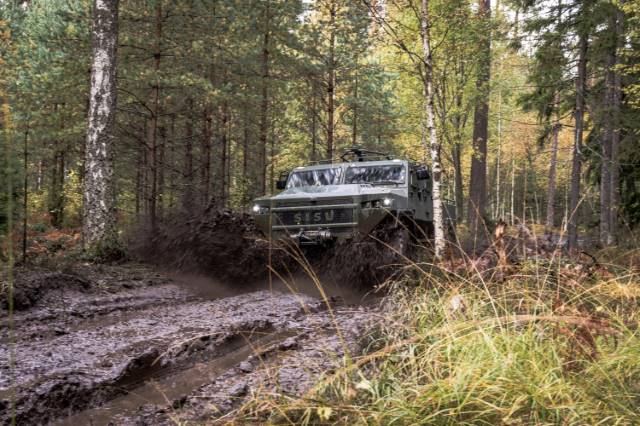 With the export growth targets, Sisu Auto’s Board of Directors has been actively considering what the assets of the traditional manufacturing company consist of, what is the value of intellectual property, how is it determined and how is intellectual property recorded in the company’s financial statements and balance sheet.

“I started an IP valuation project at Sisu Auto already about five years ago. At that time, we developed an IPR strategy for the company with Kolster’s support, and extensively trained our personnel to understand the importance of a strong brand for our operations. Now that the Sisu Defence business has got off to a very good start, we wanted Kolster to provide an expert assessment of the IPR assets related to the SISU GTP® product and their value, as a follow-up to the work already done”, says Timo Korhonen, the current owner and Chairman of the Board at Sisu Auto.

IPR assets are a very important part of the company’s capital for a product developer like Sisu Auto. The company has the ability to design, develop and manufacture world-class end products for heavy special use more efficiently than its major competitors. In low-volume production of special vehicles tailored to their intended use, the majority of investments are directed at product development, intellectual property rights and developing the company’s own operations. According to Korhonen, this creates an accounting dilemma.

“We use millions for product development every year. However, the growth prospects and expected returns for a new product can be staggering compared to the investments – as is currently the case with the SISU GTP® product. Such potential has not previously been fully reflected in the balance sheet, as investments have been recorded on a cost basis only in fixed assets.

"IP valuation enables Sisu Auto to have a stronger balance sheet and better conditions for growth, as well as the sale of licenses to local partners on the export market at the right price. It also contributes to securing new partnerships and forms of funding.”

The valuation project carried out by IPR partner Kolster helped Sisu Auto further clarify the value of IPR assets for the company and better understand the elements that make up that value. At the same time, it helped with attaining a better grasp of the management of product-specific IPR documentation in-house.

“The IP valuation prepared for us by Hannes Kankaanpää  was smartly done and well-founded. It was now implemented for our latest SISU GTP® product, but we will definitely continue to carry out similar valuations for our other products as well.”

Petri Kananen, Managing Director of Sisu Auto and Timo Korhonen, owner and Chairman of the Board.

The cooperation between Sisu Auto and Kolster in patenting and international protection of the brand and trademarks began in the early 1990s. The long-standing cooperation has made it possible to acquire IPR expert services flexibly according to needs, building on previous work – sometimes even on a challenging schedule. With regard to patent matters, Sisu Auto’s innovations have in recent years been managed by European Patent Attorney Veli-Matti Kärkkäinen, while the company’s trademark portfolio.

“Kolster is able to respond quickly whenever we have a burning need, such as this valuation of the SISU GTP® product as the latest example. It was carried out at Kolster on a tight schedule, with a firm focus on the matter”, Petri Kananen describes.

“We have been very pleased with the IPR support we have received from Kolster’s experts. And when the cooperation has been going on for so long, things really have to be working.”

Timo Korhonen remembers well why Kolster was chosen as a patent partner back in the 1990s when he was head of product development and research at Sisu Auto. A super-heavy vehicle was being developed for use in the mining industry under his leadership at the time, and a model for tripling the carrying capacity was sought from trains, for example.

“The project generated many innovations. We were quite the pioneer in these products. We needed a skilled patent partner, and Kolster was a well-known name in the industry. I received recommendations through my business network, and when the Kolster logo reads established in 1874, there was no need to take the debate about a reliable operator any further.”

SISU® has found its place on the heavy trucks and special vehicles market – and is here to stay. Sisu Auto’s own logo reads established in 1931.

“It is worth remembering that in the automotive industry, actual industrial production did not start until the early 1920s. Of this 100-year industrial period, we have been involved for 90 years. That is a very significant fact. Another important point is that the SISU® brand has remained the same all this time”, Korhonen describes the company’s strengths.

During its long history, Sisu Auto has had export operations to over 30 countries, so the gritty brand is widely known. The truck industry has become highly concentrated over the decades, and medium-sized truck manufacturers have practically disappeared from the market.

“There have been 196 independent truck brands in Europe within 100 years. Of these, only five large mass manufacturers and a dozen small ones remain. It is great to be part of this tough group of less than twenty companies!”, says Timo Korhonen.

Sisu Auto stands out from its competitors by focusing on special turnkey products that allow the company to make do even at low volumes. Large competitors are defeated in product development efficiency, agility and customer service. The volumes for special vehicles are quite small globally as well.

In special vehicles, high expertise means the ability to design the best product for customer needs at a competitive price.

“We build a tailored product for special conditions, one that is more advanced than a basic truck, and equip it for a specific purpose while still utilising basic components that guarantee serviceability as much as possible”, Petri Kananen describes.

Special vehicles operate in challenging conditions, so they must have very good off-road or weight-carrying capacities. Special solutions are needed for the suspension and frame axles, for example. Sisu Auto has delivered transport vehicles for difficult conditions in the mining and oil industries, among others. The most striking examples are the super-heavy special vehicles delivered to the energy giant OMV Petrom for oilfield maintenance in Romania.

“We have been able to create great product features that other manufacturers do not have.” 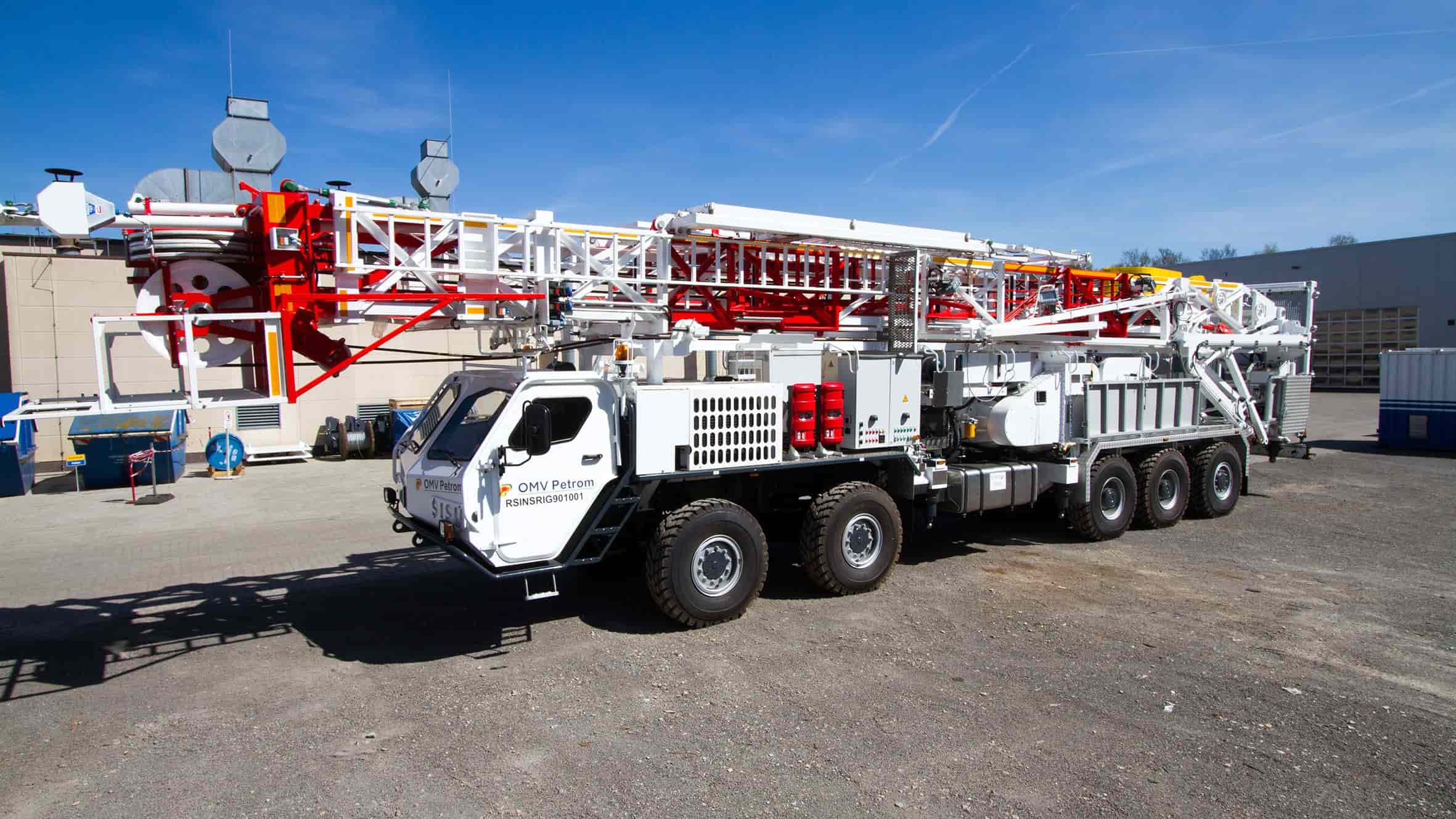 Sisu Auto also provided hard evidence of its expertise in 2017 when it developed, patented and launched a hybrid diesel-electric system for heavy vehicles as the first in the world. The system is used in the trucks of the SISU POLAR® range, which have been developed for the demanding and varied conditions of the Nordic region and for heavy work tasks in, for example, earthmoving, timber transport and road maintenance. In the near future, hybrid power transmission will take place as an even more advanced, fully electric version.

Sisu Auto’s expertise has also been noted by Daimler, which has been a major partner of Sisu Auto since 2010. Daimler supplies the main components of SISU® vehicles, such as engines and cabs. The company is known to be selective with its partners and careful about the quality reputation of its Mercedes-Benz brand.

“Daimler values our expertise because they know very well how fierce the competition is and how we still make do. We have a small design unit compared to our large competitors, and yet we are able to make world-class end products. It is an indication that our expertise is at a high level”, Korhonen says.

Sisu Auto’s history has included many phases and changing ownerships by both private entrepreneurs and the state, as part of large companies such as Partek and Kone, and most recently in the hands of private equity investment firms before Timo Korhonen and the previous Managing Director Olof Elenius acquired the company’s entire share capital in 2010. Timo Korhonen has been the sole owner of the company since 2013. He strongly believes in the future of the Finnish transport equipment industry – and in the SISU® brand.

According to Korhonen, in the engineering industry, it is easy to think traditionally that concrete products and factories are the most valuable assets of companies.

“But that is not the case. For us, the most valuable components are IPR, the SISU® brand and the ability to produce new products and special services. We have been able to sell design services to large Chinese car manufacturers, for example, as well as special vehicles to the mining industry in Central Europe and South Korea, and the fact that the brand is well-known and associated with demanding products has been very crucial to this success.” 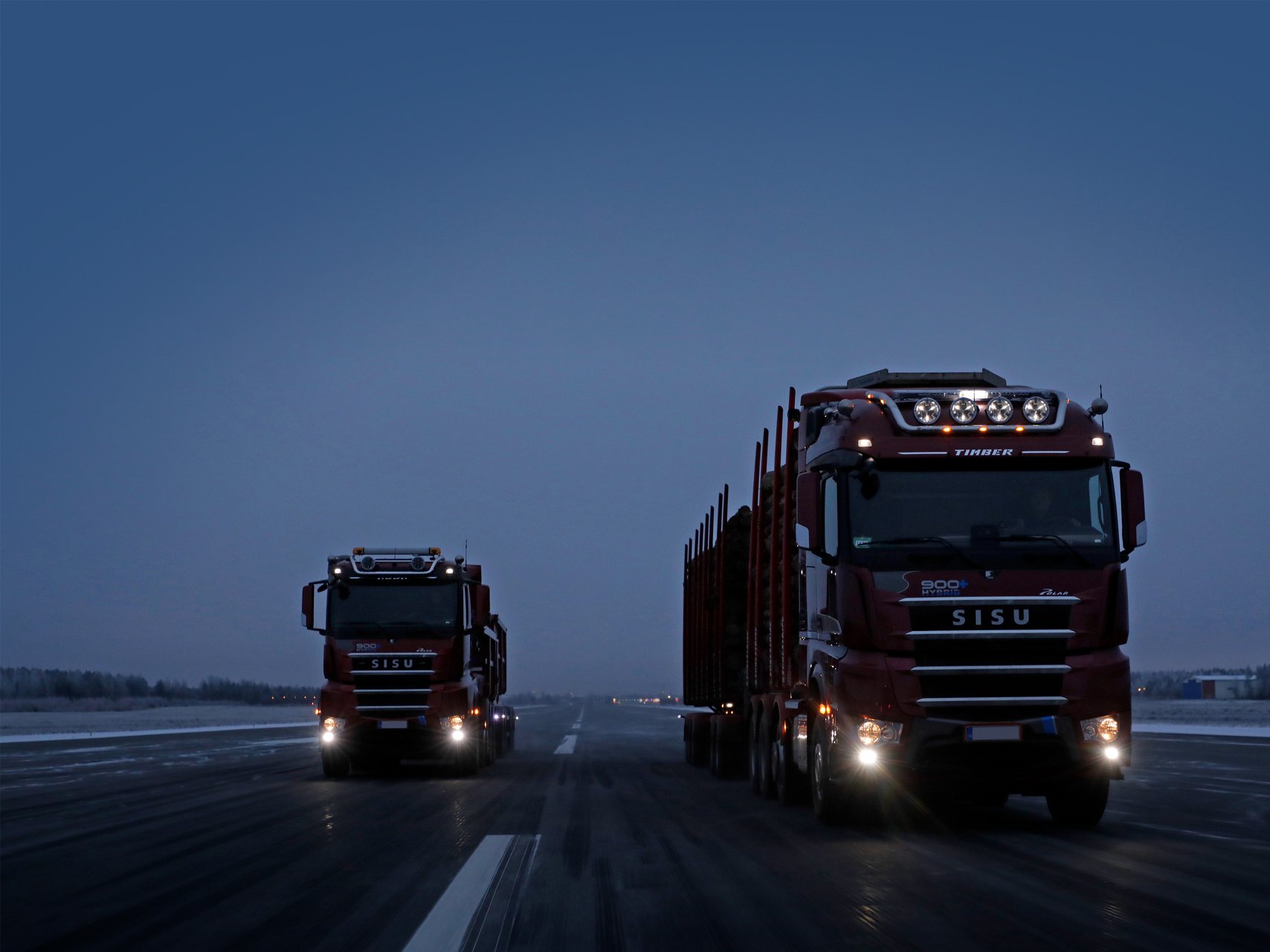 Want to discuss IP valuation or the international protection of your unique brand or technology?

Support for licensing, commercialisation or applying for funding from IP valuation

Kolster service team supports you in all administrative IPR work