The earthmoving industry is going through a transition, and the digital site is gaining ground in large infrastructure construction projects. The smart machine control systems and sensor measurement technology developed by Novatron play an important role in the digitalisation of sites.

When Novatron’s CEO Jukka Tervahauta founded his company in the middle of a recession in 1991, he had a vision: to enhance the control of earthmoving machinery with the help of technology. His first own product was an inclinometer for grader blades. Next, he was the first in the world to develop and patent an excavator gauge utilising semiconductor technology, an acceleration sensor that measured the position of the boom and guided the work of the excavator operator.

“The patent for the first excavator gauge was significant for Novatron, as it enabled us, as a small Finnish company, to already enter into cooperation negotiations with a large US partner”, Jukka Tervahauta describes the first step in the company’s internationalisation.

Since then, technology has evolved by leaps and bounds, especially with GPS systems for the positioning of construction machinery, and in thirty years Novatron has developed into a global pioneer in machine automation. The company is now enjoying years of rapid growth.

“We have managed to create a machine control system that is of interest to earthmoving contractors and construction machinery manufacturers around the world as 3D machine control and building information modeling (BIM) are turning sites digital at an accelerating pace. We have increased our turnover tenfold in ten years, and in recent years the growth rate has been in the order of 30%”, Jukka Tervahauta says. 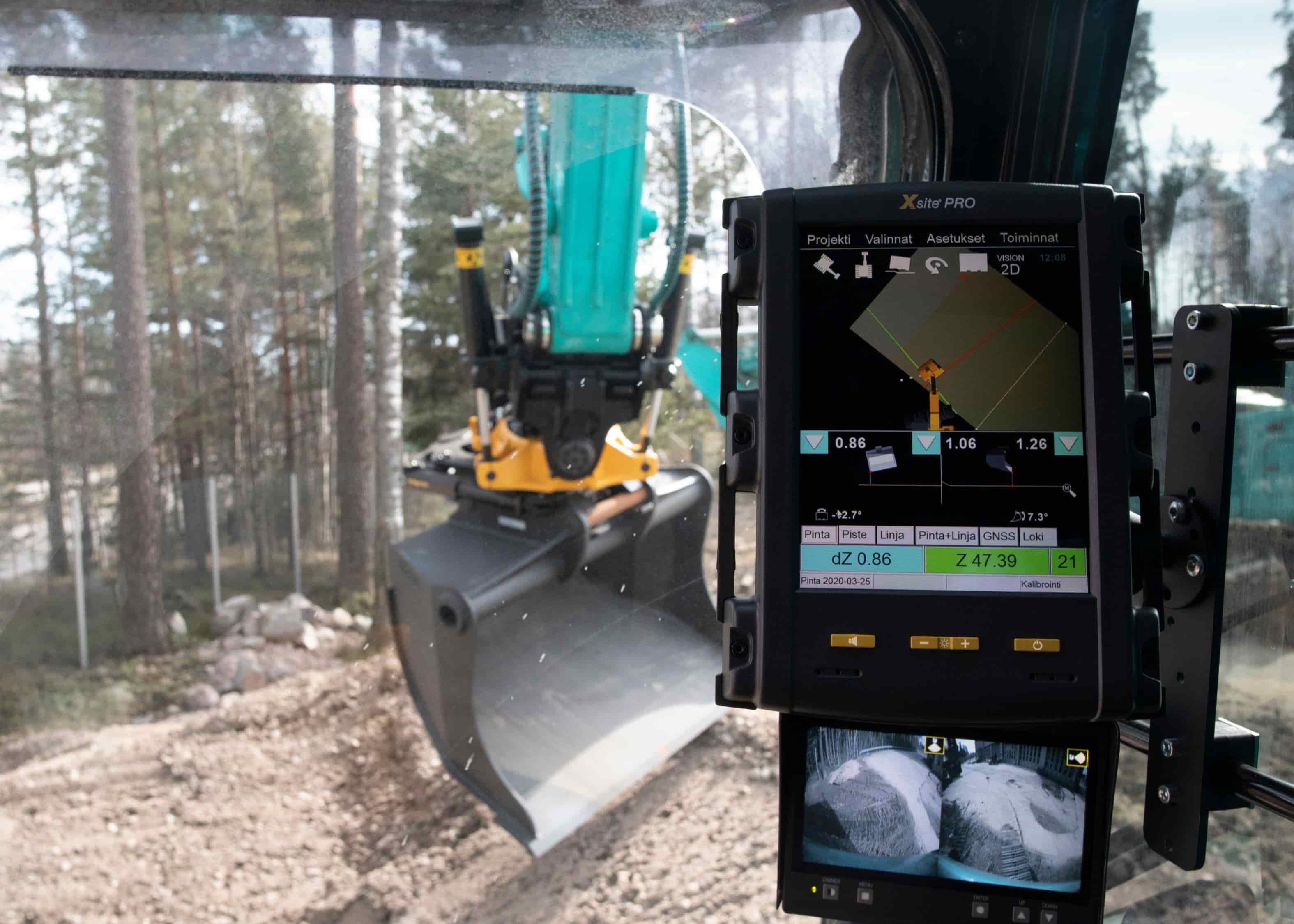 “The cooperation between Kolster and Novatron began in around 2013, when our need for patenting increased very significantly. We chose Kolster as our patent partner, and it has been a good choice for us. Over the years of cooperation, Novatron’s IPR protection has developed into a professionally and systematically managed IPR operation, and we have created significant patent assets to protect our core technology”, Tervahauta says.

According to Tervahauta, patents are one of Novatron’s important competitive assets.

“The only way for a small company to succeed in international competition is for us to have the best product on the market. That requires continuous product development and technology protected by several patent families.”

The patent protection must also withstand international scrutiny and attacks from competitors, as on the global market, Novatron’s competitors are large listed companies with turnovers amounting to billions, operating also in other industries than just machine automation.

“Good technology is always of interest even to big players at the latest when it starts to be successful on their home market. Patents give you a living space in the market, and they provide leverage for negotiations in the event of conflict. In a conflict situation, the patent protection for your own key products must be in really good shape”.

For the time being, Novatron’s main market area is the Nordic countries, where the digitalisation of earthmoving work is far advanced. Here, large infrastructure projects are already based on 3D models, with paper plans no longer laid out on road construction sites, for example. BIM-based plans are transferred digitally, via a range of cloud services, to Xsite® machine control systems developed by Novatron. This provides drivers with information on where and how land should be excavated or filled.

“The rest of the world is currently three to six years behind Finland and the other Nordic countries. It can be said that not only new technologies, but also new ways of working on digital construction sites are being developed with Novatron leading the charge”, Novatron’s CTO Petri Moisio says.

In addition to equipment and software deliveries, Novatron’s digital construction experts consult with large contractors and sites on how they can transform the site process into BIM-based work.

In Finland, Novatron has actively developed industry standards and BIM-based production in cooperation with universities, research institutes and Destia, a Finnish contractor of road maintenance, roadworks, railways and other infrastructure construction.

“Destia widely uses the machine control systems we supply. A significant domestic site is also the Tampere tramway, which has been implemented on a BIM basis with Novatron’s systems and the guidance of our experts.” 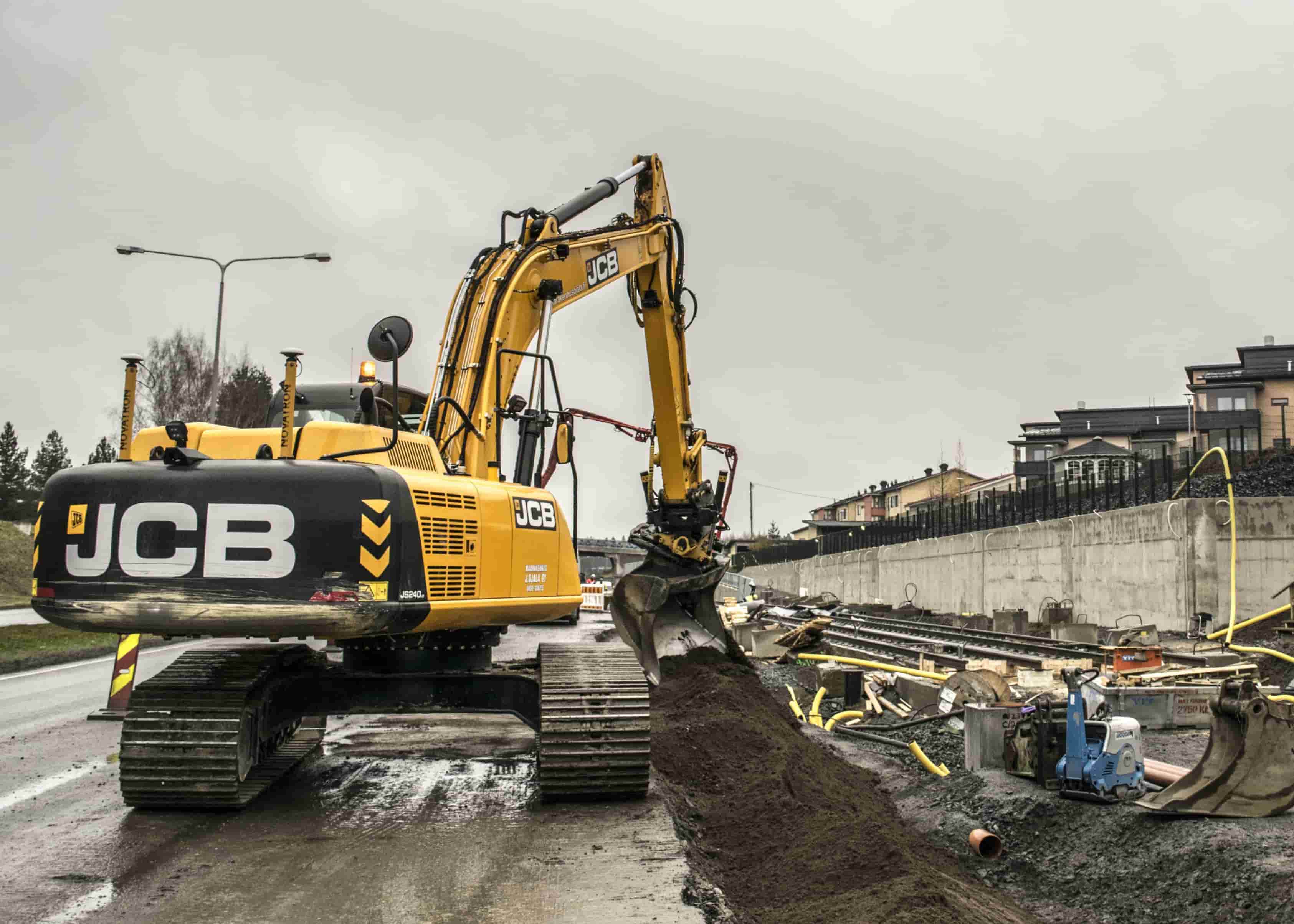 Novatron’s internationalisation took a significant leap in 2011 when the company entered a key partnership with its long-term partner, the German MOBA Group. MOBA now has a minority stake in Novatron. The companies’ areas of expertise complement each other well, and the cooperation has opened new doors for Novatron. MOBA acts as a global retailer of the Novatron Xsite® machine control systems.

In addition to complete systems, Novatron’s goal is to provide automation solutions and components for machine manufacturers to digitalise and robotise infrastructure construction.

“We aim to open OEM sales channels directly to construction machinery manufacturers, allowing them to install Novatron’s technology and components on their machines already at the factory”, Petri Moisio talks about new business opportunities.

The greatest potential is currently in sight on the Chinese market. MOBA has a subsidiary in China that has helped establish negotiation connections with major Chinese manufacturers.

“This is one of the reasons why we have wanted to get our IPR protection in particularly good shape in China. There, patent protection has been supplemented with design rights for certain key components to prevent direct copying, so that we can safely present and sell them to large construction machinery manufacturers.”

A slice of a EUR three thousand billion pie

The current retrofit market for machine control systems still has significant growth potential for Novatron in the next few years in the Nordic countries, but growth will be sought next especially on the Japanese market.

“Japan is following closely in our footsteps, and the digitalisation of the earthmoving industry is already in full swing there. In the United States, Europe and Australia, a considerable amount of machine control equipment is already being used on sites, but differing standards and practices between different countries and states are still somewhat slowing down the widespread adoption of BIM-based production”, Moisio says.

Infrastructure construction is one of the pillars of society all over the world, so as a whole, the growth potential of the sector is huge. According to Novatron, the global market for BIM-based production in 2025 will be in the range of about EUR three thousand billion.

“If we manage to get even 5% of that market, that already provides a huge growth potential for the Finnish Novatron, which employs 130 people and had a turnover of EUR 21 million last year.”

Do you have an invention you would like to discuss with a patent specialist?