The octopus likes velvety softness, and a barramundi lure must withstand the weight of a moped car. Rapala, the world’s largest lure manufacturer, knows fish and is constantly innovating new products to the delight of fishermen. New innovations are now being fuelled by environmental issues. Development Manager Juha Siirtola is familiar with Rapala’s inventions from a period of over 30 years and knows how important it is to handle IPR matters well.

“Our own product innovations are definitely the greatest pillar of Rapala’s success and annual turnover of EUR 270 million. Central to them are the lures’ functionality, good usability, appearance that captivates fish and fishermen, and new, more environmentally friendly materials”, Juha Siirtola says.

He coordinates the patenting activities of the Rapala VMC Group and works in the Finnish product development team in Vääksy, Asikkala. Rapala originated back in 1936 when fisherman Lauri Rapala developed a wobbler lure that mimicked the wobbling movement of a wounded fish, attracting predator fish. Since then, new lures have been invented and developed in Vääksy for the pleasure and benefit of fishermen.

The most significant part of the Group’s new product design has been concentrated in Vääksy – the product development of fishing tackle for Asian and other global markets is also managed from there.

“Rapala’s patent applications come mainly from this lure development work that is carried out in Finland”, Siirtola says. 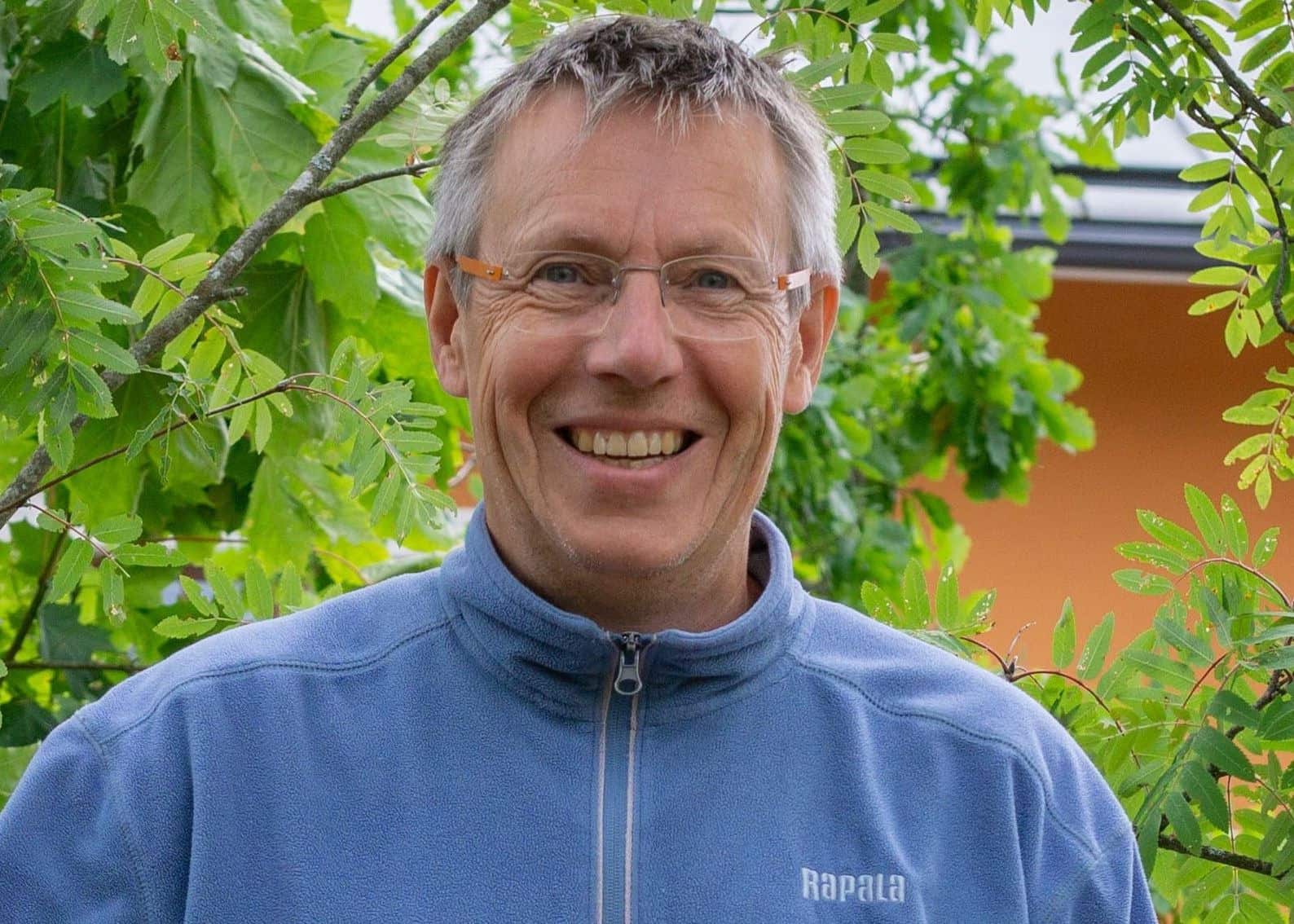 Rapala’s Cinderella story: from Asikkala directly to the American market

Rapala’s journey from Asikkala to the company’s largest export market in North America began with the Helsinki Olympics in 1952. Tourists at the competition brought Rapala wobblers back to America as souvenirs, and their reputation began to spread among fishermen. Exports to North America began in 1959 at the request of Americans. When Life magazine introduced Rapala wobblers in 1962 in an issue that also covered the death of Marilyn Monroe, demand exploded to the level of millions.

Today, Rapala VMC produces 20 million lures every year, and they are being used to repeatedly break fishing records. Rapala’s fishing tackle is sold in 140 countries, and the network of its own distribution companies is the most comprehensive in the industry. Rapala employs 2,600 people in 42 countries. In addition to Finland, the main production facilities are located in France, Estonia, Russia, England and Indonesia.

According to Siirtola, Rapala’s products are protected from copying especially by the comprehensive network of its own distribution companies.

“It is difficult to get into such a distribution chain with copied products. For example, products only go to the largest customer in the US, the world’s largest retail chain Walmart, through Rapala’s own distribution company.”

It is however important to protect unique products with patents as well. 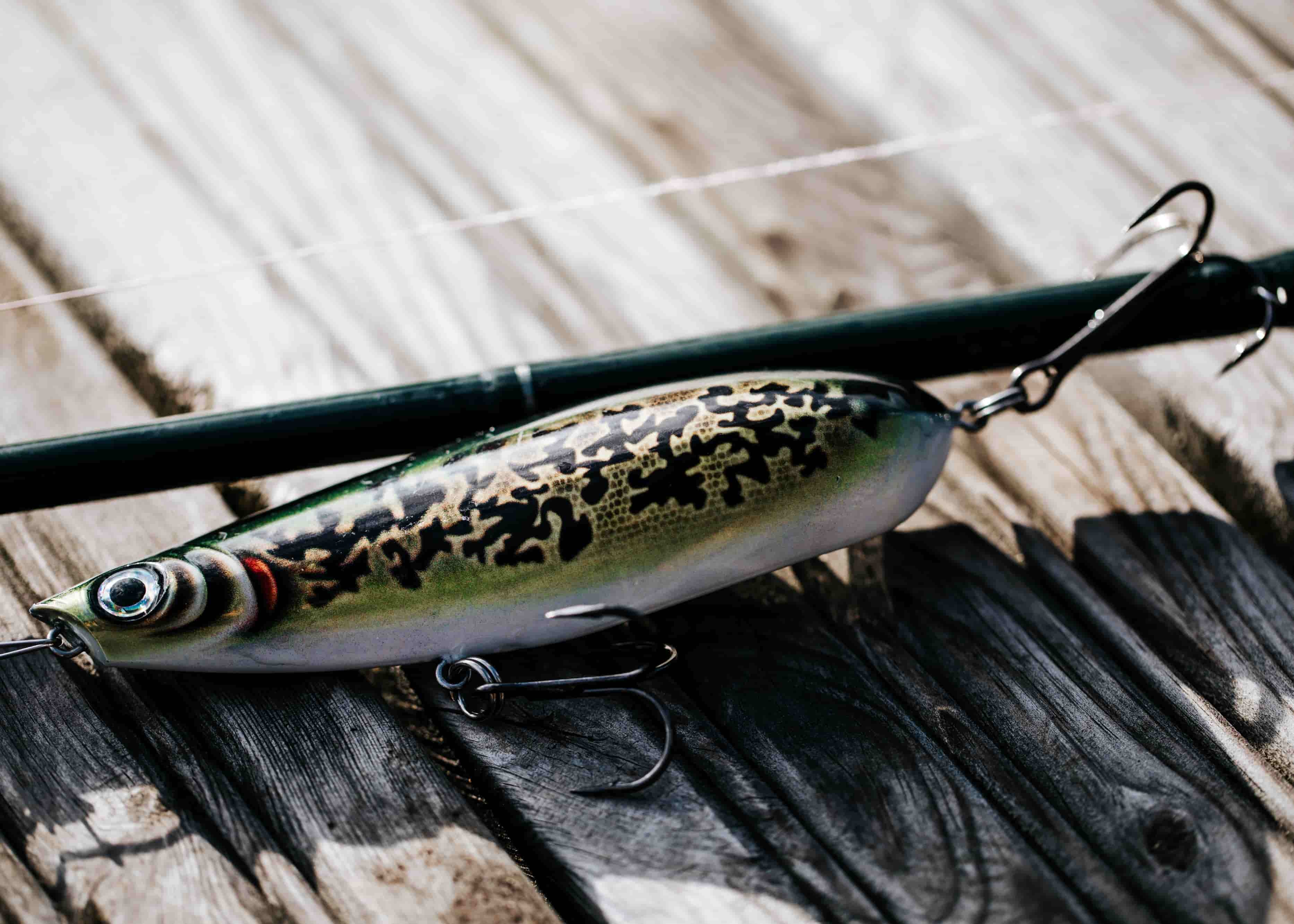 When Juha Siirtola started at Rapala, the company did not have any patents yet. He has been involved in launching the company’s patenting activities, and has himself been listed as an inventor in a total of six Rapala lure patents.

The cooperation between Rapala and Kolster started around 2012 when the Rapala Group acquired the ice auger production of the Swedish company Mora. Mora had patents related to ice augers that had been handled by Kolster’s partner in Sweden. They had to be transferred to Rapala, and the company also had a need for regular IPR activities, such as novelty searches and patent surveys related to competitor monitoring and freedom to operate.

“Kolster made a good offer on the whole package, so we centralised the handling of patent matters, the drafting and prosecution of new patent applications and the management of Rapala’s patent portfolio to Kolster. It has proven to have been a good choice”, Siirtola says.

According to him, patenting is a cumulative and two-way learning process in which it is advantageous to have patent matters centralised to one partner.

“Partnership is at its best when we know each other so well that the patent partner can immediately ask the right questions and provide advice on how to achieve a good outcome. We get good service when the patent partner has a good understanding of the industry, interconnected products, patents, competitive situation and needs of the company.” 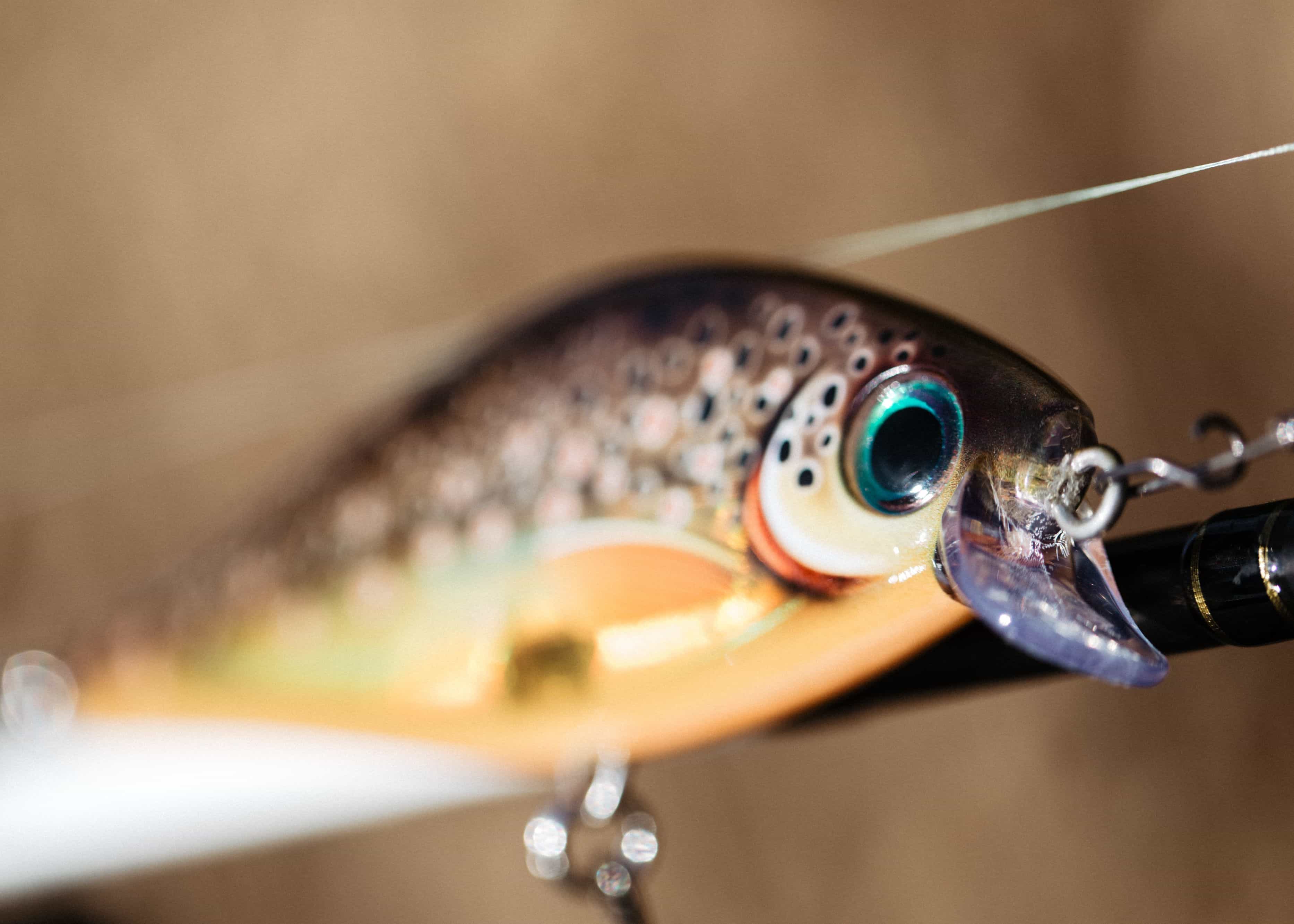 The life cycles of fishing tackle and many other leisure products are quite short, so patenting has not traditionally been done very actively. Rapala, too, modestly patents product innovations that will stand the test of time, and will be widely used.

“Product life cycles are clearly becoming even shorter nowadays, so for products in this price range, it is necessary to carefully consider the benefits of a patent investment: is it possible, and is it wise?”

That is why, according to Siirtola, various preliminary novelty searches and patent surveys are at least as important to Rapala’s product development as new patent applications.

“Preliminary novelty searches for new product ideas are a significant support function for our own product design and making strategic protection decisions. We must be careful not to go too far with product development projects where patent obstacles from competitors may arise.”

In addition to preliminary novelty searches, the patent team at Kolster Tampere office has carried out various targeted surveys and patent searches for Rapala, as well as analysing available patent information, competitors’ protections, the industry’s patent landscape, and the freedom to operate.

“Our current main contact person in patenting, Sinikka Veittola, in particular, has regularly conducted patent searches for us as regards competition. We have quickly received information analysed by a patent attorney about what is happening in technology areas that are important to us.” 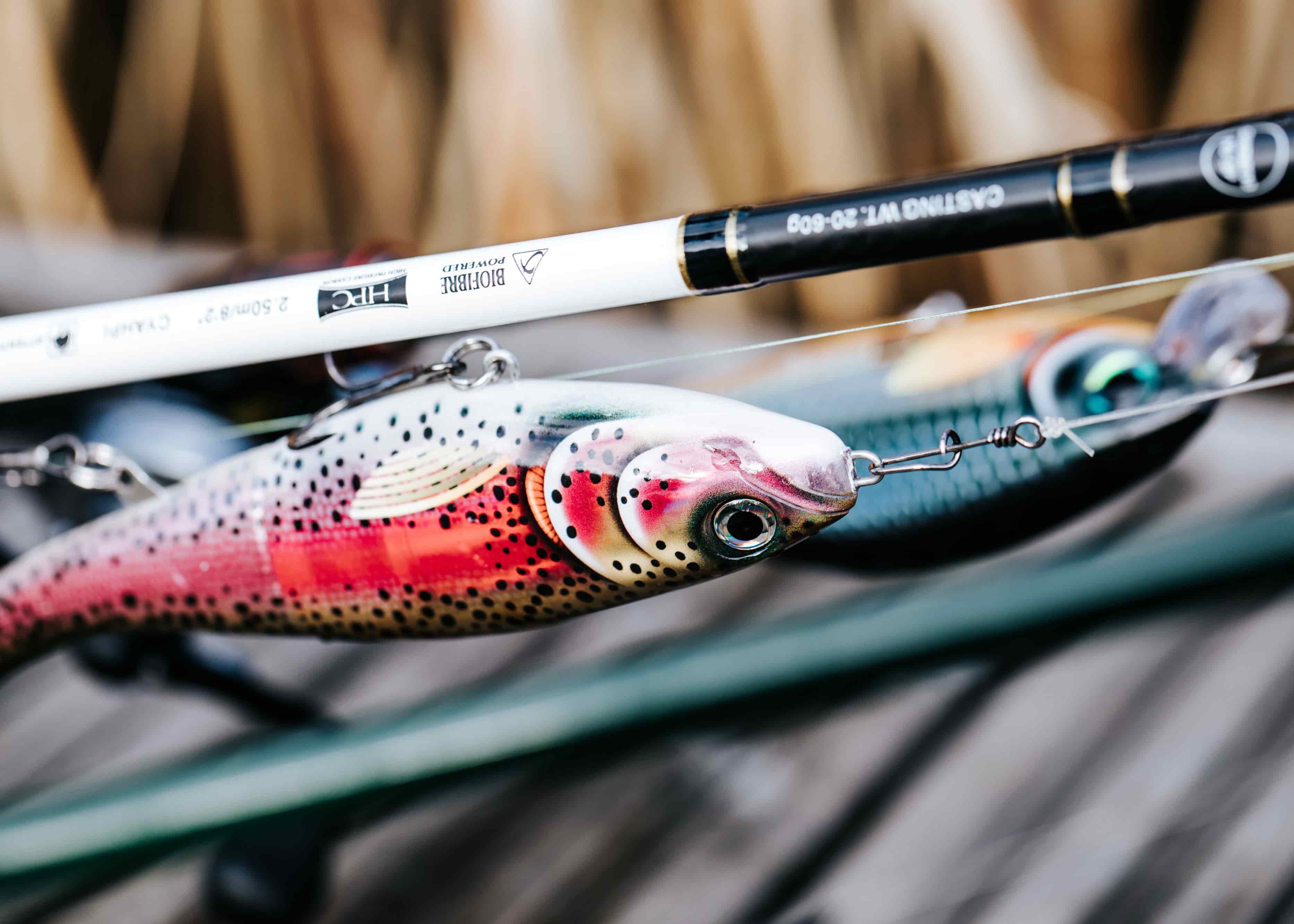 Weight transfer mechanism is one of the most significant lure inventions

Rapala has developed the functionality and ease of use of lures, in particular. The aerodynamics of lures, i.e. how they fly in the air, is especially important in small and medium-sized lures. They are volume products used by a wide range of recreational fishermen from children to their grandparents. These lures are also associated with one of Rapala’s most significant patents and technical solutions: a weight transfer mechanism.

The special design solves a significant problem in different situations where lures are used. When the lure is swimming forward, the weight inside it should be as much to the front as possible so that the head is pushed down slightly and the tail swims nicely. When casting, the weight must be right at the back of the lure in order for it to fly in a good position.

“It is a convenient mechanism that is well-suited for many products. The patent has been in force for 15 years already, and it is still very significant for us.”

The importance of patents will grow in the future. Environmental awareness has increased in recreational fishing in recent years as well, and Rapala has innovated new materials to replace heavy metals in its new products.

“Over the years, we have already replaced 85% of lead with new materials, and this year we are striving to phase out lead sinkers in all of our Rapala products.”

Rapala also aims to reduce the accumulation of plastics in lakes, rivers and seas.

“For more than three years now, we have been conducting research into materials that can be used to manufacture products and components to replace plastic materials. This will be a big leap in lure manufacturing, and these new materials will also involve new patent applications that are important to Rapala.”

The product development project and related patents have been a big effort for Rapala in recent years. The project also involves a foreign material supplier whose research laboratory has participated in the project in addition to Finnish researchers. Currently, development work is being carried out in Rapala’s own materials laboratory.

Patent Attorney Sinikka Veittola has handled the actual patent application process and patent surveys, while Kolster’s IP and technology law counsel Hannes Kankaanpää has assisted in negotiations related to patent rights to joint inventions, as researchers external to Rapala from both Finland and abroad have also been listed as inventors.

“Hannes’ assistance was significant in these negotiations and in drafting a joint ownership agreement. The material supplier also had a lawyer and a patent office involved in the project at their end. Hannes had good, constructive suggestions, and we were able to progress nicely and achieve a good result in the contract negotiations.” 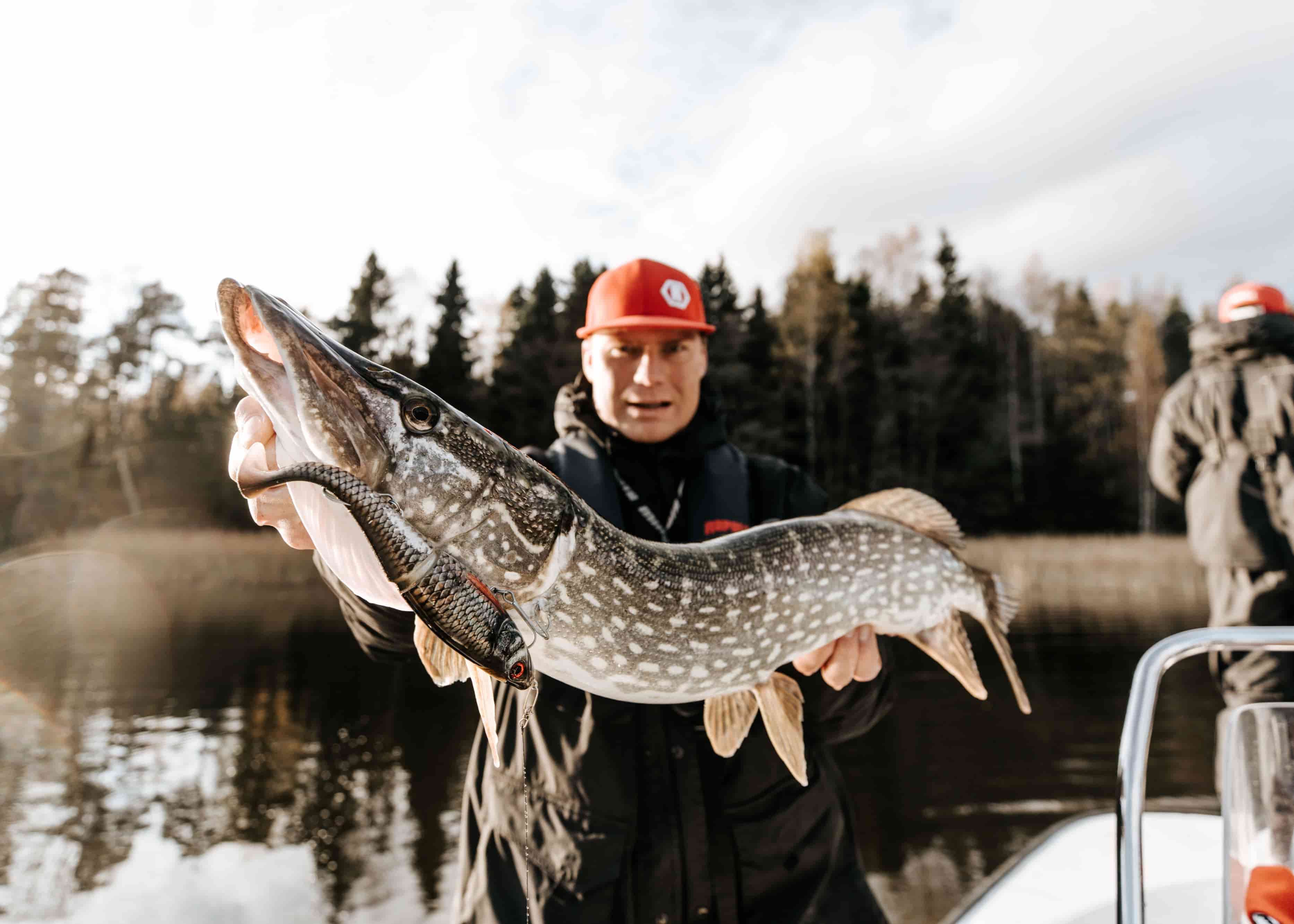 Rapala’s competitiveness on the global market is based on good local knowledge. The same lures do not work on different types of fish and markets, and habits are different as well. In Finland, the biggest volume comes from fishing for perch, pike and zander at summer cottages, whereas there is a lot of catch and release fishing in America. It has its own techniques and equipment.

Rapala’s patent portfolio also includes patents related to the appearance of lures, corresponding to the preferences of different fish species – or fishermen. For example, there are layered structures in which various bright, hard or soft structures have been created in the lure to achieve a 3D effect.

“The product is sold by appearance first. Good usability comes clear when the fisherman has been able to use the product. These support each other.”

In Asia and Japan, for example, octopuses are attracted using lures with a textile coating. The octopus likes to use its tentacles to touch a lure with a velvety soft, flocked surface.

Fish living in tropical waters are more active than those in cold waters. Australia, for example, has an extremely strong fish, barramundi. Fairly small lures are typically used to fish for it, but they must be so durable that they could be used to tow a moped car.

“Rapala’s vision is to provide nature experiences for all kinds of fishermen. In implementing this vision, innovativeness is certainly not diminishing.” 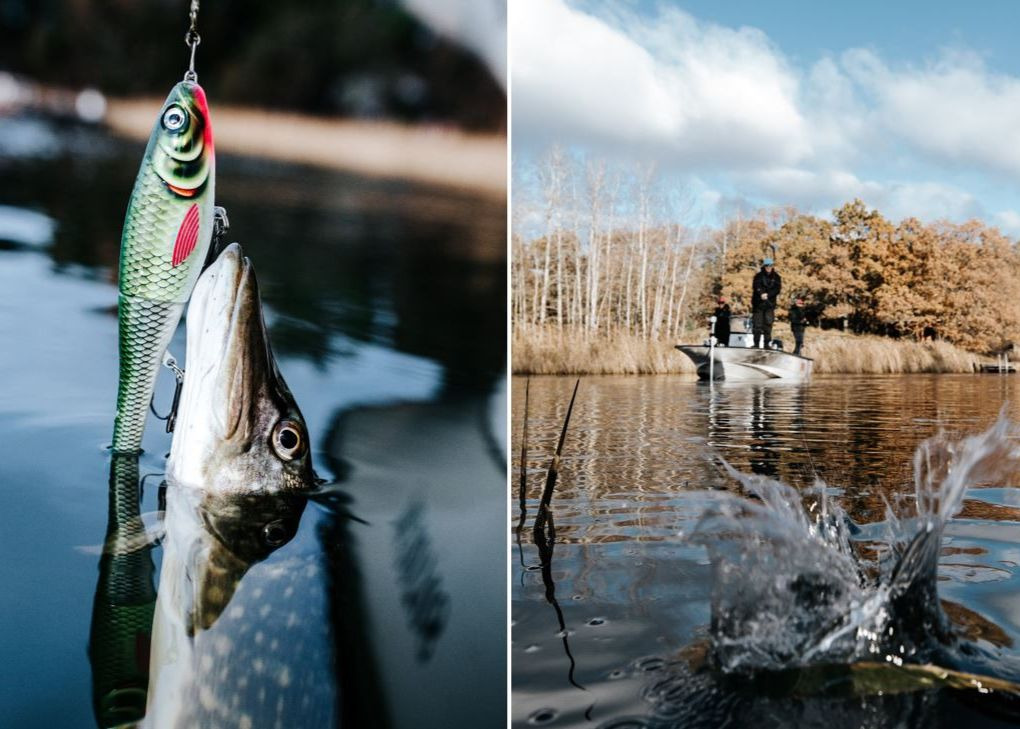 Do you want to explore the patenting potential of your innovation or the patent landscape of a particular technology area? Do you need expert help with IPR-related contracts?

Have you found out whether your invention resembles existing patents or publications?

Ensure freedom to operate and protect your business

Did you know that every third patent application is rejected because the invention is not new? 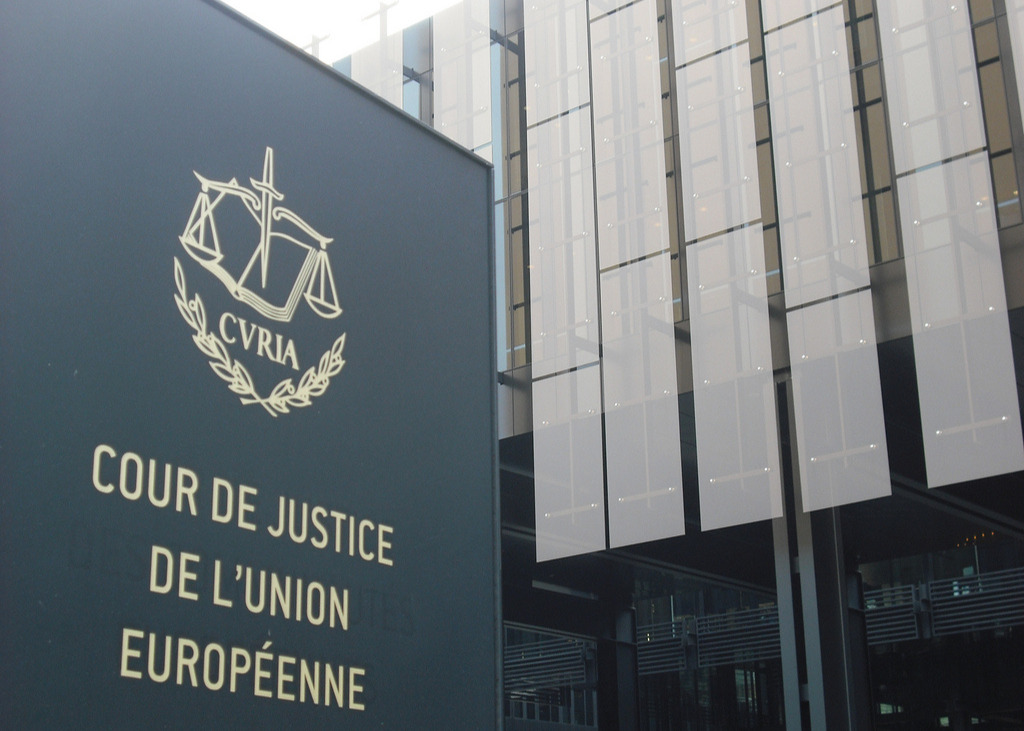