Oulu-based startup company Cerenion’s C-Trend® medical device software makes it easy to interpret the EEG of intensive care patients. The company aims to license the brain function monitoring technology to major medical device manufacturers – with the help of IPR investments. Cerenion got started through the university and with support from Business Finland.

When a startup company’s growth targets are on the global market, it becomes necessary to build a strong IPR foundation from the outset. Cerenion, which combines information technology, artificial intelligence and medical expertise, was originally conceived in a research group at the University of Oulu. The first inventions to be protected were also created there.

“We have a long history of collaboration with Kolster, as the IPR cooperation began in a research project as early as in 2015, two years before Cerenion was founded in the spring of 2017. The first two patent applications were drafted at Kolster in the name of the University of Oulu, from where they were later transferred to the company that we founded to commercialise the technology”, Cerenion’s CEO Jukka Kortelainen says.

Cerenion now holds significant patent assets that have been accumulated with the maturation of the commercial product. A fourth patent family is already emerging around the innovation, and the technology has been granted patents in as many as six countries in Europe, as well as in Japan and the United States. New applications to extend patent protection are pending, and more country-specific patents are expected to appear in the portfolio in the near future.

“Patents and other IPR assets are absolutely central to future business. They have also been important in demonstrating credibility to financiers, who have enabled the technology to be developed into a finished commercial product.”

The invention solves a problem in intensive care

The interdisciplinary invention was given its first impetus when Jukka Kortelainen, MD, PhD (Eng.), who had written his doctoral dissertation about EEG-based depth of anaesthesia measurement, was working in the Intensive Care Unit of the Oulu University Hospital. As a doctor, he woke up to the fact that there was no easy-to-use tool available for assessing the brain function of intensive care patients.

“In intensive care, heart and lung function can be monitored as routine procedures, but the brain receives less attention because it is quite difficult to monitor the brain function of a patient who is under anaesthesia. However, inadequate monitoring of brain function can significantly impair the patient’s care and prognosis for recovery”, Kortelainen describes the practical problem.

He began collecting pilot research data from the EEG recordings of resuscitated cardiac arrest patients. A research finding emerged already based on the initial data: a certain type of phenomenon in the slow wave activity of the brain. This phenomenon could be used in prognostic estimates for patient recovery.

“The phenomenon visible in the EEG shows whether or not the patient suffers from brain injury as a result of a lack of oxygen. Based on this, we have developed an analysis tool that automatically describes the status of the brain with a single numerical value from zero to one hundred. We simplify a complex EEG signal that is difficult to interpret into a single parameter that can be easily interpreted even by a person who is not accustomed to EEG analysis as such. Medical staff quickly receive information about brain function and are immediately able to respond to treatment needs. The same software technology may potentially be used in the future to develop new types of treatment methods to promote patient recovery as well.”

Additional research and clinical evidence was sought using new, more extensive research material in a research project at the University of Oulu, and the technology was developed and tested for a couple of years in cooperation with the Oulu University Hospital before Cerenion was founded. Kortelainen is one of Cerenion’s four founders.

The initial funding for the commercialisation of the technology was received through Business Finland’s Research to Business project funding.

“It also enabled us to finance the first patent applications and lay the groundwork for starting a company. When the project ended, we founded Cerenion, and all the key people who had worked in the project joined the company.”

Cerenion also made effective use of other public funding: Business Finland’s Tempo funding, an R&D loan and EU regional development funding coordinated by the ELY Centre.

“Getting the first private equity investment firms, Butterfly Ventures and Icebreaker.vc, involved in 2018 meant very significant seed money for us to expand clinical trials, work towards a certified medical device and get the business up and running. As a follow-up, we raised significant additional funding in a crowdfunding round with the investment house Springvest last autumn, attracting nearly 400 new domestic investors to join the company.”

In total, Cerenion has raised more than EUR 3 million to commercialise its technology on the global market.

“What was very significant for getting investors involved was that we could already demonstrate strong patent protection and commercial potential for our technology. Product development and market entry times are relatively long with medical devices and software, so it is necessary to be able to demonstrate to investors that we will succeed on the international market.”

There are tens of thousands of modern intensive care units around the world and, according to Cerenion, the potential total market for the new technology is worth billions.

“Our share of this total market can be several hundred million through technology licensing.”

Health technology is one of the fastest growing high-tech export sectors in Finland, and Cerenion intends to contribute to this growth as well. The company was also recently listed as one of the most promising artificial intelligence companies in Finland. 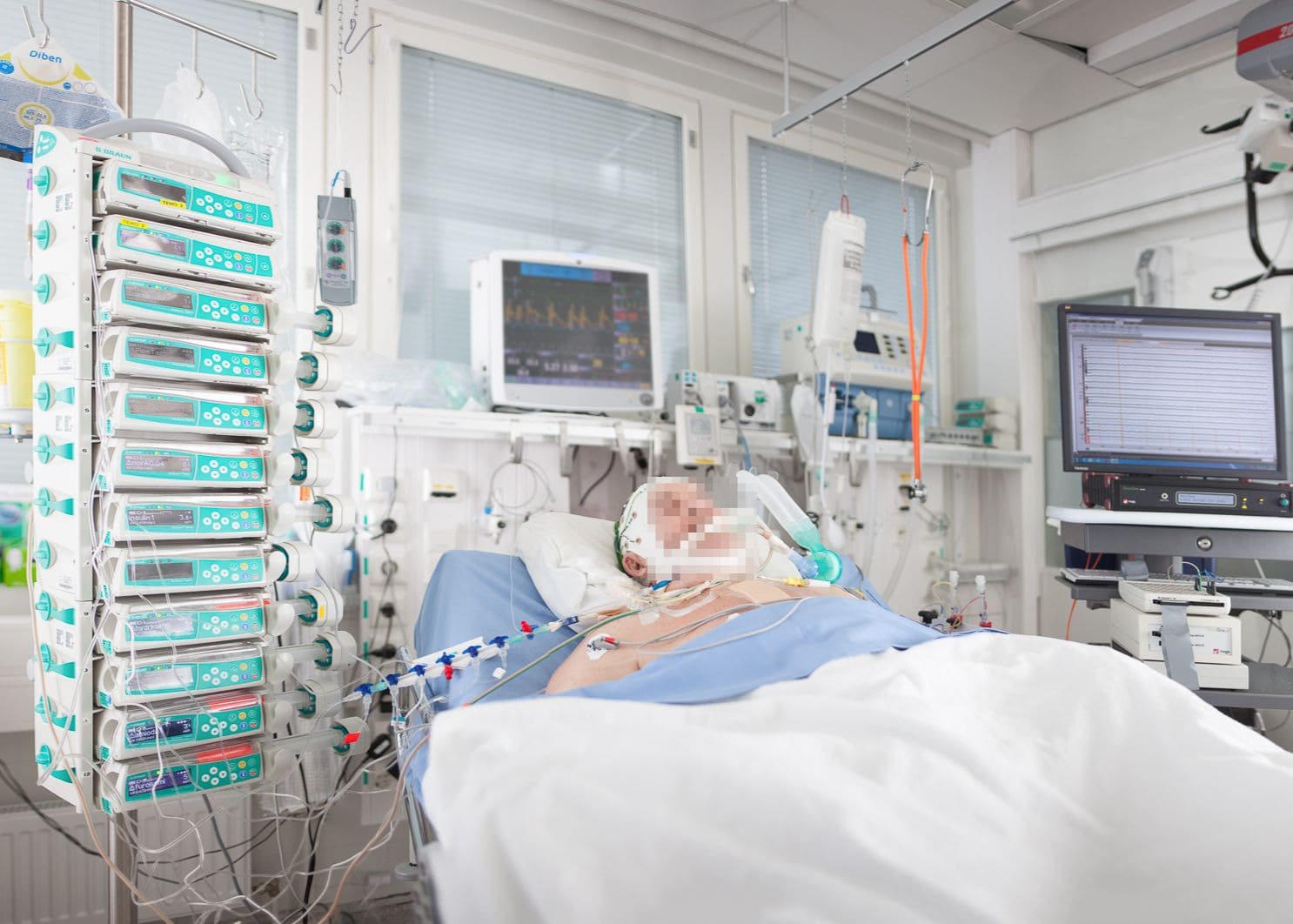 Cerenion aims to license its technology to major medical device manufacturers, so patents are the most important cornerstone of the business.

“We have wanted to make sure that we do not carry out long-term product development for free to be exploited by large companies. IPR investments have been essential for future business.”

According to Kortelainen, the decisive factor in choosing a patent partner was experience in software and artificial intelligence inventions as well as medical devices. Kolster’s European Patent Attorney Arto Karppinen has been responsible for Cerenion’s patent applications from the very beginning.

“Understanding patent language and responding to the official actions of patent offices in different countries is challenging, but through Kolster’s service, the international patenting process has been made as easy, smooth and clear for us as possible. Arto has come up with good and fully-fledged suggestions on how to move forward. For example, obtaining US patents was particularly important to us, and an attorney presenting the right arguments to the examiner was crucial for the patents to go through”, Kortelainen describes the cooperation.

Cerenion® has built additional protection for the technology it has developed by protecting the company name, the C-logo, which symbolises the hemispheres of the brain, as well as the name of the C-Trend® software library with trademark registrations. Kolster's IP Lawyer has acted as an expert in brand protection.

“We had good discussions about what can and should be protected by a trademark, in which categories of goods and services, and whether the scope of protection and classifications can be limited in some market areas. During the process, it also emerged that our company name is close to a trademark previously registered by a large company. However, the matter was settled nicely and the company did not file an opposition against our trademark registration”, Kortelainen says.

Cerenion has also initiated a design right application for the user interface, in which the information processed from the EEG is displayed in a specific way on the device screen. The design rights protection is being handled by Pekka Ristikaarto, who is well-acquainted with software-based devices.

“I got the idea for design rights protection from Kolster’s webinar. Protecting the graphical interface had been brewing up in the back of my mind, and the idea was activated as I listened to the webinar. I believe that it provides good additional protection for our technical solution patents.”

Licensing as a business model

At Cerenion, there is a strong belief that patents and other IPR investments will pay for themselves many times over through licensing partnerships.

The company has high internationalisation targets and is currently awaiting European CE certification confirmed by the authorities for its product, and with it a marketing authorisation.

“We have provided the required documents and sufficient clinical research evidence. We will be able to start sales later this year.”

Cerenion does not intend to manufacture the devices itself, but will instead focus on supplying software products to major EEG and patient monitor manufacturers. The first strategic partner is the Oulu-based listed company Bittium, which has already been granted a marketing authorisation in Europe for its own Bittium Brain Status™ device, into which Cerenion’s C-Trend® software library will be integrated.

“Our vision is to make advanced brain function measurement a routine in intensive care as widely as possible in Europe, the United States and Asia, together with our strategic partners. The technology is now ready for that.”

Do you seek for IPR or legal expertise to protect and commercialise your unique technology or business idea?