Abloy – the lock that can’t be picked

The Abloy lock, an example of Finnish precision engineering ingenuity, is the invention of Emil Henriksson. Henriksson discovered that the mechanical principle of counter-plates rotating in a cash register cylinder can also be applied to locks. His invention was patented both in Finland and internationally.

Chaining up an escape artist. Once there’s enough steel wrapped around a person to prevent them from moving at all, the chains are fastened together with a single lock. The escapologist takes a single breath before being submerged in a water tank. Just one breath to pick the lock. As the seconds tick away, he struggles to free himself. The lock won’t open.

For the last 110 years, Abloy locks have been almost impossible to pick.

We asked Tapio Äkräs, Kolster’s Director of Patents, just how significant an invention the Abloy lock is.

Without doubt, the Abloy lock is one of the most important Finnish inventions of all time. It’s part of most people’s everyday – perhaps as a door lock at home or at work. In addition to the many modern locks Abloy produces, the classic Abloy padlock’s iconic appearance is world-renowned.

A precision mechanic by trade, Emil Henriksson, patented the basic idea behind his Abloy lock at the turn of the 20th century, and the lock came to seize the market almost immediately thereafter.

The new lock mechanism, the so-called disc tumbler lock, made it possible to make an unlimited number of different kinds of keys that were very difficult to copy. Henriksson’s idea was exceptional. So much so that the disc tumbler cylinder lock has retained its place as one of the best locking mechanisms for more than a century since it first hit the market.

What kinds of locks was the Abloy competing with when it was first launched?

In the early 20th century, the leading lock manufacturer was the American company Yale, whose lock was based on a pin tumbler cylinder mechanism. It remains one of the most common forms of lock available today.

How did the patenting of the Abloy lock get under way?

Emil Henriksson had invented a completely new kind of cylinder lock that was not only more secure but also cleverly designed to around the patent coverage of the prior lock mechanisms. It was perhaps Henriksson’s background experience in precision engineering that led to him to develop a totally new type of lock mechanism. He had previously repaired many kinds of specialist equipment such as cash registers.

Disc tumbler cylinders were used in some of the cash register designs for calculation operations. Henriksson cottoned on to the idea that this principle could be also applied to lock cylinders.

He set about refining his basic vision and, following several iterations and the passing years, he was ready to apply for patent number FI7230 with a title “Henriksson Patent Lock” for his security lock in 1919. The patent protection was extended in the same year to several other countries, including the USA (US Patent 1515318). Eventually, Henriksson established the AB Lukkotehdas Oy factory. The name of the product the Abloy lock - is an abbreviation of the company name. The Abloy brand was also protected by several trademarks.

What characteristics best sum up the Abloy lock? 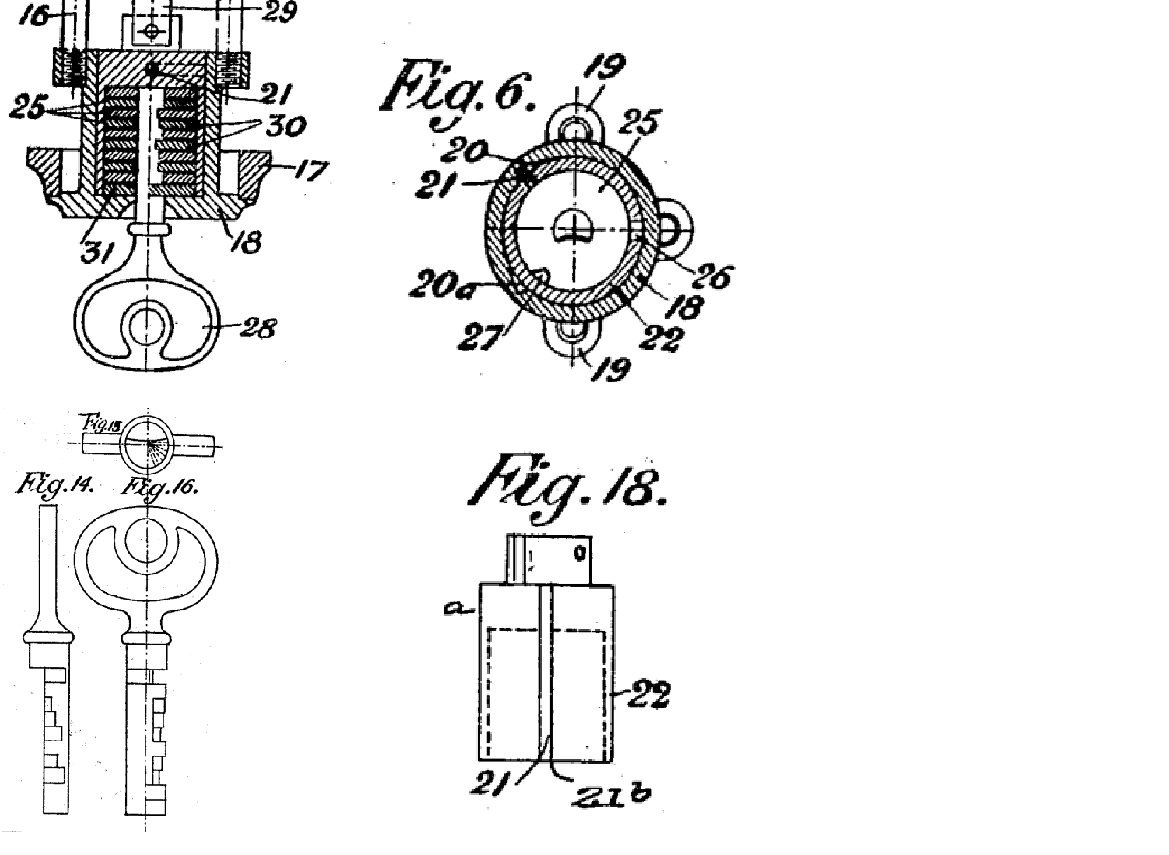 What about today's digital locks?

Could an electronic lock work with the electricity generated from the kinetic energy of the key? This pondering gave rise to another Finnish success story and the lock pioneer iLOQ.